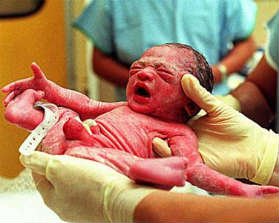 Childbirth is not an illness, strictly speaking, it is an event and defined as “the culmination of a human pregnancy or gestation period with the birth of one or more newborn infants from a woman's uterus”.

But, if you would like to find out why such an extraordinarily large number of women have spiritual experiences during childbirth, then please read  on.

The process of normal human childbirth is categorized in three stages of labour:

An extraordinarily large number of women have spiritual experiences during childbirth ranging from ‘unity and ecstasy’, past lives, past perceptions, out of body, near death, out of time, hallucinations and visions to simple improved perception. 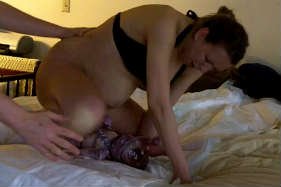 A very informal study that I undertook of friends and acquaintances showed that 2 out of every 3 women had had something.  Given the very very high prevalence of the phenomenon, it is extraordinary that no one has done a systematic study, as they did for near death experiences, but as far as I can ascertain [looking at the Pubmed site] they haven’t.  The only study that I could find is mentioned in the observations. 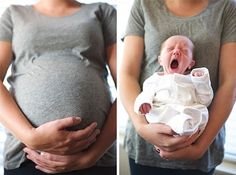 There are a number of mechanisms by which spiritual experience could be obtained during childbirth.  Some of the anaesthetics and gases used can be a cause, some of the other pharmaceuticals can also be a cause, but from the observations I gathered the three main causes are, emotional overload, extreme pain and hypoxia.

Because humans are bipedal with an erect stance and have, in relation to the size of the pelvis, the biggest head of any mammalian species, human fetuses and human female pelvises are adapted to make birth possible.  Despite this, labour is always accompanied by excruciating pain, made worse if the specific sequence of manoevres required to get the baby’s large bony head and shoulders to pass through the bony ring of the pelvis fails.  The human body has a chemical response to pain, by releasing endorphins but until they do, the pain stays 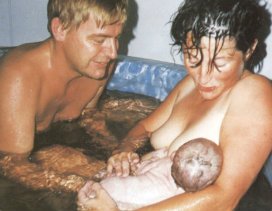 Childbirth can be an intense event and strong emotions, both positive and negative, can be brought to the surface.

Emotional trauma doesn’t still the senses, it can flood the senses.  And any extremely high level of emotion,  has the effect of completely confusing the Will, which has no armoury of learnt function it can use to handle the event.  Spiritual experiences are often a result of the first birth, second births are less likely to produce experiences because we have learnt.

Childbirth is an inherently dangerous and risky activity, subject to many complications. Every year, more than half a million women die in pregnancy or childbirth.  The "natural" mortality rate of childbirth—where nothing is done to avert maternal death—has been estimated as being 1,500 deaths per 100,000 births.  Modern medicine has greatly alleviated the risk of childbirth in modern Western countries.  In countries such as the United States or Sweden, the current maternal mortality rate is around 10 deaths per 100,000 births.  This contrasts, however, with a figure of 900 per 100,000 live births in Sub-Saharan Africa.

Haemorrhage, or heavy blood loss, is still the leading cause of death of birthing mothers in the world today, especially in the developing world.

Heavy blood loss leads to what is called hypovolemic shock. Hypovolemic shock is simply Shock caused by blood loss.  The blood loss alone is often enough to cause hypoxia, however, the shock itself exacerbates the problem.  As the blood carries oxygen and nutrients around the body, reduced flow hinders the delivery of these components to the tissues, and can stop the tissues from functioning properly.  Shock can have a variety of effects, all with similar outcomes, but all relate to a problem with the body's circulatory system. For example, shock may lead to cardiac arrest (the heart stopping).

In logical terms, however, hypoxia is the ultimate threat to the Will.  And the Will responds by shutting down non essential systems – parts of Memory, advanced Reasoning and so on.  Eventually it gives up and the Composer takes over.