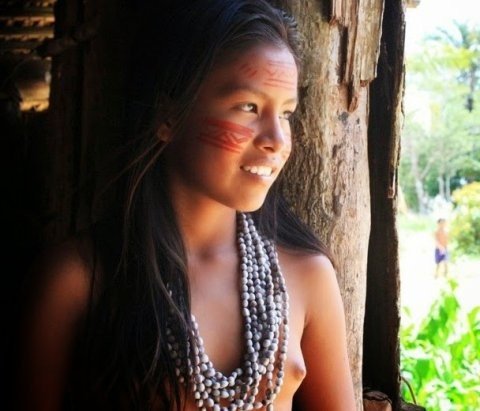 Reichel-Dolmatoff was again thinking physically whereas the Indians were talking symbolically, but this time, thankfully, only a bit of distortion took place in his account and it is clear where it happens because he prefaces it with 'of course' .  I have removed it.  .................

In the dimension of hallucinations man can obtain good and find divine illumination, but, in taking undue advantage of this state, he can also cause evil.

The colour blue is attributed to the Milky Way, which is intermediate between the solar yellow and the terrestrial red. For the Desana, blue is also conceived of in terms of an essential ambivalence because, associated as it is with the sky and supernatural beings, it has a beneficient aspect; but as it is also associated with putrefaction, vomit, and wounds, it has an evil connotation.

A third factor enters here; the smoke of tobacco, which is smoked ceremonially and rises to the skies, is essentially a communicating vehicle uniting the Milky Way with our world.