Rivea corymbosa is known to natives of Mexico as Ololiúqui (also spelled ololiuhqui or ololiuqui).  We originally had the description for this plant in the science section, but after some help from a contact to the site, [thank you Balder]  we decided that its description needed to be moved and adjusted in light of what we found from Dr Duke's database. 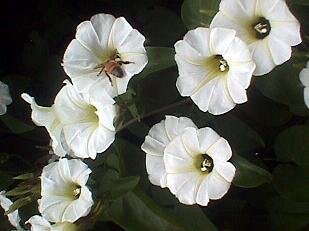 Rivea corymbosa is a species of morning glory, native throughout Latin America from Mexico in the North to Peru in the South and widely naturalised elsewhere.  Its common name is Snakeplant, but here are so many 'snakeplants' that we have left its description under its botanical name to avoid confusion.

This species is an invasive species to the United States. As well as to Australia, where it has become more naturalized.

It is a perennial climbing vine with white flowers, often planted as an ornamental plant. This plant also occurs in Cuba, where it usually blooms from early December to February. Its flowers secrete copious amount of nectar, and the honey the bees make from it is very clear and aromatic. It is considered one of the main honey plants from the island. 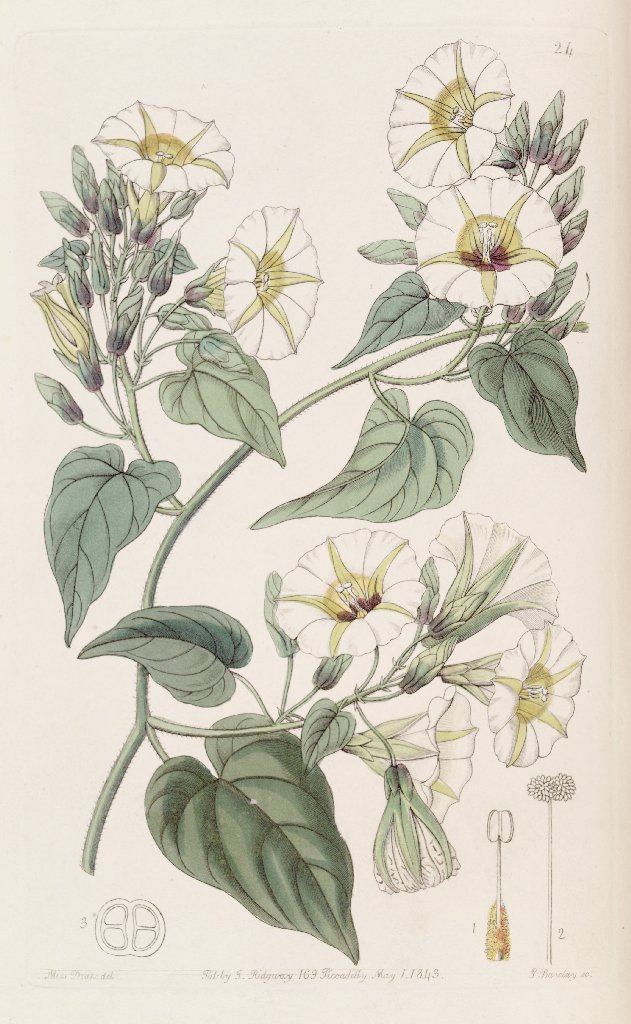 In 1941, Richard Evans Schultes first identified ololiuhqui as Rivea corymbosa and the chemical composition was first described on August 18, 1960, in a paper by Dr. Albert Hofmann. The seeds contain ergine (LSA), an ergoline alkaloid similar in structure to LSD, but not LSD.  At the time Dr Hofmann was looking for an easily grown or acquired source for LSA besides the Claviceps fungus.

The Nahuatl word ololiuhqui means "round thing", and refers to the small, brown, oval seeds of the morning glory, not the plant itself, which is called coaxihuitl, "snake-plant", in Nahuatl, and hiedra or bejuco in the Spanish language.   The native peoples were well aware of the dangers of the plant and treated it extremely cautiously, only very well trained shaman healers were allowed to use it, as overdosing could produce severe delirium.  It is worth pointing out that the Ergot fungi can produce Ergotism.

The plant  has, rather unfortunately, acquired the reputation of being a 'legal high', because its seeds contains chemicals which can be used to manufacture LSD.  The logic behind this escapes me, as LSD is not chemically the same as these chemicals, however, since logic appears not to form a part of the 'legal high' thinking, this is what we have.

It makes one besotted; it deranges one, troubles one, maddens one, makes one possessed. He who eats it, who drinks it, sees many things which greatly terrify him. He is really frightened [by the] poisonous serpent which he sees for that reason. 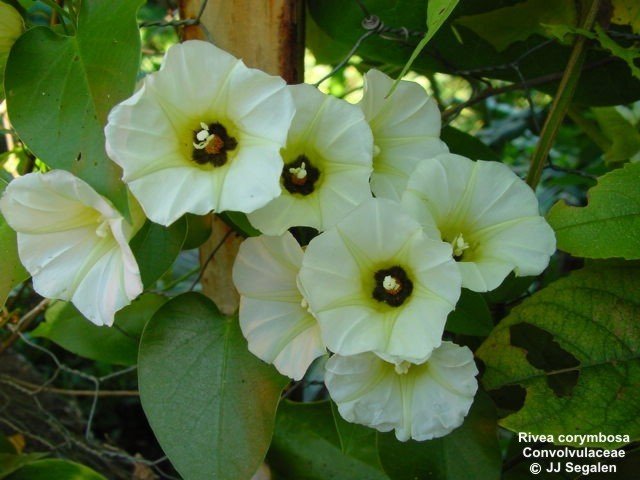 According to EROWID the seeds of Rivea corymbosa were  "perhaps the most common hallucinogenic drug used by the natives".

But the main use to which this plant appears to be have been put is actually medicinal not hallucinogenic.  The constituents of Rivea Corymbosa are not dissimilar to those in the Ergot fungus, with one major exception.  If you glance at the observation from Dr Duke that contains an analysis of the plant, it contains chemicals such as Isoergine [the hallucinogenic chemical], ergine and ergometrine.

If we look at the Ergot fungi, Ergot extract is used in pharmaceutical preparations, including Ergot alkaloids in products such as Cafergot (containing caffeine and ergotamine  or ergoline) to treat migraine headaches, and ergometrine, used to induce uterine contractions and to control bleeding after childbirth.

Dr Duke's analysis simply reinforces this.  He lists the activity for Ergometrine to be:

In a sense therefore this is dangerous medicine if you are preganant or want to have children.  On the other hand one could look on it as a sort of contraceptive.  Clearly it is medicine, because it has a set of well defined functions.

The other key chemical in the seed is Tryptophan.  Tryptophan as you will see from the description in this chemical's entry on the site is an esssential amino acid.  Let us now look at the activities of tryptophan as described in Dr Duke's analysis.  At low to moderate doses it is:

and so on.  At high doses it can do harm.  If we look at this analysis, the use of Ergot alkaloids in products such as Cafergot (containing caffeine and ergotamine  or ergoline) to treat migraine headaches is extremely misguided, because the actual activity for helping migraines comes from the Tryptophan, not the ergot derivates.

Tryptophan occurs in a number of foods, so there is no point in stuffing yourself full of Rivea Corymbosa seeds to become a relaxed individual, but there does seem to be some application here that is being missed for the seed as a whole in producing a contraceptive that puts you in a good mood!  This sounds somewhat frivolous and is certainly not scientific, but at extremely low doses it is at least worth exploring by the research community. 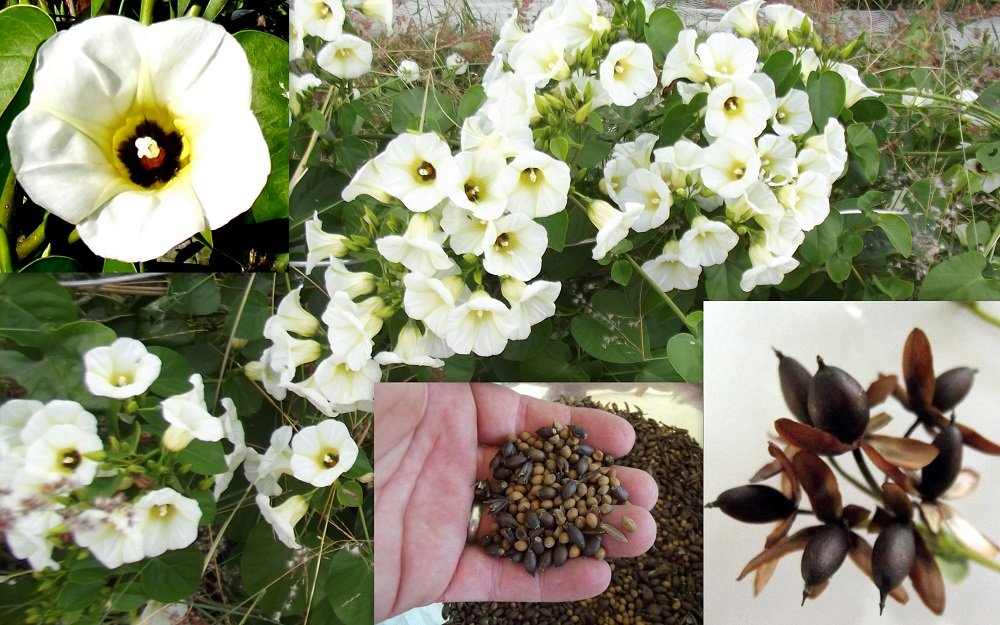 If  Rivea corymbosa causes any hallucinations at all it is probably because of poisoning - overdosing.