The wolf takes on the symbolism of all animals.  The symbolic meaning and role of wolves depends entirely on the culture in which the wolf is seen in visions or dreams. 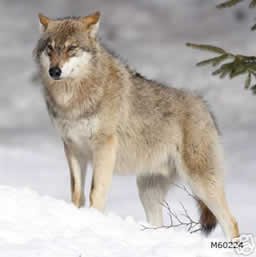 In cultures where the wolf is admired for its hardiness, intelligence, ability to work in groups; its beauty, daring and cunning and its speed, the wolf is a revered creature.  Overall, these  cultures tend to be hunter gatherer based.
Many shamans commune with wolves and also in trance states ‘become’ wolves - that is they believe themselves to be wolves and feel and act like a wolf.  Where a society revered a wolf for its intelligence and speed in hunting for example, this transformation could only be positive – the hunter in a trance became as good at hunting as the wolf.

To pastoralists as opposed to hunter gatherers, the wolf was a reviled animal, principally because the pastoralist’s flock becomes the wolf’s prey.

Hans Peter Duerr - Dreamtime
According to old Norse law and even much later, the wolf was deprived of the protection of the law.  The Sachsenspiegel, for instance, provides that by the king’s orders in the land of Saxony, wild animals were to be left in peace, except for bears, wolves and foxes.

The Old Testament of the Bible contains 13 references to wolves, usually as metaphors for greed and destructiveness, principally because the Jews were pastoralists.   In the New Testament, Jesus is quoted to have used wolves as illustrations to the dangers His followers faced.  And to understand the full meaning of this, we need also to understand the symbolism of the shepherd.

One of the attributes of a wolf is that it works in packs and co-operates with the group – an attribute much valued in hunter gatherer societies.  Once a wolf decides to ‘go it alone’ it becomes an outcast and we have picked up this idea in the expression the ‘lone wolf’ – with its negative overtones of unpredictability and anti-society behaviour.
The similarities between the hunter gatherer communities and the wolf packs in their organisation and approach to survival were so many that many hunter gatherers formed close bonds with wolves, both worked with them to hunt and ‘communicated’ with them.

It is possible that the legends of the were wolf were devised by people from pastoralist society who came into contact with people still practicing the shamanic practices they had kept from hunter gatherer days.  The descriptions which are given in old books are almost identical to those which describe the methods used to go into trance states by so called ‘witches’ – female shamans  …..

Richard Verstegan  - Restitution of Decayed Intelligence, 1628
are certayne sorcerers, who having annoynted their bodies with an ointment which they make by the instinct of the devil, and putting on a certayne inchaunted girdle, does not only unto the view of others seem as wolves, but to their own thinking have both the shape and nature of wolves, so long as they wear the said girdle. And they do dispose themselves as very wolves, in worrying and killing, and most of humane creatures.

In effect, the shaman rubs on the ointment, has a vision in which he perceives himself to be a wolf and then starts to behave like a wolf.  Except that because the writer is from a pastoralist based society – the 1600s was a time of sheep rearing in much of Europe  – he would regard the wolf as a danger -  ‘worrying and killing’.

The perception is false as most wolves avoid humans and are frightened of them.  Man is the wolf’s only enemy/predator. 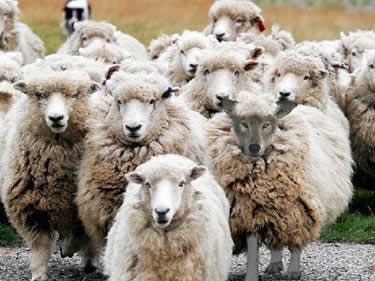