Both the Norse peoples and it seems Nicholas Roerich believe in Armageddon or Judgement Day.

The wolf also has extremely special significance in Norse myth.

The wolves Geri and Freki, for example,  were the Norse god Odin's faithful pets who were reputed to be "of good omen."

But, Norse mythology describes three malevolent wolves - the giant Fenrir, who was feared and hated by the Æsir, and Fenrisulfr's children, Skoll and Hati.

Fenrir is bound by the gods, but is ultimately destined to grow too large for his bonds and devour Odin during the course of Ragnarök. At that time, he will have grown so large that his upper jaw touches the sky while his lower touches the earth when he gapes. He will be slain by Odin's son, Viðarr.  Fenrir's two offspring will according to legend, devour the sun and moon at Ragnarök.

Ragnarök is thus the  "final destiny of the gods" which a great battle foretold to ultimately result in the death of gods Odin, Thor, Freyr, Heimdall, and the jötunn Loki, the occurrence of various natural disasters, and the subsequent submersion of the world in water. Afterward, the world resurfaces anew and fertile, the surviving gods meet, and the world is repopulated by two human survivors.

The end of time before ragnarok, the twilight of the gods when all order ceased and things were turned upside down was called vargold ‘wolf’s time’ by the Voluspa 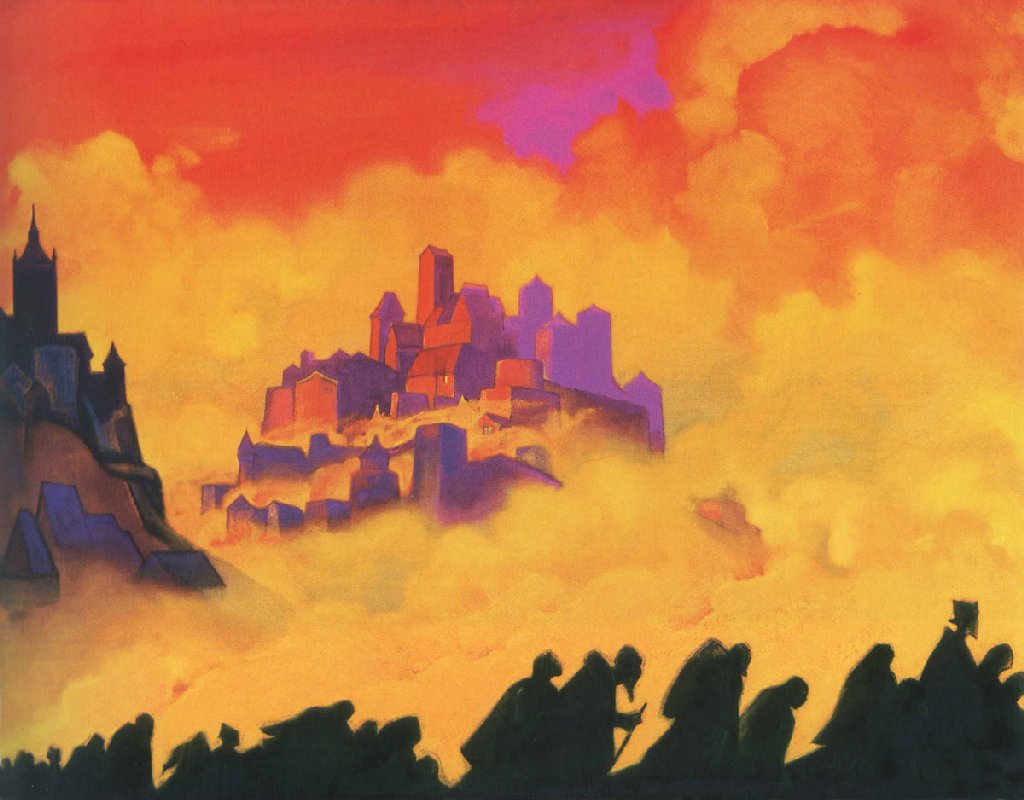