Did the Wolf become Leo?  The Picts knew no such animal as the Lion, as such they would not have had a lion as a symbol, - whether Totem Group or Sign of Zodiac -  but the regal nature of the wolf, its characteristics as a leader of a pack of wolves that work as a team, and the wonderfully protective nature of wolves with their pack, may mean there was equivalence here.  Before sheep came along, wolves were revered not hunted.

Whether the constellation maps too is another area of speculation entirely. 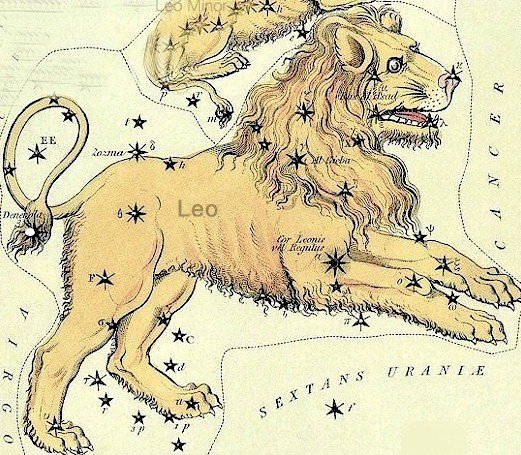 Comparison of wolf and fox 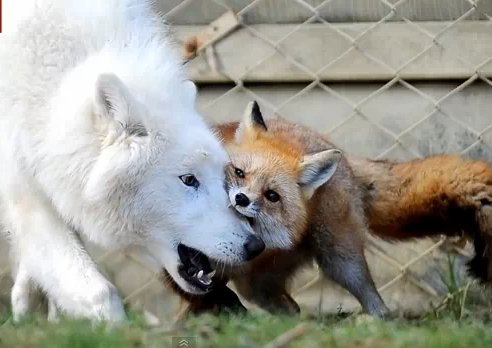 The wolf was a Totem animal and thus by definition a Sign of the Zodiac.  It is not known what constellation it was mapped to - there seem to be no correspondences between current choices for constellations to map to Signs of the Zodiac and this ancient system.  The current naming and symbolism used is more Greek in origin. 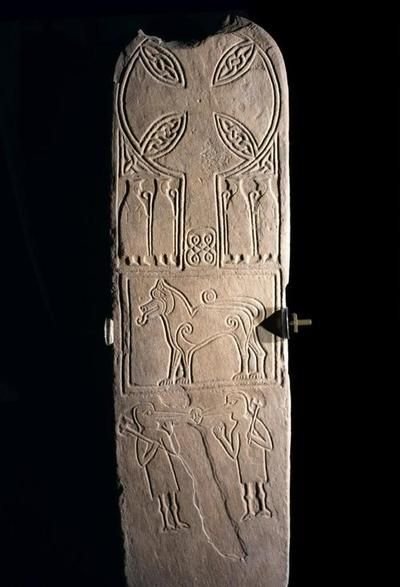 The stone shows the Wolf Sign of the Zodiac and two 'bird men' - shamans - with double headed axes. So for example it might read "In this wheelhouse you will find two shamans able to shape shift into birds from the Wolf Totem group/clan"

In the stone below we have the wolf with a stag, possibly indicating two Totem Groups together, on an Egg shape cross, indicating perhaps that two Totem groups lived to the South east of a centre of considerable religious significance - a citadel 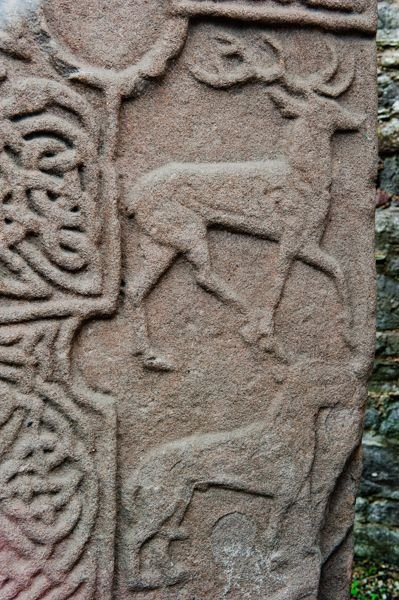