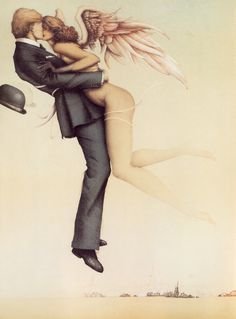 A succubus is a female supernatural entity that appears in dreams and takes the form of a human woman in order to seduce men, and as the academic definition of this goes “usually through sexual activity”.

The word 'haggard' comes from this concept, as the word was originally 'Hag-rid' or being ridden by the Hag.  it presumably describes the state the man is in after it has happened.  I've seen many men in this state myself .... but not necessarily because of me.

The word nightmare also has similar origins and comes from the Anglo Saxon word 'mare' or 'crusher - hence nightmare, something that crushes you in the night.

“Religious traditions hold that repeated sexual activity with a succubus may result in the deterioration of health or even death”.  Although there don’t seem to be many cases of this on PubMed.  There seem to be far more excited males on Youtube all claiming it happened to them. 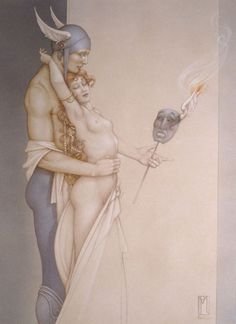 According to the Malleus Maleficarum, or "Witches' Hammer", written by Heinrich Kramer (Institoris) in 1486, a succubus “collects semen from the men she seduces, passes it to the incubi, who then use the semen to impregnate human females”, thus giving the established Churches a reason to hound illegitimate children and call them the children of the devil, whilst diverting attention from the priest who may have been responsible in the first place [sorry a bit of cynicism here].

In Arabian mythology, the qarînah (قرينة) is a spirit similar to the succubus, “with origins possibly in ancient Egyptian religion or in the animistic beliefs of pre-Islamic Arabia”.  A qarînah "sleeps with the person and has relations during sleep as is known by the dreams."

Wikipedia
“In the field of medicine, there is some belief that the stories relating to encounters with succubi can be ascribed to the condition known as sleep paralysis. It is therefore suggested that historical accounts of people experiencing encounters with succubi may rather have been symptoms of sleep paralysis, with the hallucination of the said creatures coming from their contemporary culture”.

Michael Parkes - Diamond warrior [incubuses are quite fun too] 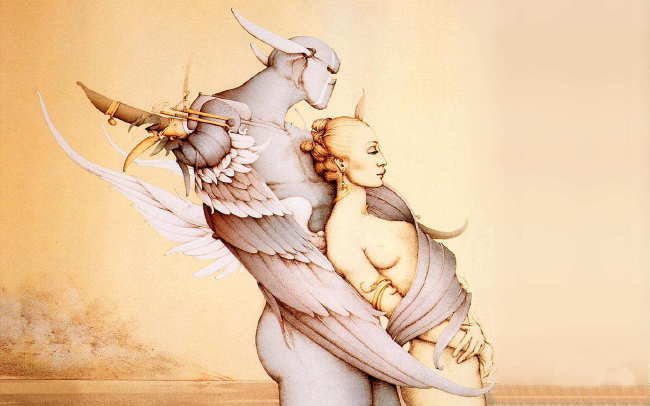