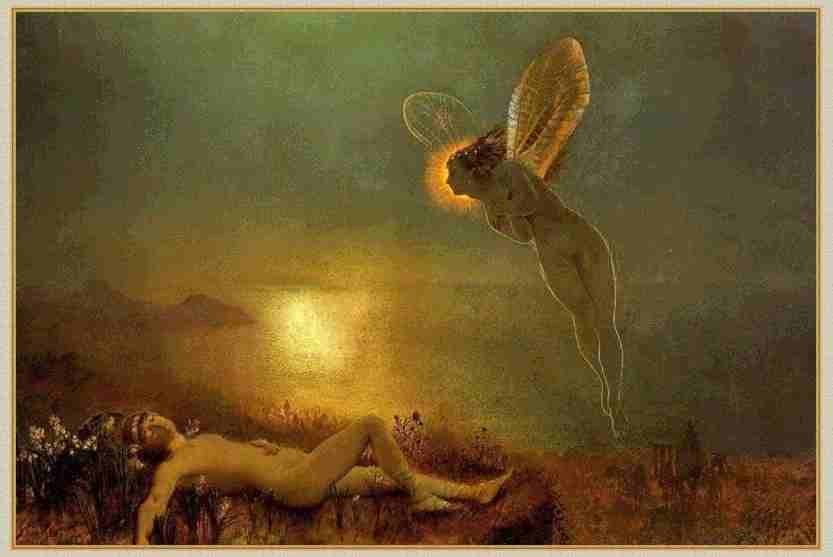 THE TESTIMONY OF MURDOCH MACLEAN

The husband of Marian MacLean had entered while the last stories were being told, and when they were ended the spirit was on him, and wishing to give his testimony he began:--

Lachlann's Fairy Mistress.--'My grandmother, Catherine MacInnis, used to tell about a man named Lachlann, whom she knew, being in love with a fairy woman. The fairy woman made it a point to see Lachlann every night, and he being worn out with her began to fear her. Things got so bad at last that he decided to go to America to escape the fairy woman. As soon as the plan was fixed, and he was about to emigrate, women who were milking at sunset out in the meadows heard very audibly the fairy woman singing this song:--

What will the brown-haired woman do
When Lachlann is on the billows?

'Lachlann emigrated to Cape Breton, landing in Nova Scotia; and in his first letter home to his friends he stated that the same fairy woman was haunting him there in America.'

Nature of Fairies.--'Previous to his story-telling Murdoch had heard us discussing the nature and powers of fairies, and at the end of this account he volunteered, without our asking for it, an opinion of his own:--'This (the story just told by him) leads me to believe that the spirit and body [of a mortal] are somehow mystically combined by fairy enchantment, for the fairies had a mighty power of enchanting natural people, and could transform the physical body in some way. It cannot be but that the fairies are spirits. According to my belief they cannot be anything but spirits. My firm belief, however, is that they are not the spirits of dead men, but are the fallen angels.'