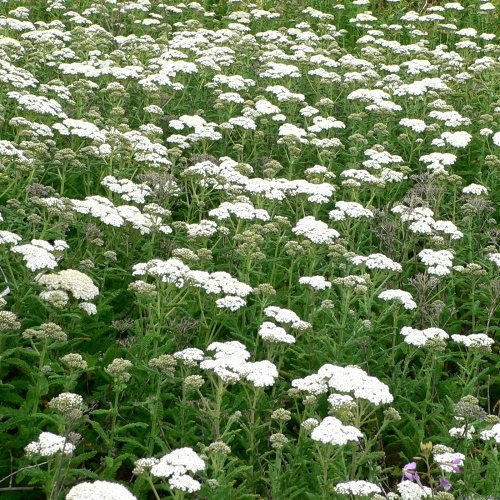 Yarrow’s botanical name is Achillea millefolium, it is a flowering plant in the family Asteraceae.

Yarrow was once regarded as a sacred plant for its healing ability and its ‘magical’ properties.

In the Hebrides a leaf held against the eyes was believed to give second sight.  The Zuni people used Yarrow before fire-walking or fire-eating.  Chinese proverbs claim that Yarrow ‘brightens the eyes and promotes intelligence’. Both Yarrow and tortoiseshell are considered to be lucky in Chinese tradition.  Yarrow was used in traditional Native American herbal medicine by tribes across the continent.  It was considered to be a "life medicine".

Its gradual fall from favour outside these cultures may have much to do with our changing approach to War.  Yarrow was used a great deal at one time on the battlefield, as it can staunch the blood of wounds and induce clotting.  In antiquity, yarrow was even known as herbal militaris.  In classical Greece, Homer tells of the centaur Chiron, who conveyed herbal secrets to his human pupils, and taught Achilles to use yarrow on the battle grounds of Troy.  The genus name Achillea is derived from the name of the Greek god, Achilles. This medicinal action is also reflected in some of its common names such as staunchweed, soldier's woundwort, nosebleed plant, sanguinary, bloodwort, carpenter's weed [presumably because carpenter’s often cut themselves from saws], death flower, stanchweed, and woundwort.

When it is used in gardens its names tend to reflect its appearance when it is known as Milfoil, thousand-leaf, and thousand-seal, milefoil, milefolium, millefoil, and noble yarrow. 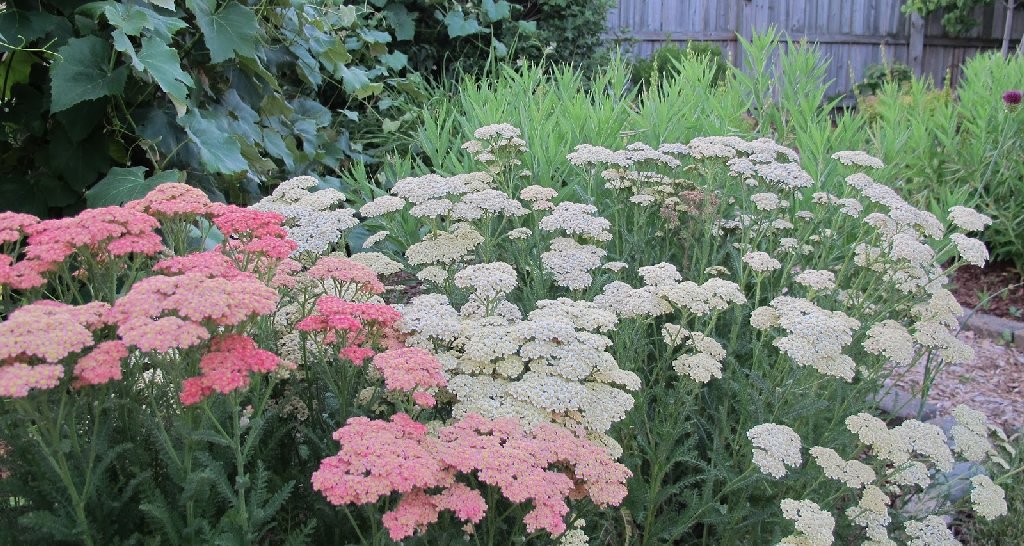 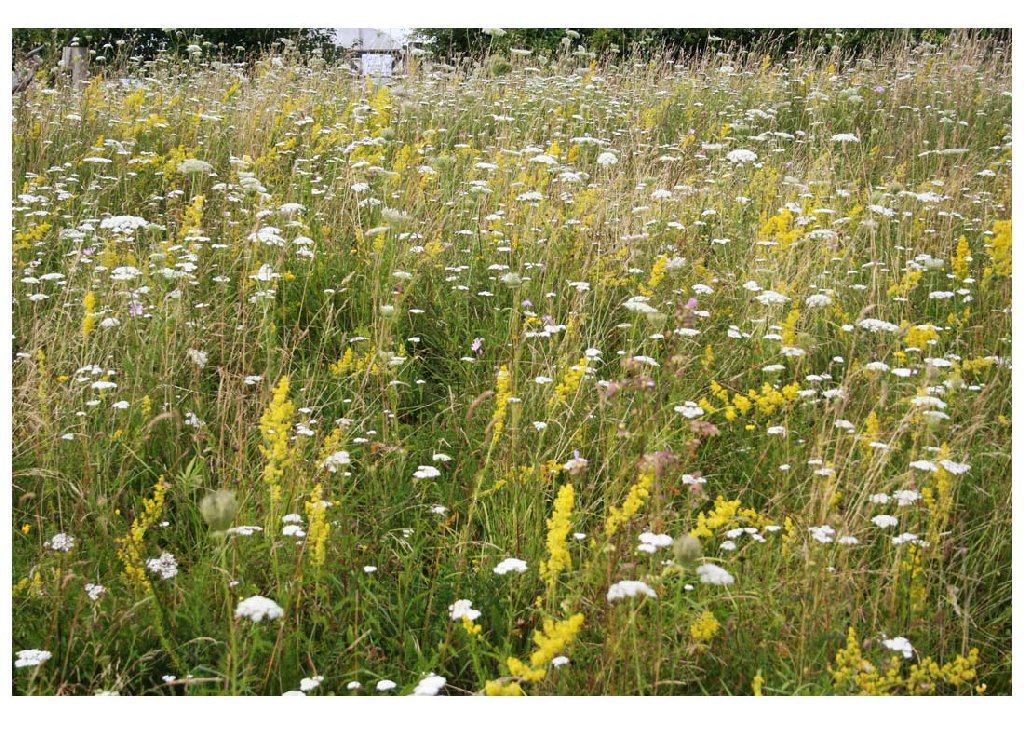 Achillea millefolium is an erect herbaceous perennial plant that produces one to several stems 0.2–1 metre (0.66–3.28 ft) in height, and has a ‘spreading rhizomatous growth form’. The leaves have varying degrees of hairiness and are from 5–20 cm long, feathery, and arranged spirally on the stems. The flower head [inflorescence] has a number of smaller flowers of varying colours ranging from white to pink. Some cultivated varieties are deeper colours and can even be a very dark pink.

The plant has a strong, sweet scent, similar to chrysanthemum and it very popular with insects of all kinds. 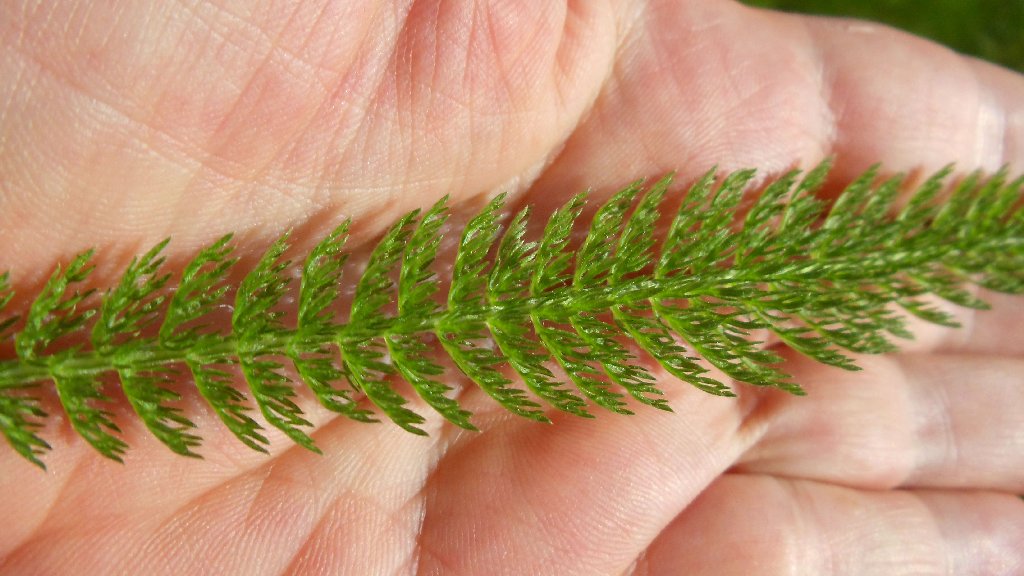 Yarrow is a very tolerant plant.  It prefers well-drained soil in full sun, but can be grown in less ideal conditions.  It will grow from sea level to 3,500 metres (11,500 ft) in elevation. The plant commonly flowers from May through June. Common yarrow is frequently found in the mildly disturbed soil of grasslands and open forests. Active growth occurs in the spring.

For propagation, seeds require light for germination, so optimal germination occurs when planted no deeper than one-quarter inch (6 mm). Seeds also require a germination temperature of 18-24° (64-75 °F). It has a relatively short life in some situations, but may be prolonged by division in the spring every other year, and planting 12 to 18 in (30–46 cm) apart. 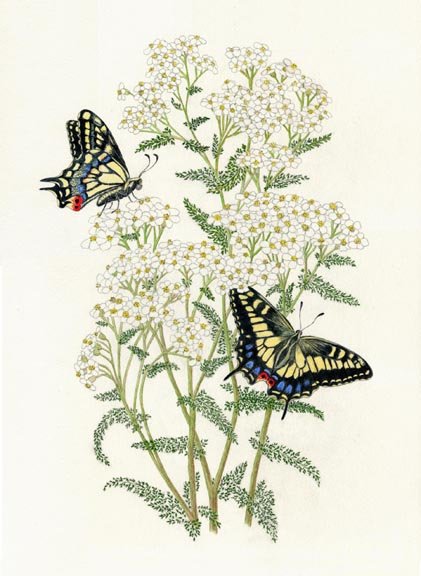 Where Achillea millefolium’s ornamental value has been recognised it is often cultivated as an ornamental plant in ‘natural landscape gardens’.  It is also used in wildlife gardens, and especially butterfly gardens.

Wild yarrow has been superceded in many gardens by cultivars with specific 'improved' qualities. The ‘improvement’ is normally based on appearance not medicinal value.  The many different ornamental cultivars include: 'Paprika', 'Cerise Queen', 'Red Beauty', 'Red Velvet', 'Saucy Seduction', 'Strawberry Seduction' (red), 'Island Pink' (pink), and 'Calistoga' (white), and 'Sonoma Coast' (white). 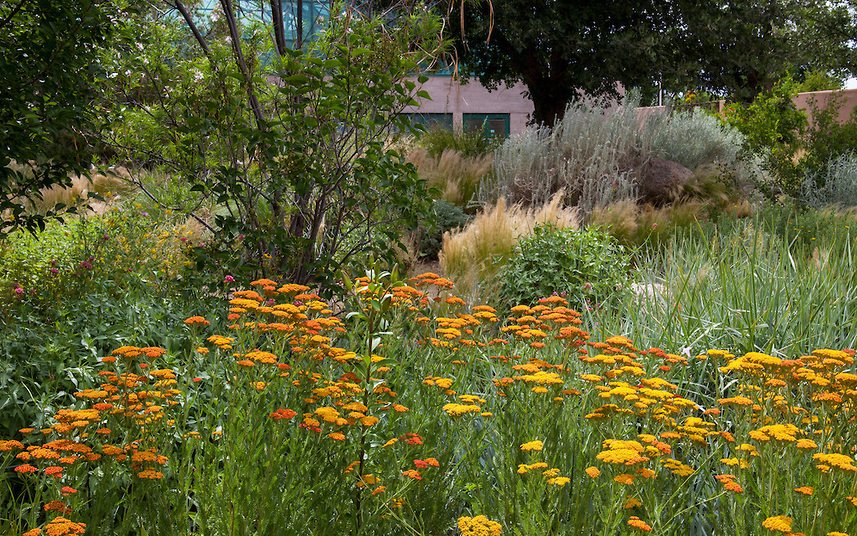 Yarrow is native to temperate regions of the Northern Hemisphere in Asia, Europe, and North America. In New Mexico and southern Colorado, it is called plumajillo (Spanish for 'little feather') from its leaf shape and texture.

In North America, both native and introduced genotypes, and both diploid and polyploid plants are found. It is found in every habitat throughout California except the Colorado and Mojave Deserts.

It was introduced into New Zealand and especially Australia as drought-tolerant pasture – feed for livestock. 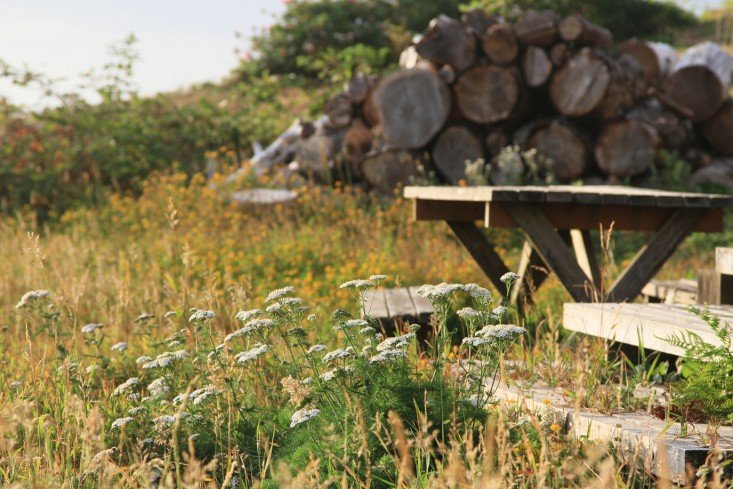 Yarrow has a long history as a powerful 'healing herb' used topically for wounds, cuts and abrasions. The leaves encourage clotting, so it can also be used fresh for nosebleeds. Yarrow also intensifies the medicinal action of other herbs taken with it.

Yarrow was used in traditional Native American herbal medicine by tribes across the continent.  The Navajo chewed it for toothaches, and poured an infusion into ears for earaches. The Miwok in California used the plant as an analgesic and head cold remedy.

Several tribes of the Plains Indians used common yarrow. The Pawnee used the stalk for pain relief. The Chippewa used the leaves for headaches by inhaling it in a steam. They also chewed the roots and applied the saliva to their appendages as a stimulant. The Cherokee drank a tea of common yarrow to reduce fever and aid in restful sleep.

The Zuni people use the occidentalis variety medicinally. A poultice of the pulverized plant is mixed with water and applied to burns. 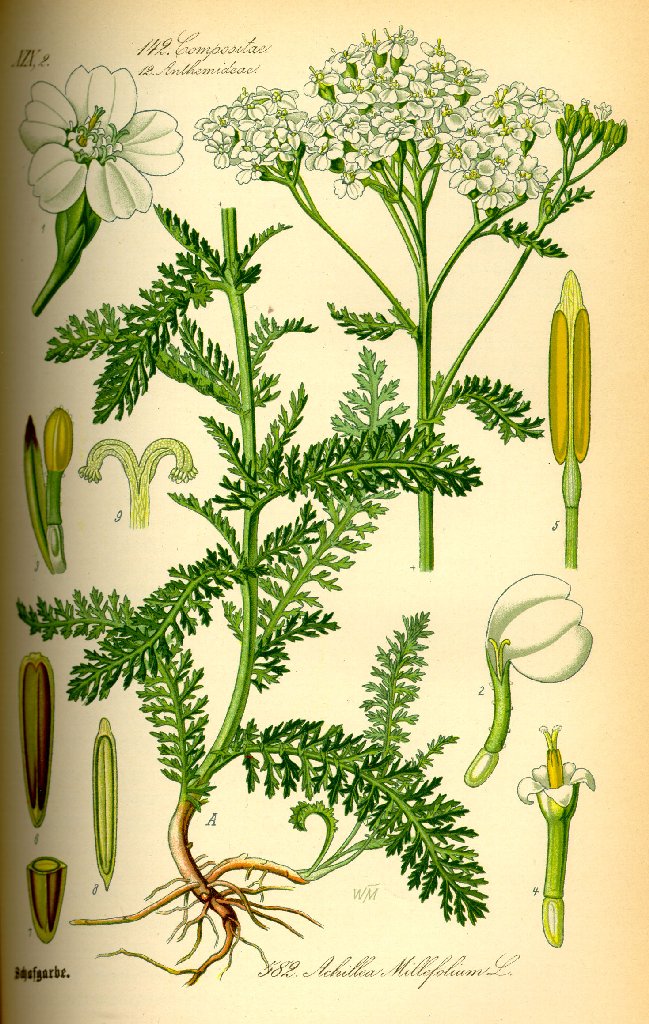 There are numerous chemicals in Yarrow which anaesthetise, relax, sedate, tranquillise and calm.  At the same time there are also a small number of chemicals that stimulate, so the overall effect is unknown – perhaps an alert state of bliss!

Along with its sedating activity there is also pain relieving, analgesic activity, yarrow contains salycyclic acid – the basis of aspirin.

Yarrow has blood thinning and vasodilatory properties, which is somewhat intriguing given its use as a vulnerary and as a clotting agent for wounds, it is also an antiarrhythmic agent and diuretic.

Some of the more intriguing uses are in helping with halitosis and mouth plaque and its use as a dentifrice.  It helps with gingivitis and with inflammation of the tongue and lips. 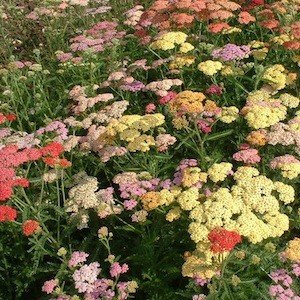 There are chemicals that help with catarrh, coughs, bronchitis, laryngitis, sinusitis, congestion and rhinitis which hints at more antiviral activity than may be obvious at first sight.

There appear to be a number of chemicals which help with problems of the reproductive system.  Yarrow is also an Emmenagogue - a herb which stimulates blood flow in the pelvic area and uterus; some stimulate menstruation.  And there is a chemical which is a ‘Testosterone-Inducer’ as well as one that is ‘antiPMS’.

There are chemicals to help with skin problems like acne, alopecia and dermatitis, and even one that helps with skin cancers – melanoma. 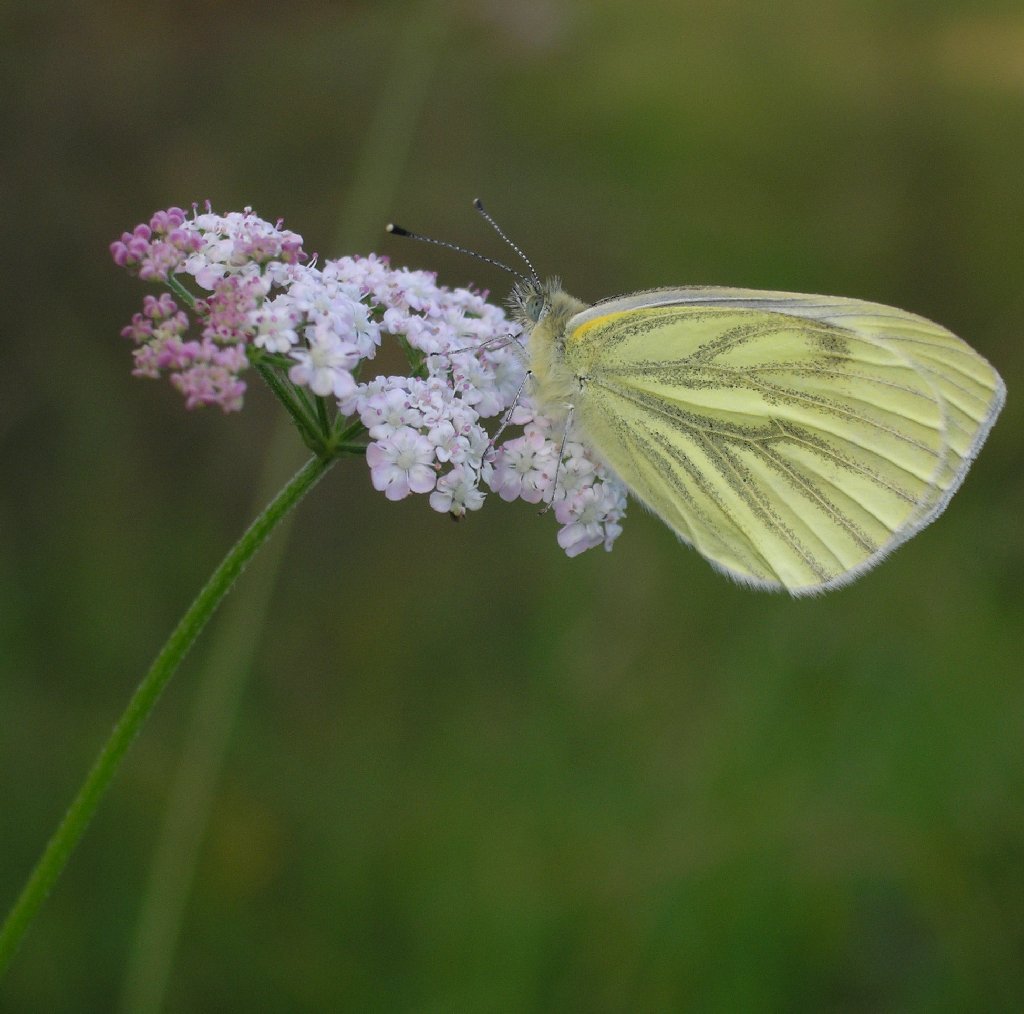 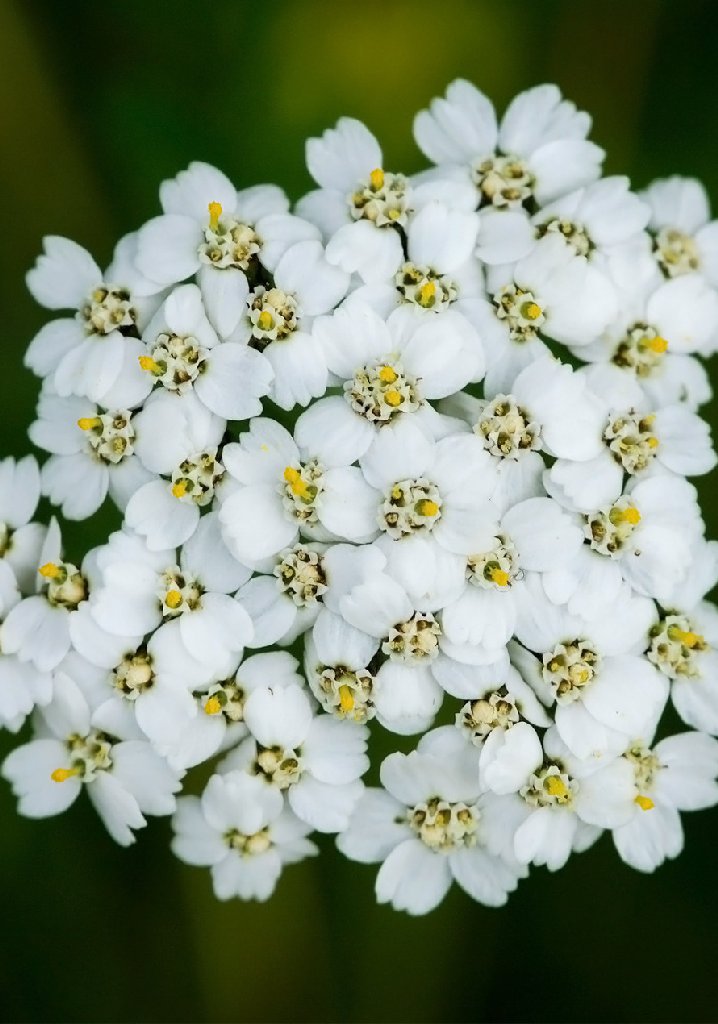 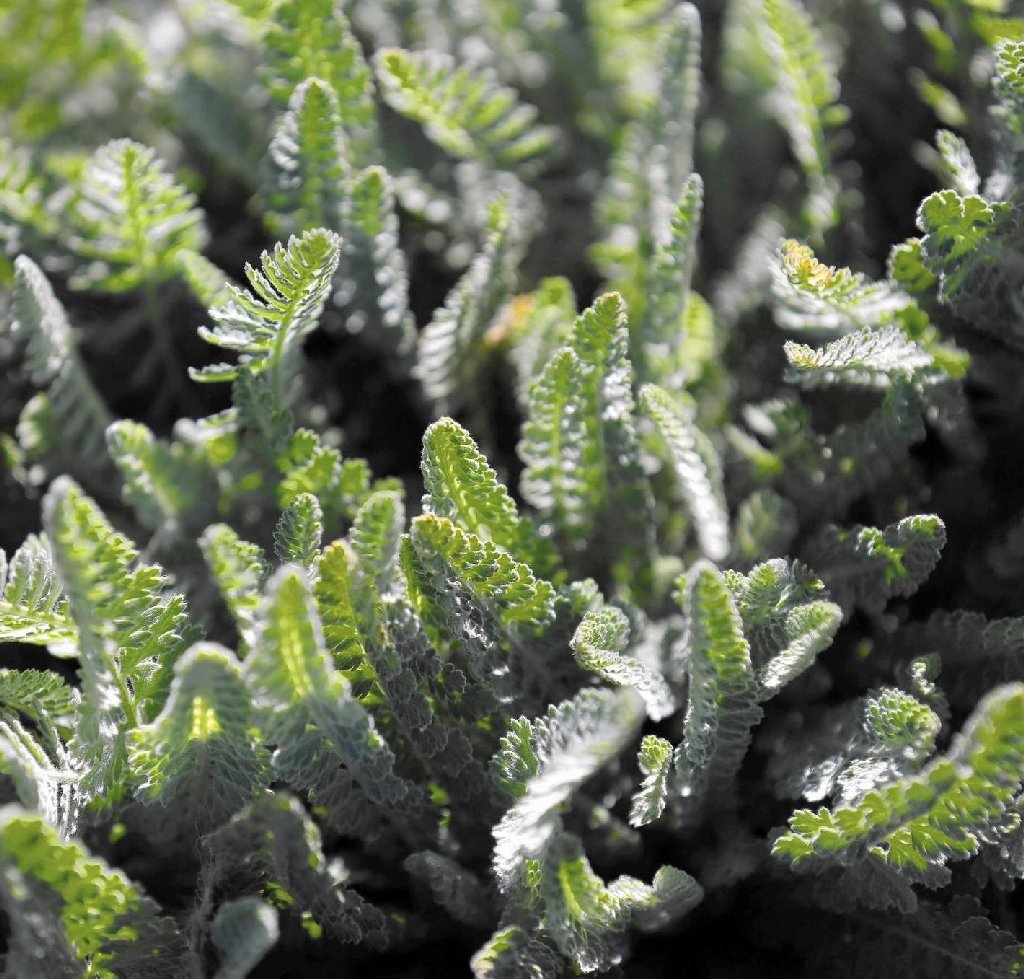 It is worth noting that the plant has relatively little fungicidal activity and a great deal of pesticide activity, showing that it is a plant that prefers dry conditions, where insects thrive, but fungi doesn't. 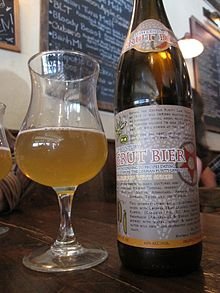 Yarrow has been used as a food, and was very popular as a vegetable in the 17th century. The younger leaves are said to be a pleasant leaf vegetable when cooked like spinach, or in a soup. Yarrow is sweet with a slight bitter taste. The leaves can also be dried and used as a herb in cooking.

In the Middle Ages, yarrow was part of a herbal mixture known as gruit used in the flavouring of beer prior to the use of hops  field hops.  The flowers and leaves are used in making some liquors and bitters.

Monks and country folk would often use plants that had a limited season or were not used in cooking per se to brew beer or mead based drinks.  And thus beer and mead were medicines in olden days.  Better by far than popping a pill.

But, although benefits are to be gained by eating Yarrow or drinking yarrow beer, as can be seen from its activity, much of Yarrow's real value is as a preventative, keeping away mites, ticks, termites, parasites, mosquitoes and so on from us and the beneficial insects that we rely on such as bees, as well as the animals that rely on us too such as our cattle and sheep, horses and dogs.  The method in this case is to grow lots of it and not consider it a weed. 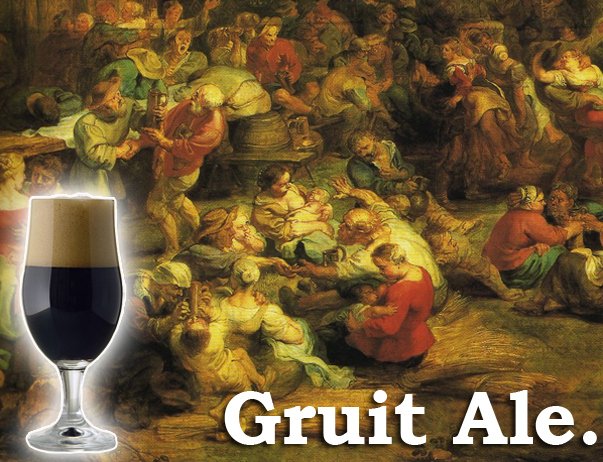 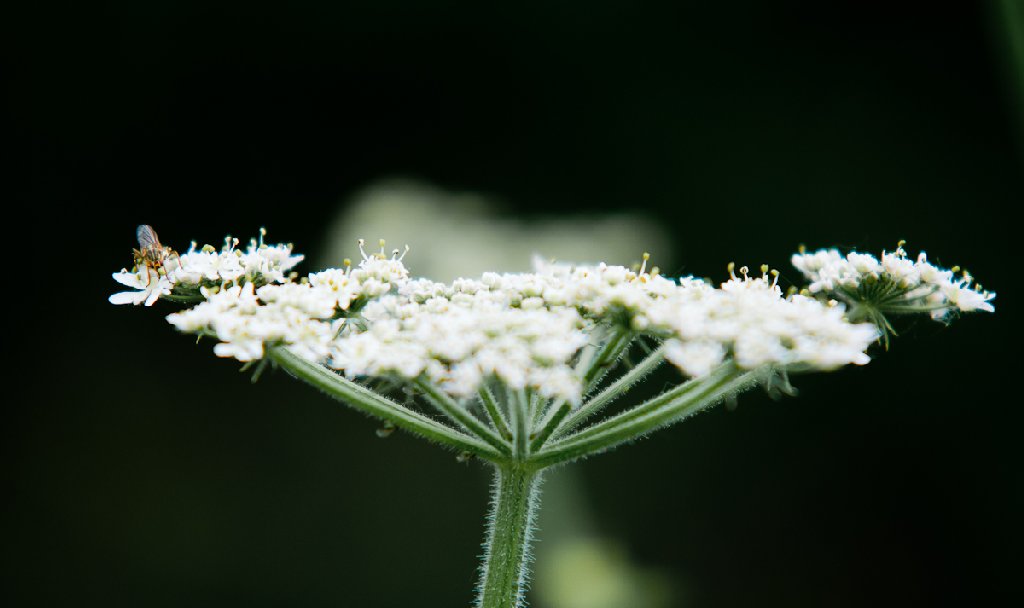