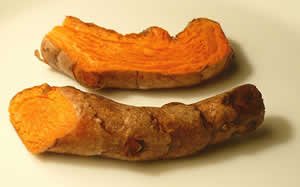 Turmeric is obtained from the root of the curcuma plant and is often also known as curcumin. It is cultivated in India, China and Indonesia and used extensively in cooking and medicine there.

The plant is a perennial with oblong roots or tubers which are deep orange inside. It is propagated by cuttings from the root, which when dry is in curved cylindrical or oblong tubers 2 or 3 inches in length, and an inch in diameter, pointed or tapering at one end, yellowish externally, with transverse, parallel rings internally deep orange or reddish brown, marked with shining points, dense, solid, short, granular fracture, forming a lemon yellow powder. It has a peculiar fragrant odour and a bitterish, slightly acrid taste, “like ginger, exciting warmth in the mouth and colouring the saliva yellow. It yields its properties to water or alcohol”.

Curcumin has been a centre of attraction for potential treatment of an array of diseases, including cancer, Alzheimer's disease, diabetes, allergies, arthritis and other chronic illnesses.  Turmeric has been used in India for thousands of years and is a major part of Ayurvedic medicine. 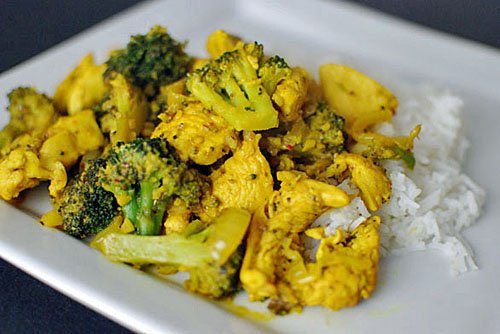 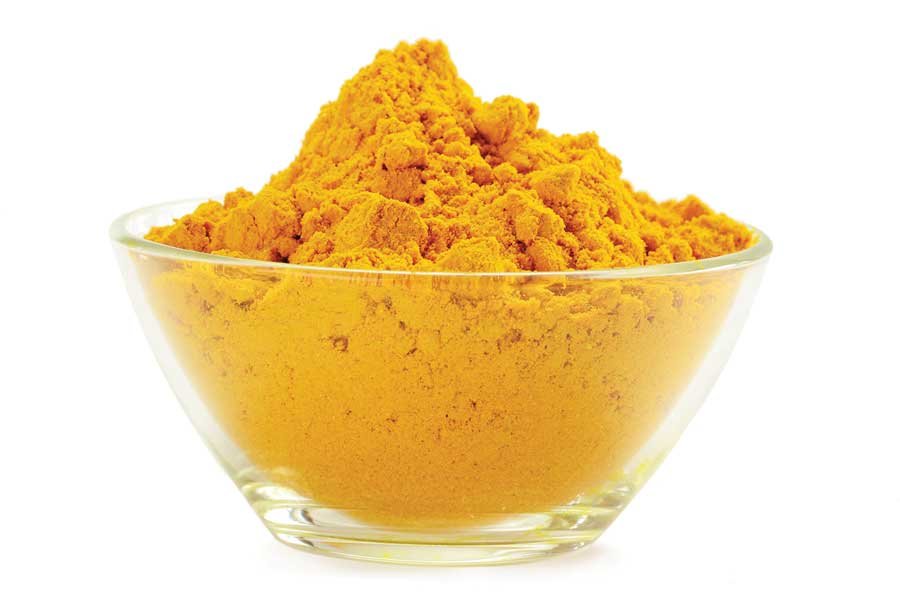 Wikipedia
Turmeric is widely used as a spice in South Asian and Middle Eastern cooking. Many Persian dishes use turmeric as a starter ingredient. Almost all Iranian fried dishes consist of oil, onions, and turmeric followed by any other ingredients that are to be included.
In Nepal, turmeric is widely grown and extensively used in many vegetable and meat dishes for its color as well as for its potential value in traditional medicine. In South Africa, turmeric is used to give boiled white rice a golden color.

In Vietnam, turmeric powder is used to color, and enhance the flavors of, certain dishes, such as bánh xèo, bánh khọt and mi quang. The powder is also used in many other Vietnamese stir fried and soup dishes. 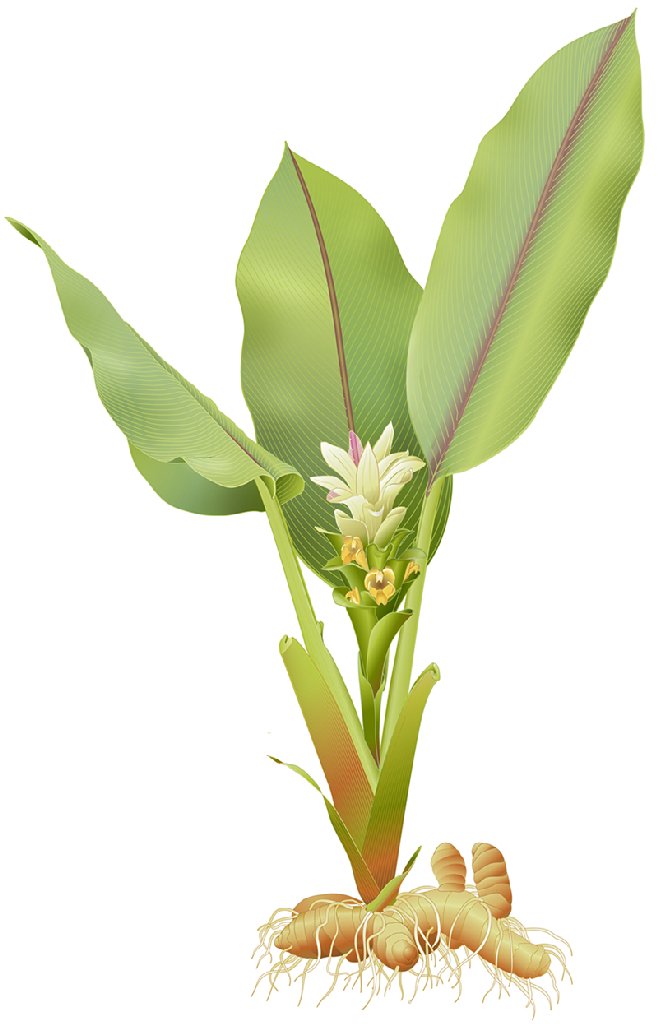 In Indonesia, the turmeric leaves are used for Minangese or Padangese curry base of Sumatra, such as rendang, sate padang and many other varieties.
In medieval Europe, turmeric became known as Indian saffron because it was widely used as an alternative to the far more expensive saffron spice.

As turmeric is such a fundamental part of most curry pastes and powders, most good cook books will show you how to use it, but here is something different, obtained from an old cook book I use.

The Coconut cream is optional as lamb broth is quite creamy anyway.  If you have cooked a joint of, say, lamb, then you can boil the bone up after having taken off the remains of the cooked meat and this warming soup can then be made from it 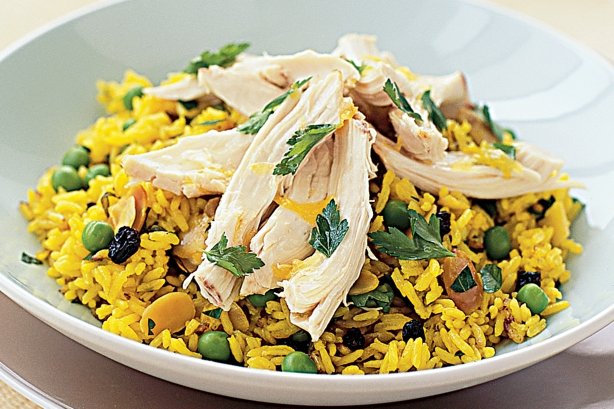 Turmeric is quite high in minerals, but not so high in vitamins.  It is a prime example medicinally of how the whole is a great deal more than the sim of the parts.