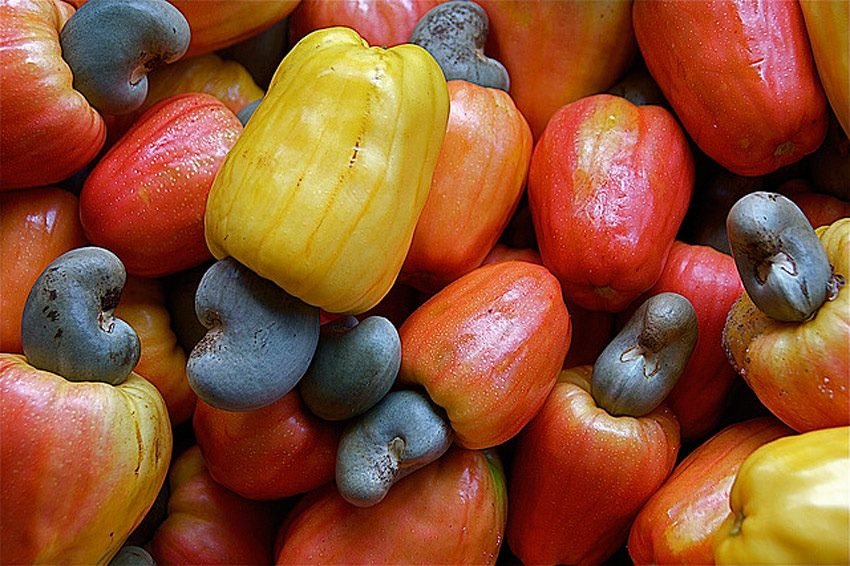 The cashew tree (Anacardium occidentale) is a tropical evergreen tree that produces the cashew seed and the cashew apple.

Its English name derives from the Portuguese name for the fruit of the cashew tree, which itself is derived from the indigenous Tupian name acajú, literally meaning "nut that produces itself". The name Anacardium, originally from the Greek, refers to the unusual location of the seed outside the core or heart of the fruit (ana- means "again" or "backward" and -cardium means "heart").

Although we think of cashews as food, or even just a snack, medicinally they are extraordinarily useful.  We have not added a medicinal section to this description, because it is better to go straight to the healing observations to see just how many ailments cashews can help with. 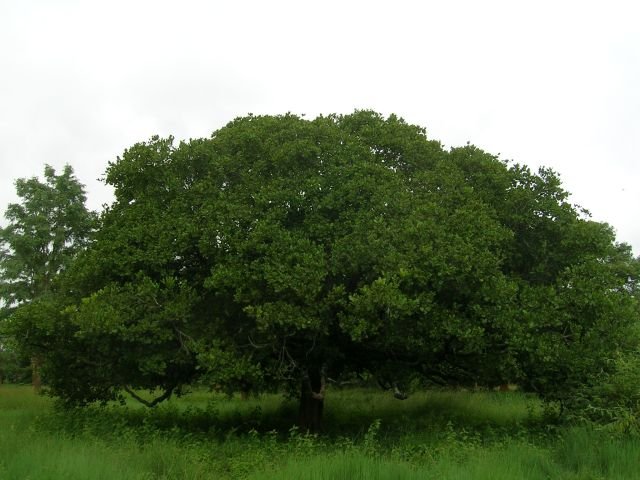 Originally native to northeastern Brazil, the tree is now widely cultivated in Vietnam, Nigeria and India as major production countries.  The Portuguese took it to Goa, India, between 1560 and 1565. From there it spread throughout Southeast Asia and eventually Africa.

Cashew nuts are produced in tropical countries because the tree is frost sensitive, adapting to various climatic regions between the latitudes of 25°N and 25°S.  The top 5 Countries for production of Cashew Nuts (with shell) in 2013 were Vietnam, Nigeria, India, Côte d'Ivoire and Benin. 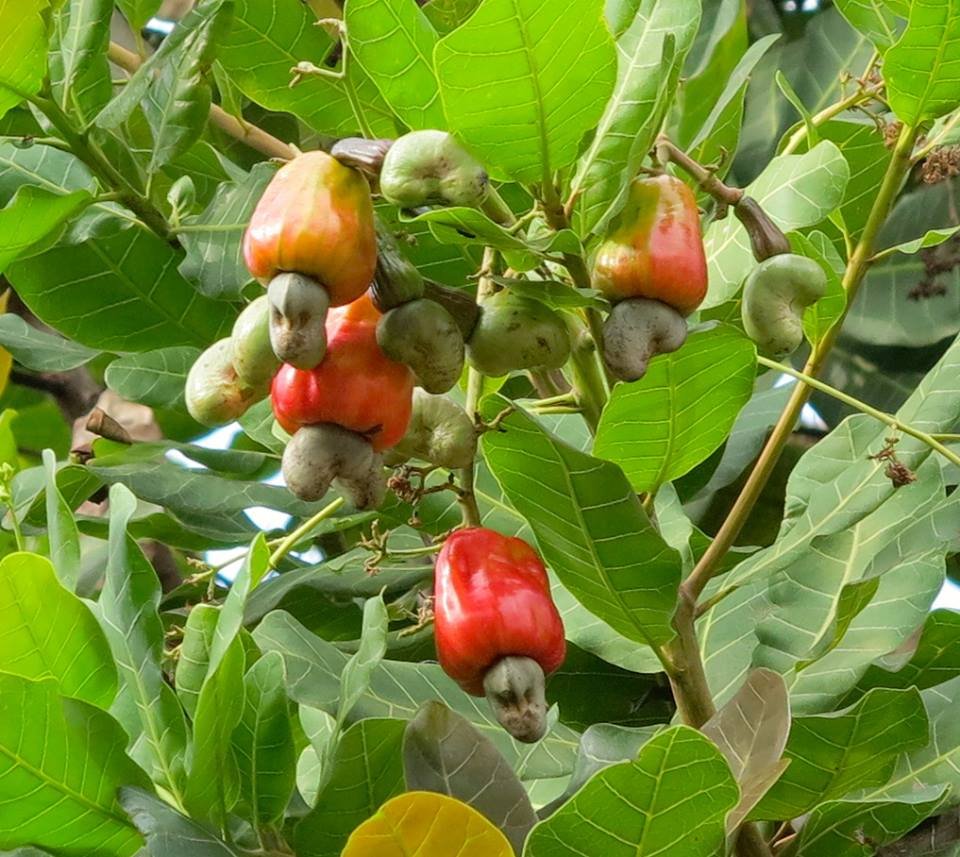 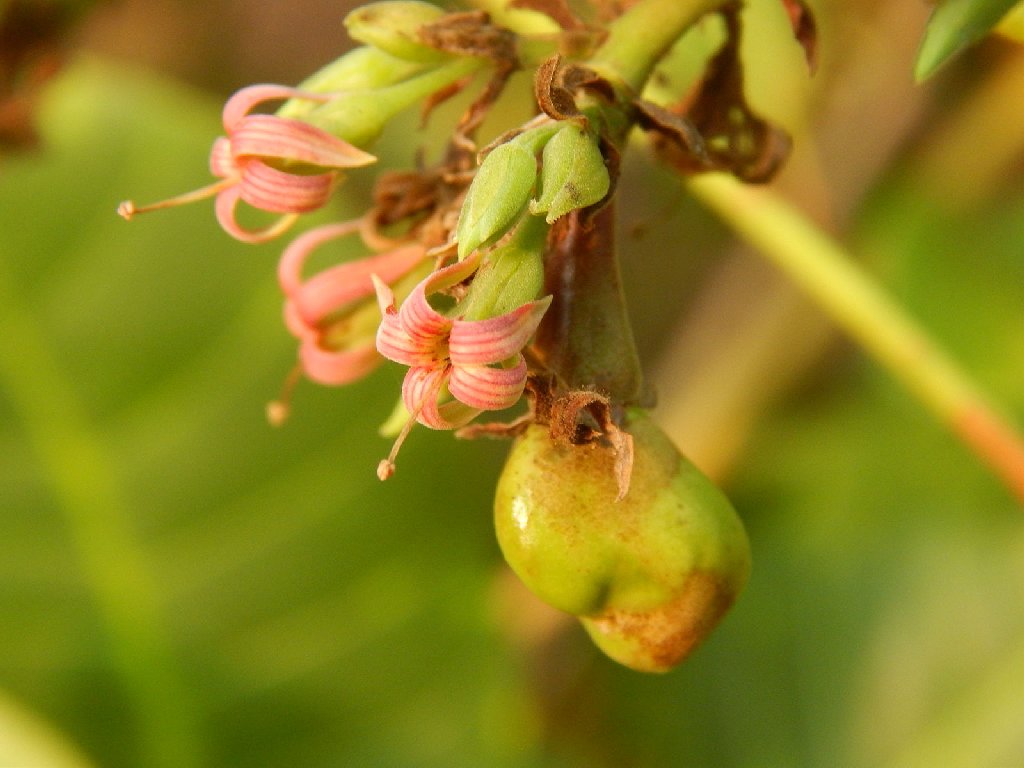 The fruit of the cashew tree is an accessory fruit (sometimes called a pseudocarp or false fruit). What appears to be the fruit is an oval or pear-shaped structure, a hypocarpium, that develops from the pedicel and the receptacle of the cashew flower. Called the cashew apple, better known in Central America as marañón, it ripens into a yellow and/or red structure about 5–11 cm (2.0–4.3 in) long.

The true fruit of the cashew tree is a kidney or boxing-glove shaped drupe that grows at the end of the cashew apple. The drupe develops first on the tree, and then the pedicel expands to become the cashew apple. Within the true fruit is a single seed, which is often considered a nut, in the culinary sense. The seed is surrounded by a double shell containing an allergenic phenolic resin, anacardic acid, a potent skin irritant.  This is obviously removed before the seeds are sent for consumption. 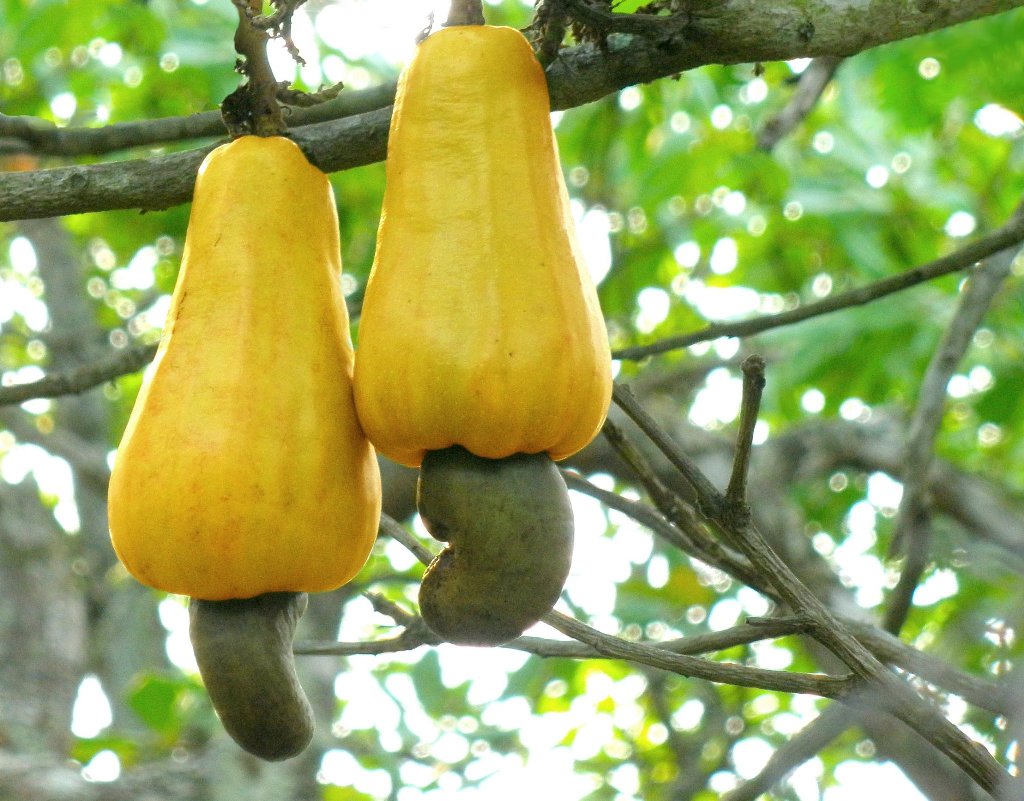 The cashew apple is rich in nutrients, and contains five times more vitamin C than an orange. It can be eaten fresh, cooked in curries, or fermented into vinegar, as well as an alcoholic drink.  It is also used to make preserves, chutneys, and jams in some countries such as India and Brazil. 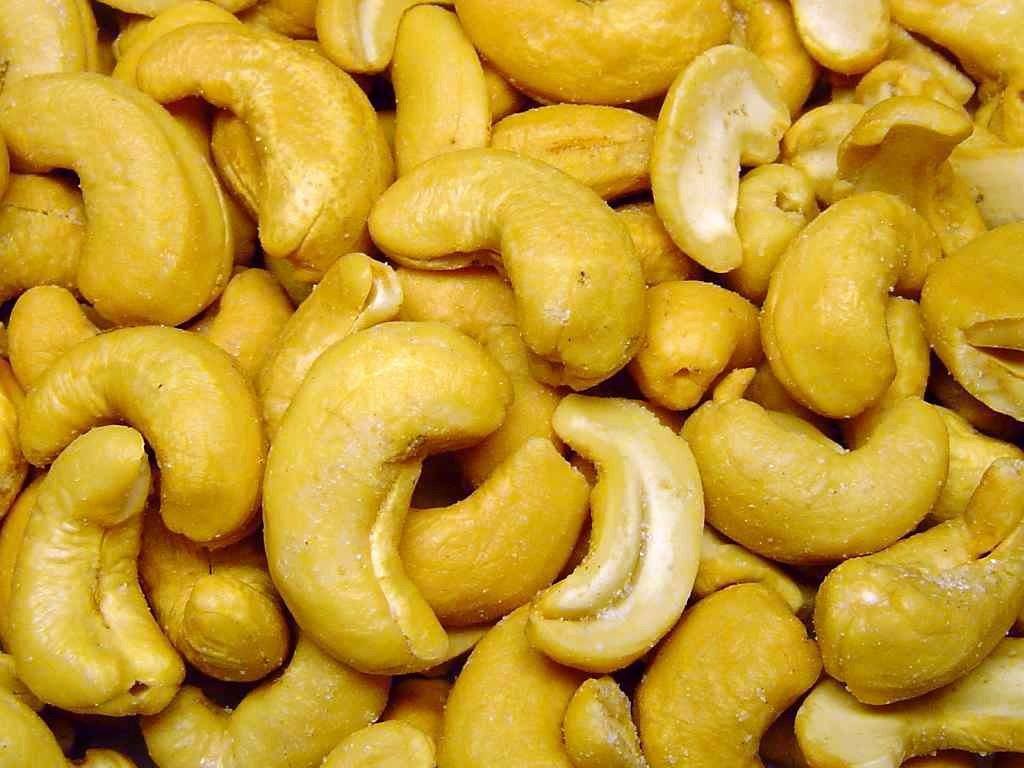 The deshelled cashew seed, often simply called a cashew, is eaten on its own raw, roasted or toasted, used in recipes, or processed into cashew butter. Botanically speaking, cashew are seeds, not nuts, however, the culinary uses for cashew seeds are similar to uses for nuts.