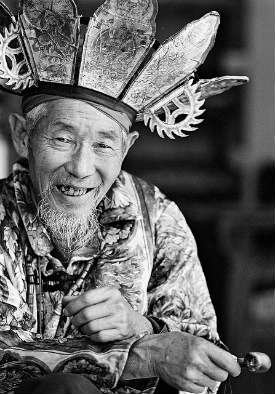 A crystal is a solid material whose constituent atoms, molecules, or ions are arranged in an orderly repeating pattern extending in all three spatial dimensions.

Crystals can be found in rough form or they can be carved and made into gems, jewellery, ornaments or crystal balls and it is these carved carefully designed forms of crystal that are of interest spiritually.

In the section on Befuddling, there is a description of the use of crystal balls simply as objects to be stared at - looking at shiny objects.  By staring for long periods at the ball, it becomes possible to still the chattering mind.  But crystals and crystal balls can also play a very active role in promoting spiritual experience via the use of low intensity electricity generation.

In order to work, however, the ball or crystal must be of a very precise shape and thickness and it must be made of very specific material.  A glass ball, for example, is unlikely to work as well [if at all] as one made of quartz.  We will see why shortly.

Gabriel Delanne - Materials for use in the study of Reincarnation

One of the means used to externalize mental images is the crystal ball. We know, indeed, that some people, after having considered it for a few moments, first see a cloud, then stars, bars, numbers, letters, coloured figures, characters, animals, trees, flowers are drawn in it. Sometimes these images are mobile; the characters come and go and even can talk to each other.

Where do these visions come from?

According to the English authors who have studied them best, they are visual hallucinations that externalize the images contained in the experimenter's brain.

What causes the seer's surprise is that he often does not recognize these landscapes or objects. 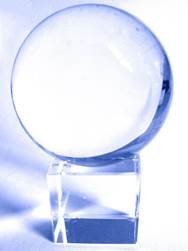 Crystal balls have enjoyed an almost legendary status in myths and legend and have acquired an extensive symbolism which can be extremely complex to unravel  - see also Crystals in legend and folklore.  Furthermore crystals in general have also acquired mythical status........

The Heldenbuch
God made the Dwarfs very artful and wise, that they might know good and evil right well and for what everything was good.  They knew also for what stones were good.  Some stones give great strength; some make those who carry them about them invisible, that is called a mist cloke [nebelkap] and therefore did God give the Dwarfs skill and wisdom. 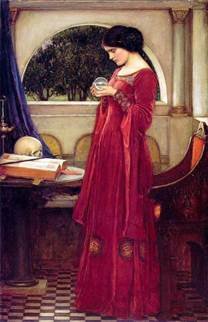 Crystal balls and crystals were also frequently used for 'divination'.  In its old and true sense.  Due to its transparent nature, a natural gemstone called beryllium aluminum silicate (beryl) was often used for 'divination'. Scottish Highlanders termed these objects "stones of power." Though early crystal balls were made from beryl, they were later replaced by rock crystal, an even more effective substance.

But crystals have been used in a large number of shamanic and indigenous cultures not just in Scotland.  I have added some observations that show this use.

Quartz is found regularly in passage tomb cemeteries in Europe in a burial context, such as Newgrange or Carrowmore in the Republic of Ireland. The Irish word for quartz is grian cloch, which means 'stone of the sun'.

Druids are one of the earliest known peoples to have used crystals in divination in Europe. Wikipedia postulates that  “Druid religion had similarities to megalithic religions of an "earlier" Britain, thus it is possible the first use of crystal divination might have come from them”.   Wikipedia also says “During central Europe's Medieval Period (AD 500–1500), seers, wizards, sorcerers, psychics, gypsies, fortune tellers, and all other types of diviners also used crystals to "see" into the past, present, or future”.

Piers Vitebsky – The Shaman: Voyages of the Soul, Ecstasy and Healing from Siberia to the Amazon
Crystals  are used by shamans from America to Borneo

Paul Devereux – Sacred Sites
Quartz is the most common mineral on Earth but that does not detract from its magical hypnotic qualities.  It was widely associated with shamanism, where it was accredited with supernatural power.  Pieces of clear rock crystal were vital parts of some Australian Aboriginal initiation rituals – they were ‘solidified light’ …….

Crystal works by converting one form of energy [sound, mechanical rubbing, heat, light, geomagnetic etc] to electrical energy, which then acts as a stimulant via the hands of the user or the ears or the forehead or the neck or wherever else you choose to place the crystal. The electricity travels via the meridians [and nerves] to your head and stimulates the organs in your head. 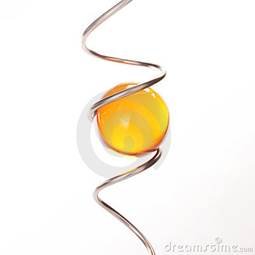 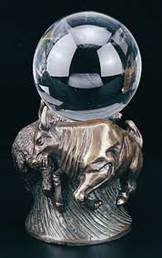 Which stones and crystals? 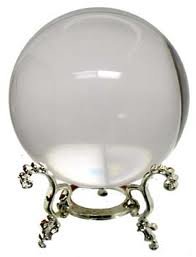 Mechanical stimulation -  The types of crystals which convert mechanical energy to electrical energy are called piezoelectric crystals.  Sound [chanting!] or some sort of undulating rhythm like a beating drum would produce pulsed signals and would thus be ideal.  Direct mechanical stimulation is also possible.  If we go back to the other options, tapping or rubbing would also work.  It is interesting to note that lots of movement -  frenetic exercise-   would also work.  We now have a rationale for why shamanic tribes would wear jewellery, and dance to the beat of a drum!  The pitch does not actually matter because it is the crystal size that determines the frequency of the current.  There are a number of materials that exhibit piezoelectric properties

Finally, there are some other perhaps surprising sources of crystal :

Magnetic -  Geomagnetic energy can produce  - via metal  - electrical charge, thus any form of metal coil [as long as the metal conducts electricity] placed near a source of high geomagnetic energy [see the section on geomagnetic hot spots for an explanation] would work.  The best metals to use are shown in the chart of the Electrical conductivity of various materials.  Silver, copper and gold are all good metals to use.  The effect is produced by  Magnetic induction, using  the earth’s geomagnetic field.  In this case the crystal just needs to be able to conduct electricity.  The following description sounds hugely comical until one realises that the science behind it is spot on……

Vusamazulu Credo Mutwa – Zulu Shaman [Dreams, Prophecies and Mysteries]
The hidden earth power can also be directed by a crystal.  This was an attempt by Africans to make a kind of device whose purpose was to enhance telepathic communication.  They imprisoned a lump of crystal inside a receptacle of copper and then with a length of copper links and a bronze ring, they chained a lump of iron which had been poorly fused.  The idea was that if you wanted to send a spiritual message from your mind to another, you had to wet the device and tie it around your head with the crystal between your eyes.  Then you had to relax and breathe very steadily and send the sacred message you wanted to send to whomever you wished to send it.

What sorts of artefacts can be used?

What sorts of things can be used as spiritual transducers?

Jewellery – necklaces, rings, ear rings, bracelets, head bands, pendants, toe rings, ankle chains and so on. So for example, if we bear in mind the types of material we have just looked at we can

Small Balls, pebbles and rocks on the body – though these are effectively ‘loose’ they can still be either applied to the body with elastic cords or simply rested on the body as it is resting.  ‘Hot rocks’ , for example, are placed on the body at key trigger points on the back and neck.  You can wear massage gloves.

Loose balls - balls placed on a metal or wooden stand for example - the well known crystal ball.  The hands are covered in trigger points and thus by touching a crystal ball or holding your hands over the ball, for example, [and waving them about - which would then give a pulsed signal] you are in effect receiving a very mild form of electrical stimulation.   Rubbing amber also works.

Your own body- which contains quite a lot of crystalline material.   If your pineal gland is calcified then the beating drum would simply work!  See also Sexy eating and Being naked in the sun, which describe how the pineal gland becomes calcified.  Your body is a transducer, as you have seen, so you could employ the following mechanical  methods :

Paul Devereux – Sacred Sites
In the ethological  record are items such as that concerning Bob Rabbit, the last known Numic rain shaman in the Mojave desert region.  He used quartz crystals as part of his ceremonial paraphernalia, as did Avenari, a Las Vegas Band rain shaman, especially crystals obtained from places struck by lightning  … and accounts gathered from the Yuman Indians of the region described a vision quest procedure in which rock crystals were broken up in order to release their energy, so that it could enter the body of the shaman  …………… This indicated the ritual incorporation of another intriguing property of quartz; when two pieces are banged together they produce flashes of light – two fist sized lumps of crystal rubbed vigorously together are quite sufficient to illumine a medium size room…. The light was understood as a manifestation of supernatural power …………. In 1880, Pierre and Jacques Curzes discovered that certain crystals especially quartz produced voltage when subjected to pressure or friction.  This is referred to as piezo-electricity.  The light is simply a side effect of the generation of EM charge – radiation

Frequency and the size of the crystal

Here I have to stop because I know no more, which I know is not helpful, but this is all I have been able to find out so far. 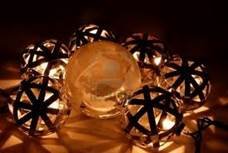 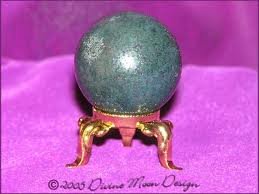 Crystals are spiritual transducers, that is, a device that converts one type of energy to another. Energy types include (but are not limited to) electrical, mechanical, electromagnetic (including light), chemical, acoustic or thermal energy.

Generally the stimulation produced  is via minute low intensity electrical signals and these are generated by various forms of energy input and converted [transduction] dependent on the properties of the crystal. 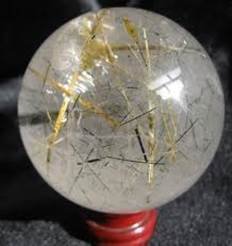