Riding on or in vehicles

Mechanical stimulation of the body via resonance  -  mechanical vibrations of specific frequencies – are able to produce a spiritual experience. 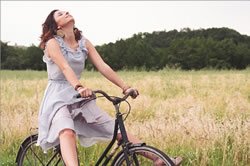 Thus sitting on or in anything – cars, boats, trains, planes, motor bikes, submarines, even a spin dryer [sorry my joke]  - which is emitting low frequency mechanical vibrations could serve to stimulate certain organs in the brain and directly provoke a spiritual experience.  The frequency determines which organs are the ones likely to give you the experience.  The effect is entirely arbitrary.

Depending on the size of a person’s various glands and organs, the resonant frequencies of two people may differ.  Two people sitting in a car together might get different results – one may get a profound experience, another may get nothing.

If the size of your amygdalas differ, for example, and the frequency is such that it stimulates only one side, you could end up being in deep deep deep despair [stimulation of the left side] or as high as a kite ready to kiss the world [right side] 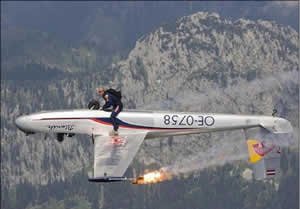 There are organs in the brain which appear to have resonant frequencies in a similar range, thus given that resonance is frequency dependent, the frequency for resonating the organs needs to be very exact for anything to happen.  Resonance of the wrong organs at high intensity could make you ill.  It is probably this vibration that makes people car sick – not the problems with the ear as often thought.

This should thus not be thought of as a potentially voluntary or deliberate activity.  This is blanket vibration with all the inherent dangers of blanket vibration – all your organs are being vibrated not just the ones that have produced the experience.

There have been various studies done to find out what sorts of frequencies are emitted by vehicles.  Mechanical vibration will always be measurable using instruments that measure sound, as mechanical vibration ultimately translates to sound. 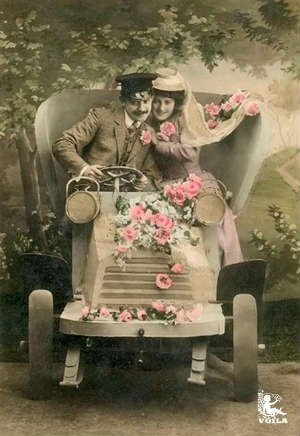 In most of the vehicles we travel in, the sound is audible, so not low frequency.  But scientists have been able to show that the frequencies are quite complex and many vehicles also give off very low frequency vibrations – so here we have a perfect mechanism, for spiritual experiences of all sorts – and sickness of course, if we are subjected to them for any length of time and they are the ‘wrong frequencies’ stimulating the wrong organs.  A summary of some of the studies follows….

The figures above are actually for being in the vehicle, but in Japan, Okada scientists also measured infrasound at 83 dB at 20 m from a running truck and 100 dB at 20 m from a running railroad carriage. Thus, persons may be subjected frequently to the annoyance of exposure if they reside in the vicinity of heavily trafficked areas, railways, airports, or rocket launch sites.  Drivers, pilots, and other transportation workers are among those occupations with considerable exposure.

If the stimulation is high intensity and low frequency we could get sick pretty quickly, but even if the intensity is low, the effects over the long term are the same as the effects of high intensity in the short term – the vibration shakes our cells to pieces – we get cell damage and as a consequence sickness or we simply resonate the organ so often it gives up – like the heart or the liver.  The links are there but the science lags behind………………. 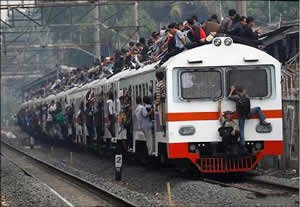 Professional bus drivers are at increased risk for cardiovascular disease, but the underlying causes are unclear. Professional bus drivers often follow shift schedules. Especially, an association between shift work and early manifestations of cardiovascular disease has not been elucidated. Thus we investigated the links between shift work and arteriosclerosis risk in professional bus drivers.
METHODS:
Questionnaires were administered to 184 bus drivers on demographic characteristics, lifestyle, and occupational history from 5 transportation companies in Taiwan. Brachial-ankle pulse wave velocity (baPWV) was measured using a volume-plethysmographic apparatus. Body mass index, waist circumference, biochemical variables, and blood pressure were also measured.
RESULTS:
Arteriosclerotic risk factors (age, weekly driving hours, systolic blood pressure, diastolic blood pressure, and insulin level) differed in part among different groups of drivers. Long-term shift drivers had higher baPWV compared to regular drivers and short-term shift drivers (1594 cm/s vs. 1497 and 1432, p<0.01). Our multiple regression model showed that age (p<0.01) and diastolic blood pressure (p<0.01) were positively associated with baPWV in our professional drivers. After adjusting for all covariates, we observed that baPWV increased by 3.6 cm/s for per 1-year increment in years of shift driving.
CONCLUSIONS:
Long-term shift work could increase the risk of arteriosclerosis in professional bus drivers. Larger studies would be necessary to provide further evidence regarding this finding. 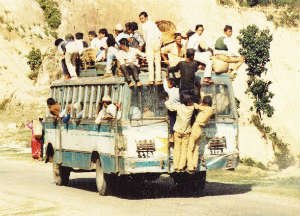 In the Gothenburg Primary Prevention Study the incidence of coronary heart disease (CHD) in 103 bus and tram drivers was compared with that of 6596 men in other occupation groups. The follow-up extended through a mean of 11.8 years.
Bus and tram drivers had an incidence of CHD of 18.4% compared with 6.4% among the other men in the study; odds ratio (OR) 3.3 (95% confidence interval (CI) 2.0-5.5). The only other group with an increase in risk of similar magnitude were taxi drivers; OR 3.1 (1.6-6.2). No significant differences were noted as to smoking habits, serum cholesterol or blood pressure between bus and tram drivers and the other men. The bus and tram drivers tended to be more physically active during leisure time, but had a significantly higher body mass index than other men. In a multivariate logistic regression analysis with CHD as the dependent variable and age, serum cholesterol, blood pressure, smoking, body mass index, diabetes, marital state, family history of CHD, alcohol abuse, socioeconomic status, leisure time physical activity, physical activity at work, psychological stress and bus and tram driving as independent variables the OR for bus and tram driving was only slightly reduced to 3.0 (1.8-5.2).
In this population, being a bus or tram driver was an independent predictor of CHD of considerable magnitude. The increased risk of taxi drivers was not significant in multivariate analysis.

Medical disqualification in USAF pilots and navigators - Whitton RC
The categories of medical condition which have most often been responsible for permanent disqualification of flying personnel have not been previously well documented. In this study, 304 USAF rated personnel were identified from the USAF Medical Waiver File. These pilots and navigators were grounded during 1980 and 1981 and have not been returned to flying duties after 1-2 years of follow-up. The disqualifying conditions were reviewed, listed individually, and grouped by major disease categories. Age factors related to these conditions were examined. Cardiovascular disease, as a category, was found to be the commonest cause (30%) of disqualification in this group. Other internal medical and neurological diseases are frequent reasons for permanent disqualification.

Medical status of airline pilots over 60 years of age: Japanese experience, 1991-2007 - Kagami S, Fukao H, Fukumoto M, Tsukui I;  Japan Aeromedical Research Center, Otaku, Tokyo, Japan. kagami
…….There is greater variation in medical fitness of pilots with age, and an increase in the number of denials of medical certification. Malignancy and coronary artery disease both tended to increase with age. During 2005-2007, 30 (7%) of 499 otherwise healthy pilots were denied certification as a consequence of abnormal brain MRI screening findings, mainly because of asymptomatic cerebral infarction. Over half of pilots stated that their memory and fatigue resistance had subjectively diminished with age.

So these are the health effects of high intensity stimulation via resonance of our organs, what about spiritual experience? 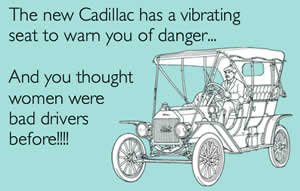 The examples are rather alarming but show that physical vibration can be extremely effective.   I suspect that with the introduction of better roads and motor bikes and cars which are smoother and more vibration free, the days of out of body experiences via vehicular transport have diminished.