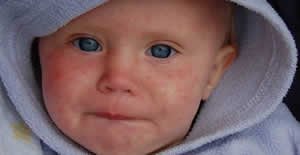 Measles is a viral infection.  Mortality in developed countries is about 1/1000. In sub-Saharan Africa, mortality is 10%. In cases with complications, the rate may rise to 20–30%. On average, about 450 children die every day from measles.

In its time, measles has ravaged the populations of many countries. 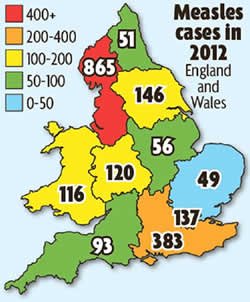 In 1529, a measles outbreak in Cuba killed two-thirds of the natives who had previously survived smallpox. Two years later, measles was responsible for the deaths of half the population of Honduras, and had ravaged Mexico, Central America, and the Inca civilization. In roughly the last 150 years, measles has been estimated to have killed about 200 million people worldwide. In 1875, measles killed over 40,000 Fijians, approximately one-third of the population.

The classical symptoms of measles include:

Complications with measles are relatively common, ranging from:

Complications are usually more severe in adults who catch the virus.  There is an additional problem.  The measles virus is a virus and in people with a compromised immune system, things can get progressively more dangerous, which is when they can get spiritual experiences. For example, if the immune system is unable to cope you can get:

After the illness, lifelong immunity to measles itself generally occurs; but the virus is not killed off but dormant. It can re-emerge and when it does it may produce different symptoms.  What those symptoms are is only  just starting to emerge, as it is with many viruses.

One of the current areas of study is the viruses role in bone and joint diseases such as arthritis and Paget's disease. A definite connection has been made in Paget's disease

Measles virus plays an important role as an environmental factor in the pathogenesis of Paget's disease (PD). Previous studies have shown that IL-6 is increased in the bone marrow of Paget's patients and that measles virus nucleocapsid protein (MVNP) induces IL-6 secretion by pagetic osteoclasts. PMID: 23262029

Rheumatoid arthritis (RA) is a chronic inflammatory polyarthritis; ...Our purpose was to identify a virus from diseased tissue from a patient with RA.... sera from 50 patients with rheumatoid factor (RF)-negative RA were examined for IgM antibodies to the agent..... Eleven of 50 (22%) sera samples from patients with RF-negative RA had IgM antibodies to measles virus recombinant nucleoprotein....Conclusion:  There is an association between measles virus and RA. PMID: 19435971

it is worth noting that this is not the only virus associated with RA, Epstein Barr and the mumps viruses have also been implicated.

There are also links between the virus and various eye diseases associated with the nerves and with multiple sclerosis.

Finally there is a clear link between the measles virus and brain damage of all sorts....

A 14-year-old pregnant Caucasian girl presented with a 1-week history of dementia. She had presented 1 year prior with acute unilateral visual impairment and was noted to have macular degeneration of presumed infective aetiology. Blood and cerebrospinal fluid examination showed raised anti-measles IgG antibody titres. PMID: 11008261

note that this girl had not been immunised, so the source was not a vaccine, but the measles virus itself.

Measles  is caused by a virus, specifically a paramyxovirus of the genus Morbillivirus.

Humans are the natural hosts of the virus; no animal reservoirs are known to exist.

Prevention - Preventing the spread of measles is extremely difficult.  It is spread through respiration  - contact with fluids from an infected person's nose and mouth, either directly or through aerosol transmission -  and is highly contagious—90% of people without immunity sharing living space with an infected person will catch it.

An asymptomatic incubation period occurs nine to twelve days from initial exposure and infectivity lasts from two to four days prior, until two to five days following the onset of the rash (i.e. four to nine days infectivity in total).

The main preventative measure is vaccination.

Acording to Wikipedia "Where the mother has had measles or been vaccinated, sufficient antimeasles immunoglobulins (antibodies) are acquired via the placenta from the mother during pregnancy." 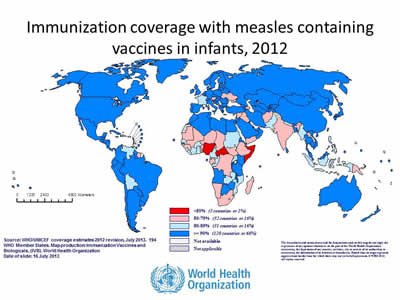 A person suffering from basic measles usually obtains their spiritual experience from the very high temperatures the body generates in an attempt to kill off the virus.  Fever is the body's principle defence against viruses of this sort, but fever can produce delirium.

Where complications of measles have occurred other mechanisms start to take over.

In a compromised immune system, the virus is able to enter the cerebrospinal fluid and passing the blood brain barrier enter the brain, where, via inflammation and damage, it causes the experiences.