Louis Jacolliot - The Bible in India - 04 The Story of Krishna: Preaching the law/disciples/Ardjuna and Sarawasta 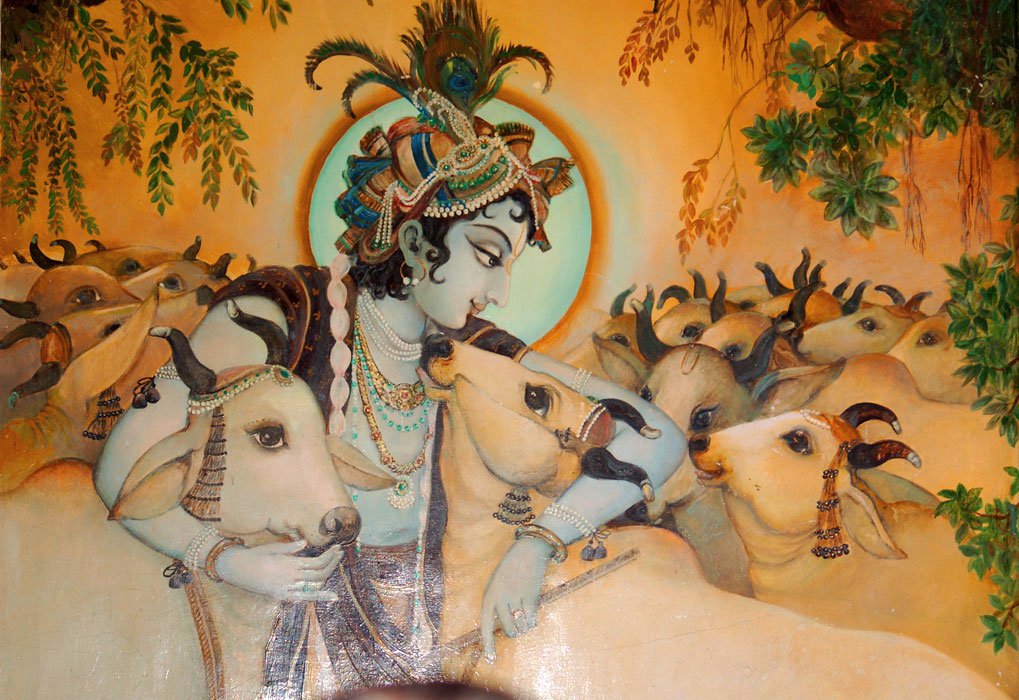 At the age of scarce sixteen, Christna quitted his mother and his relative Nanda, to perambulate India in preaching the new doctrine.

In this second period of his life, Hindoo poetry represents him as in constant strife against the perverse spirit, not only of the people, but also of princes; he surmounts extraordinary dangers; contends, single-handed, against whole armies sent to destroy him ; strews his way with miracles, resuscitating the dead, healing lepers, restoring the deaf and the blind, everywhere supporting the weak against the strong, the oppressed against the powerful, and loudly proclaiming to all, that he is the second person of the trinity, that is Vischnou come upon earth to redeem man from original transgression, to eject the spirit of evil, and to restore the reign of good.

And the populations crowded his way, eager for his sublime instruction, and they adored him as a God, saying, “This is indeed the Redeemer promised to our fathers “………………

After some years of preaching, the Hindoo reformer felt the necessity of surrounding himself with earnest and courageous disciples to whom he might delegate the duty of continuing his work, after having initiated them in his doctrines.

Amongst those who had for some time most assiduously followed him in his peregrinations, he distinguished Ardjouna a young man of one of the chief families of Madura, and who had left all to attach himself to him; he confided to him his projects and Ardjouna swore to devote life to his service and to the propagation of his ideas.

Gradually they were joined by a small troop of the faithful, who participated in their fatigues, their labours and their faith.

They led a life of hardship, and we understand that the equalizing precepts of Christna, his example, and the purity of his life had wakened the people from their lethargy; a spark of reviving vitality began to circulate throughout India, and the partisans of the past, as well as the rajahs, urged on by the tyrant of Madura, ceased not to lay snares for them and to persecute them, for they felt their power and their thrones tremble before the rising popular wave.

But nothing succeeded with them : it appeared as if a power, more potent than them all, had determined to frustrate their designs, and to protect the proscripts.

Sometimes whole villages rose and chased the soldiers sent to arrest Christna and his disciples; sometimes the soldiers themselves, moved and persuaded by the divine word of the prophet, threw away their arms and besought his pardon.

One day, even a chief of the troops sent against the reformer, and who had sworn to withstand both fear and persuasion, having surprised Christna in an isolated place, was so struck with his majestic bearing that he stripped himself of his symbols of command, and entreated to be admitted into the number of the faithful. His prayer was granted and from that moment the new faith had no more ardent disciple and defender than himself.

Often Christna disappeared from the midst of his disciples, leaving them alone, as if to prove them in the most difficult moments, suddenly re-appearing amongst them to restore their sinking courage and to withdraw them from danger.

During these absences Ardjouna governed the little community, and took the master's place at sacrifice and prayer, and all submitted without murmur to his commands.

But, as we have already said, the actions of Christna’ life are less important to us than a knowledge of his precepts and his morale.

He came not to found a new religion, for God could not destroy what He had once for all declared good, and revealed; his object was but to purify the old from all the turpitudes, all the impurities, which from many ages the perverseness of men had gradually introduced, and he succeeded, despite all the hatreds and all the antagonism of champions of the past.

At his death, the entire of India had adopted his doctrine and his principles; a faith, vivid, young, and fertile in results, had permeated all classes, their morale was purified, and the vanquished spirit of evil had been obliged to take refuge in his sombre abode - the regeneration promised by Brahma was accomplished.

The teaching of Christna was familiar and simple when addressed to the people, elevated and philosophic in communion with his disciples ; it is in this double view that we are about to consider him.