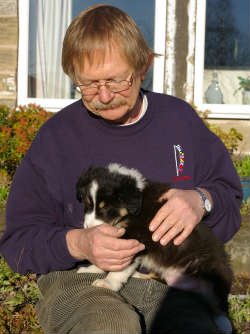 It will be helpful here if you have The Model of the Mind open in order that you can refer to it as you go along.

The learning function creates amends and deletes Memory.  We take the Perceptions we have received, and condense them and extract and classify them into a structure.  It is essentially a process of:

- Synthesis. [classification]  If we are good at it, we also go through a process of

The verification process may then cause us to go round the cycle again correcting and in effect relearning.  Relearning is thus exactly the same set of activities, but it involves a form of removal of the incorrect parts of Memory and replacement with an amended set of facts and functions.

We learn, as do all creatures, both facts and function.  But it is only at the final analysis and synthesis stage that we in a sense ‘separate them’ into their two parts – the Learnt function and the Database of facts.

Learning  is based on our Perceptions.  The more Perceptions we accumulate of different sorts and the more we use them in improving our Memory the better will be our models of the outside world.

The more we experience, the more we are capable of learning.  Learnt function and the facts that go with it – our model and its database – is able to become more and more sophisticated and closer to perceived reality the larger it gets.  As long as it is based on solid foundations, this 'house of knowledge' can expand and expand and expand with new rooms new wings being added all the time.

However, if the person ignores what is happening round him – head down, mind tuned out and despite all the input ignores it and also ignores the changes taking place, nothing new is ever learnt and the old structure is never taken down and rebuilt when a set of modelled functions prove to be false or inadequate.  The Memory of each one of us, containing the model of the systems of the universe as we perceive it, can be wholly wrong.

1.  For a little background on how the Greeks personified learning - see Learning - the Greek system.

2.  For some extra thought on the important role that language plays in learning see Learning and Language.

3.  For some background on how deficient the current approach to learning taught in our education establishments is see Learning and the Database of facts.

4.  Learning is greatly improved and helped if we improve the Perceptions on which learning takes place, as such there is a connection here with the activity of Improving Perception.