The principle Objective of the Great work is to maximise or increase functionality on an ongoing basis.

One of the means by which this is achieved is via 'co-creation'.

In effect, the creation process for a sub-species is delegated to the species itself - the species itself is given ‘creation software’ [functions] and allowed to create additional functions [and forms – art is a form] which usually but not always, apply to itself.

It learns.  Learning is a co-creation function because it produces Learnt Function, as is Creativity and Imagination. 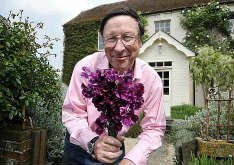 We tend to think that we are the only species that co-creates, but this is not true.  The functions of creation appear to have been delegated to quite a number of animate species.  Many mammals, birds and reptiles have the ability to learn and invent new function.  What marks us out is our design.   We have hands, which have given us a massive advantage over other species and we also have the ability  to speak, which means we can communicate with our fellow humans and thus co-operate more easily in co-creation.

This is actually a risky strategy, as what is created could be contrary to the overall objectives of the creation and all forms of delegation carry their own risk.

In order to co-create, a species has to be given a certain amount of free will.  But free will gives the individual, whether by design or accident, the ability to destroy as well as create.  By definition their 'intelligence' is not going to be as great as that of any master creator and through sheer ego and stupidity, great harm to forms could result.  If we destroy a species, for example, we in some way diminish God, by removing the form that gave life to the function. The functions and attributes given form do not disappear as a result of the removal of species, we don't remove function, but it is an act of destruction, a backwards step because it denies creation the chance to evolve that species further and thus properly test and increase or improve functionality.

If, however, we create new form, we add to the possibility for expression of functions, we are meeting the objectives!  Anything constructive that we achieve, anything we create in the way of form or function,  is a step forward as it opens the way for new evolutionary paths and new functionality.  So breeding yet another variety of sweet pea is not a fruitless venture.  Not only does it add to the joy of life, but it adds to the sum total of functionality.

We flatter ourselves that we are somehow the pinnacle of the creative process, but I think we are wholly wrong in this assumption.  Functionally we are weak.  We cannot fly, we can't swim very well, we can't burrow underground, we can't run as fast as a cheetah, or leap as high as a flea in relation to our size.  We can't see as well as a hawk, or smell as well as a dog.  We can't navigate like a pigeon.  We can't hear as well as a dog.

But we do seem to be quite good at co-creation.  We appear to have been given a small chunk of the creative ability and a little block of Reasoning power.  A small number of functions that enable us to create new forms for function.

And we have been very good at it.

With machines we can now fly [using planes], swim underwater [using submarines, scuba gear], go as fast as a cheetah [cars, motor bikes, trains], burrow underground using mining equipment, see like a hawk using binoculars and telescopes, hear better using listening devices that tune into other frequencies and sounds, navigate using GPS systems, leap as high as a flea [using a helicopter].  We have increased our functionality using machines.  The machine is thus the extension of us to give us the functionality we lack.  The computer, for example, is a far faster more accurate processor of numbers and logic than we are.  Our real history, the history of achievement is in creation of machines to extend our functionality.

I suspect we are only at the start of this process. Skateboarding, bungee jumping, ice climbing, parachuting, kite flying, paragliding, surfing, windsurfing, gliding...........  think of the extra functions we have added just in the last century.

At the moment we tend to use machines that are inanimate, and driven by fuel - a somewhat temporary solution to power input given the limited supplies we were given, but the further development of machines may take a new course.  Machines do not necessarily have to be machines made of inanimate matter.  They could be formed of cells, biological machines.  We are tinkering with DNA now to create new life forms and those tinkering do not seem to be aware of what they may be creating.  At some stage, they may start to create life that has specific new function. Living machines also with new function.

But there is another extremely important aspect of the co-creation process that does not depend solely on form as an expression.

Many of our 'social' systems – the systems that help in forming effective temporary agglomerations are abstract.  Any business, any club, any football team, any political party or government works to a system and that system is a set of abstract functions which help to co-ordinate its actions.  We have 'moral' systems too which underpin many religions.  Abstract function is now as important as form based function.

Up to now we have not in all honesty been that good at it.  The introduction of computers provided a huge opportunity to improve systems by using computers to improve accuracy, reliability, flexibility, effectiveness and so on.  But I am afraid this opportunity has in many cases been wasted particularly in government and quasi government where there is no competition and hence little incentive to drive improvement.  I do have an interest here as most of my early books were about just this, ways of analysing systems looking for new and innovative ways to use the technology to make a system 'better'.  Thirty years of banging my head against brick walls!!