The traditional Jatibonicu Taino tribal homeland is composed of a large central mountain territory on the Caribbean Island known today as Puerto Rico.  The humming bird is absolutely key to the culture of this group of people, they use it in rituals, become humming birds and have incorporated it in legends.

One legend tells of a young woman and a young man, who were from rival tribes. Like Romeo and Juliet, they fell in love, precipitating the intense criticism of their family and friends. Nevertheless, the two of them found a way to escape both time and culture. One became a hummingbird and the other a red flower. 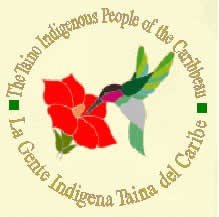 The colibri (hummingbird) is a sacred symbol for the Taino Indians. It is sacred because “the hummingbird is a pollinator and therefore disseminator of new life.” – so a co-creator.

The bird is found on many Caribbean islands, but the most sacred species is the Guani. Although the smallest of the Caribbean hummingbirds, only about the size of a penny, it is known by the mountain people as the “most noble warrior of the valiant Colibris”. The ancient Taino stories call him the Guaracacigaba or Guacariga, which means the "Rays of the Sun."

To the Chayma people of Trinidad, humming birds are dead ancestors, so there is a taboo against harming them.  Trinidad and Tobago is known as "The land of the hummingbird," and a hummingbird can be seen on that nation's coat of arms and 1-cent coin as well as its national airline, Caribbean Airlines.