Generally speaking a magician’s principal skills are related to environmental influence.  The person can walk on fire, or make rain, or levitate and so on.  There are a number of environmental influences that are possible.  Inter composer communication is also one of the extra skills that may be available with this role, thus card tricks are also possible!

All the skills acquired by a magician tend to have been obtained by using overload techniques, this is in contrast with mystics who tend to use suppression.

Odinn , Mercury, and Hermes were all magicians

I think it should be clear that anyone who had knowledge of the functions of the universe and how to invoke them was a powerful person and may be both hugely feared and hugely revered. If the magician was able to invoke positively he or she was revered, but there were malicious magicians who could invoke programs entirely unwanted. These magicians were generally known as sorcerors – and were feared, justifiably. Our word sorceror probably came from the Old French sorcerie, which is from Vulgar Latin *sortiarius, from sors "fate", apparently meaning "one who influences fate".

In the Tarot cards the magician is number I in the pack indicating the degree of power that came with these skills.  Note the use of the infinity symbol, the five pointed star, the sword, the cup or chalice, the rose and so on. 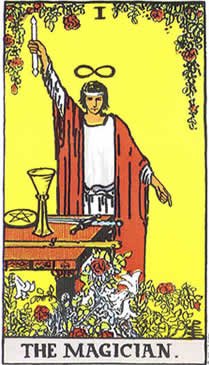 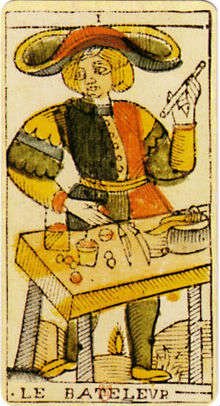 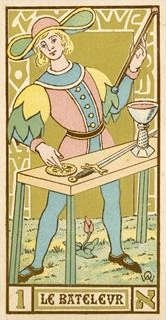 Ludwig Blau believed that in every period of history and in every country the majority of magicians have been women practising in secret, whereas the most visible have been men.

Magicians exist worldwide and have done for thousands of years. For example, knowledge of the Word and its syntax and semantics used to be known by the Magi, or in Greek: magoi, the Zoroastrian astrologer priests, and it is from the word ‘magoi’ that the Latin word magicus is derived and the Greek adjective magikos (μαγικός).

Celtic Druids could be magicians and here we have wise words from Alfred Watkins...........

Alfred Watkins – The Old Straight Track
The Welsh Triads have much information about bards, their privileges and position in household and law courts. I quote sufficient to show that …….. they were successors to the Druids.
‘It has been established for bards, qualified by the privilege and degree of session specially to have the custody of kin and descent, and of territorial divisions, and in addition to that the memorial of fire, back stones and mier stones and mounting stones'….
While I feel that the ley-man, astronomical priest, druid, bard, wizard, witch, palmer and hermit were all more or less linked by one thread of ancient knowledge and power … I can attempt no genealogy

and the reason is that all these are skills not job titles.  Any one person could be a magician, a healer, a palmer, a prophet, a diviner, a hermit, a queen, a king, a prince, a princess, a witch, a wizard, a druid, a bard.....
No one person was ever likely to have every single skill, but they accumulated them, much as academics or doctors accumulate qualifications today.  It was just that the magician's skills took a fair amount of learning.  A skill, not a job.  All of them were spiritually gifted by birth or by rebirth.

Well known individual magicians included Krishna, Odin and Orpheus who used music, all with an abundance of genuine magician skills, all gods.

The Greek god Hermes was the messenger of all the gods, the conductor of souls and the god of tricksters, thieves and magicians. In his Roman equivalent of Mercury he appears in the centre of the seal of the International Brotherhood of Magicians and is regarded as the patron of magicians and as a magician himself. His golden staff, the kerykeion, in Greek, is an example of a magic wand. The god Thoth, in Egypt, was the scribe of the gods and the inventor of the art of writing, and as such was the patron deity of knowledge and the sciences in general, of which magic constituted an important part. Moses was clearly a magician of some power.

And although Christians may rail at the allusion Jesus was in effect a magician, he walked on water, he raised the dead, he could invoke any number of functions of the universe.  The main difference between Jesus and many others in this category is that he had the skills, but had no need to use overload techniques.

I have provided a separate section on the Trickster, all of these people were magicians.  The section on Magicians in the sources section provides a few more examples.

There are evil magicians and good magicians. Wise and not so wise magicians; honest and not so honest magicans. And then we have Rincewind – the invention of Terry Pratchett, entirely fictional, but on the other hand somehow oddly believable.............

Rincewind the Wizard is a fictional character appearing in the Discworld novels of Terry Pratchett. A failed student at the Unseen University for wizards in Ankh-Morpork, he is often described by scholars as "the magical equivalent to the number zero", and spends just about all of his time running away from various bands of people who want to kill him for various reasons. Rincewind is also known for being able to solve minor problems by turning them into major disasters.
From Interesting Times
"Luck is my middle name," said Rincewind, indistinctly. "Mind you, my first name is Bad."