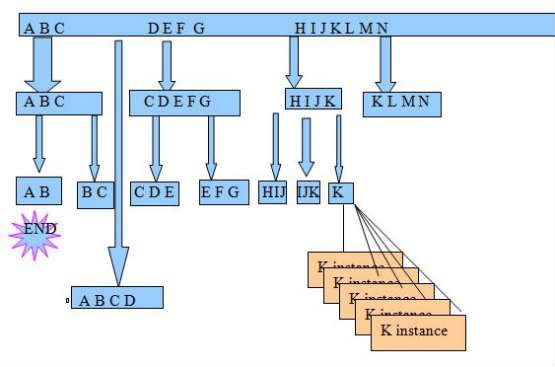 Within the Intelligence hierarchy castration is symbolic of the fact that only lower level – the bottom level -  Intelligences can produce physical copies – instances of themselves.

In effect, only at the lower level are copies of the species made and physical beings result.  If an Intelligence decides to create lower levels of itself, it gives up the chance to be physical anymore.

In Greek terms this is explained by the process of a son castrating his father.   Cronus, for example,  was usually depicted with a sickle or scythe, which was also the instrument he used to castrate and depose Uranus, his father.

The symbol of castration has produced some very unfortunate literal interpretations from those too dense to understand it is a symbol.  I suppose if I was being flippant I could say it was a form of useful weeding out of the seriously dim, ensuring they did not produce any more seriously dim offspring, but in the first place I am not that heartless and in the second it is far more nasty, as the seriously dim appear to practise it on other innocent victims.

The myth of creation [sometimes] includes the ritual violent death of a primeval giant from whose body the worlds were made and plants grew.  The origin of plants and cereals in particular is connected with this sort of sacrifice, we have seen that herbs, wheat, vines and so on grew from the blood and flesh of a mythical creature ritually sacrificed 'at the beginning' – 'in illo tempore'.  The object in sacrificing a human victim, is to repeat the act of creation that first made him live. The ritual makes creation over again.

Lucian of Samosata – De Dea Syria
… of all the festivals I have known about, however, the greatest is the one they hold at the beginning of spring.  Some call it ‘Fire Festival’, others ‘Lamp Festival’. During the festival, they sacrifice like this:  They chop down large trees and stand them in the courtyard.  Then they drive in goats, sheep and other livestock and hang them alive from the trees.  In the trees also are birds, clothes and gold and silver artefacts. When they have everything ready, they carry the sacred objects around the trees and throw fire in and everything is immediately burnt.  Many men come to this feast from Syria and all the surrounding lands.  Each group brings its own holy objects…………….

On these days, too, men become Galli.

For while the rest are playing flutes and performing the rites, frenzy comes upon many, and many who have come simply to watch subsequently perform this act.
I will describe what they do.  The youth for whom these things lie in store throws off his clothes, rushes to the centre with a great shout and takes up a sword, which I believe has stood there for this purpose for many years.  He grabs it and immediately castrates himself.  Then he rushes through the city holding in his hands the parts he has cut off