Mayan - Popol Vuh - 05 The Creation of the First humans 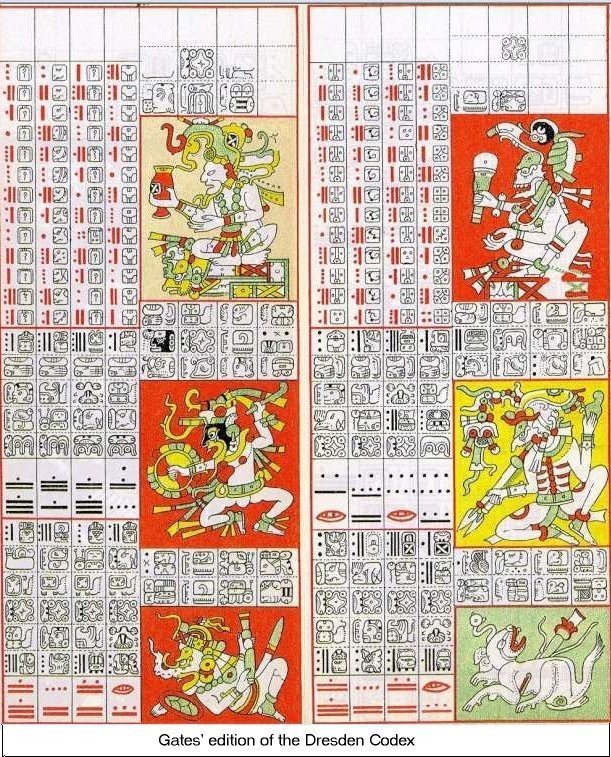 THESE ARE THE NAMES OF THE FIRST PEOPLE WHO WERE MADE AND MODELED.

This is the first person: Jaguar Quitze.

And now the second: Jaguar Night.

And now the third: Not Right Now.

And the fourth: Dark Jaguar.

And these are the names of our first Mother-Fathers. They were simply made and modeled, it is said; they had no mother and no father. We have named the men by themselves. No woman gave birth to them, nor were they begotten by the builder, sculptor, Bearer, Begetter.

By sacrifice alone, by genius alone they were made, they were modeled by the Maker, Modeler, Bearer, Begetter, Sovereign Plumed Serpent. And when they came to fruition, they came out human:

They talked and they made words.
They looked and they listened.
They walked, they worked.

They were good people, handsome, with looks of the male kind.

Thoughts came into existence and they gazed; their vision came all at once. Perfectly they saw, perfectly they knew everything under the sky, whenever they looked. The moment they turned around and looked around in the sky, on the earth, everything was seen without any obstruction. They didn't have to walk around before they could see what was under the sky; they just stayed where they were.

As they looked, their knowledge became intense. Their sight passed through trees, through rocks, through lakes, through seas, through mountains, through plains. Jaguar Quitze, Jaguar Night, Not Right Now, and Dark Jaguar were truly gifted people.

And then they were asked by the builder and mason:

"What do you know about your being? Don't you look, don't you listen? Isn't your speech good, and your walk? So you must look, to see out under the sky. Don't you see the mountain-plain clearly? So try it," they were told.

And then they saw everything under the sky perfectly. After that, they thanked the Maker, Modeler:

"Truly now
double thanks, triple thanks
that we've been formed, we've been given
our mouths, our faces,
we speak, we listen,
we wonder, we move,
our knowledge is good, we’ve understood
and we've seen what is great and small
under the sky, on the earth.
Thanks to you we’ve been formed
we’ve come to be made and modelled
our grandmother, our grandfather