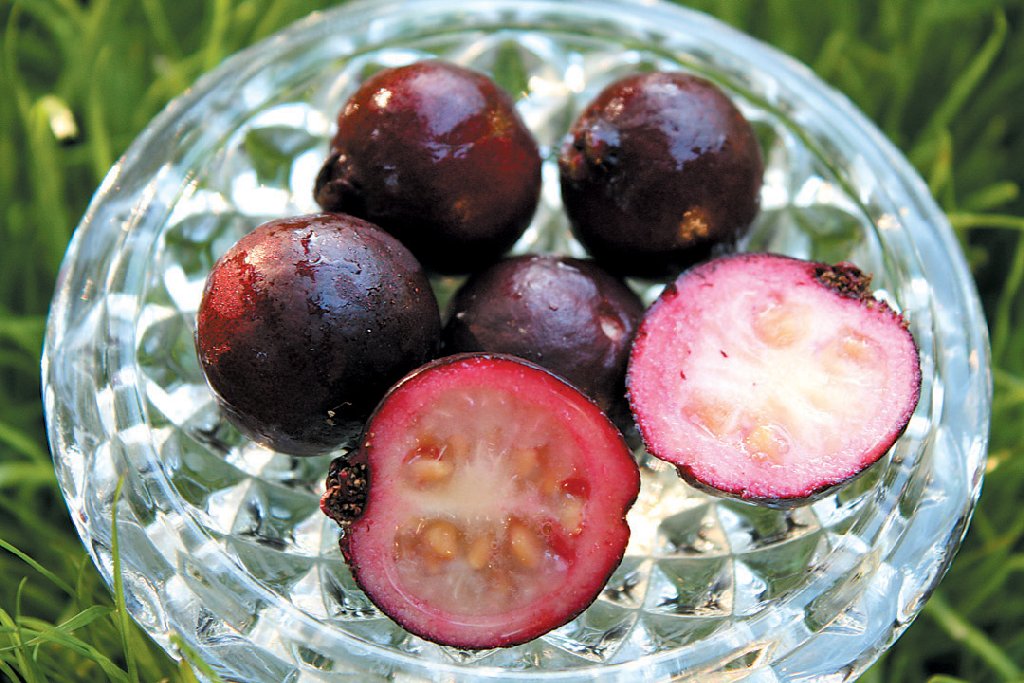 Native to Brazil where it is known as araçá (ara-SAH) and adjacent tropical South America, it is closely related to common guava (P. guajava), and like that species is a widespread, highly invasive species in tropical areas, especially Hawaiʻi.

Cattley guava is sporadically naturalised in coastal areas of Queensland and northern New South Wales. It is also naturalised on Lord Howe Island, Norfolk Island and Christmas Island (Navie 2004; Queensland Herbarium 2008). The yellow variety bears even more heavily than the red and generally has larger fruit.

The whole fruit can be eaten as both the thin skin and juicy interior are soft and tasty. It can also be used to make jam. Cattley guavas taste like a passionfruit mixed with strawberry; the yellow variety lacks the astringency of the red.  The skin tastes a bit like rose petals, but is often removed for a sweeter flavour. The seeds are small and white in colour and can be roasted as a substitute for coffee. Its leaves may be brewed for tea.