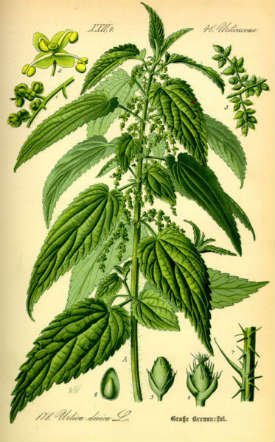 Stinging nettles can be classified as both a food and a medicine, but I have placed them in the medicine category for convenience.

Urtica dioica, often called common nettle or stinging nettle (although not all plants of this species sting), is a herbaceous perennial flowering plant, native to Europe, Asia, northern Africa, and North America, and is the best-known member of the nettle genus Urtica.   The species is divided into six subspecies, five of which have many hollow stinging hairs called trichomes on the leaves and stems, which act like hypodermic needles, injecting histamine and other chemicals that produce a stinging sensation when contacted by humans and other animals. The plant has a long history of use as a medicine, as a food source and as a source of fibre.

Urtica dioica has a flavour similar to spinach and cucumber when cooked and is rich in vitamins A, C, iron, potassium, manganese, and calcium.   In its peak season, nettle contains up to 25% protein, dry weight, which is high for a leafy green vegetable.

All the following are claims made for nettle, the observations give you the pubmed science behind the claims, where indeed the folk remedies have proved to be true.

Nettle leaf is a herb that has a long tradition of use as an adjuvant remedy in the treatment of arthritis in Germany. Nettle leaf extract "contains active compounds that reduce TNF-α and other inflammatory cytokines.   It has been demonstrated that nettle leaf lowers TNF-α levels by potently inhibiting the genetic transcription factor that activates TNF-α and IL-1B in the synovial tissue that lines the joint". 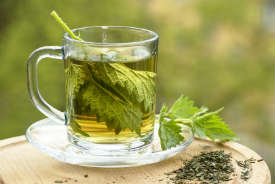 Urtica dioica has also been used in traditional Austrian medicine internally (as tea or fresh leaves) in the treatment of disorders of the kidneys and urinary tract, gastrointestinal tract, locomotor system, skin, cardio-vascular system, haemorrhage, flu, rheumatism and gout!

Nettle is used in shampoo to control dandruff and is said to make hair 'more glossy, which is why some farmers include a handful of nettles with cattle feed'.

Nettle root extracts have been extensively studied in human clinical trials as a treatment for symptoms of benign prostatic hyperplasia (BPH). 'These extracts have been shown to help relieve symptoms compared to placebo both by themselves  and when combined with other herbal medicines'.

Because it contains 3,4-divanillyltetrahydrofuran, certain extracts of the nettle are used by bodybuilders in an effort to increase free testosterone by occupying sex-hormone binding globulin.

As Old English stiðe, nettle is one of the nine plants invoked in the pagan Anglo-Saxon Nine Herbs Charm, recorded in the 10th century. Nettle is believed to be a galactagogue, a substance that promotes lactation.

Extracts of Urtica dioica leaves may help with glycemic control in type 2 diabetes patients that need to use insulin.

Only use the young leaves.  After the stinging nettle enters its flowering and seed setting stages the leaves develop gritty particles called "cystoliths", which can irritate the urinary tract.

Gather the young leaves fresh. Soaking stinging nettles in water or cooking will remove the stinging chemicals from the plant, which allows them to be handled and eaten without incidence of stinging.

Cooked nettles can be added to stews, eaten as a puree, aded to polenta, used in soups, and added to pestos and used with pasta.

In the Kumaon & Gargwal region of Northern India, stinging nettles are known as sisnu, kandeli and bicchu-booti (बिच्छू-बूटी in Hindi) respectively. They are also found in abundance in Kashmir, where they are called soi. Stinging netles here are a very popular vegetable and cooked with Indian spices.

Nettles are sometimes used in cheese making, for example in the production of Yarg and as a flavouring in varieties of Gouda.

see the observations.  The effects are all  healing effects, I have ignored the fact it can sting. 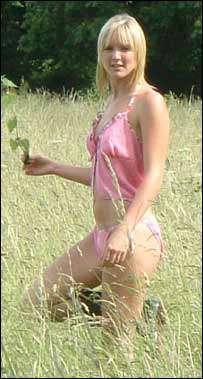