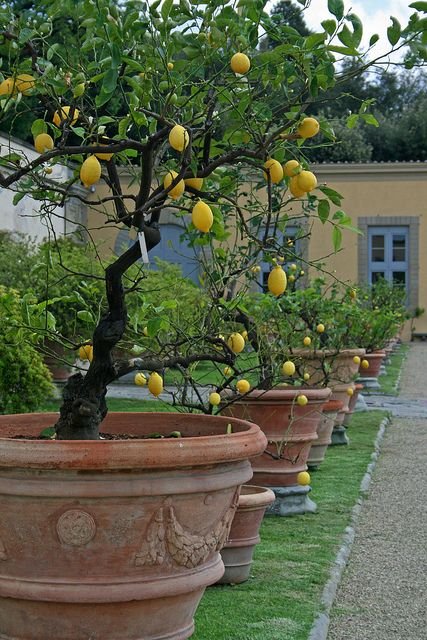 When we were in Italy,  a country whose beauty and culture is already enough to stun even the most hard hearted of folk, my hubby and I went to a garden, laid out in a semi-formal fashion with parterres and gravel walkways, and in that garden were lemon trees in enormous clay flower pots.

They were in flower, and the whole garden was warm and heady with the scent; the garden was buzzing with bees and the flutter of butterfly wings.  We sat on the terrace looking out to an azure sea, and drank limoncello, as we waited for our lunch.  So this, I thought is paradise.

The lemon (Citrus × limon) is a species of small evergreen tree native to Asia, the tree is now found all over the world where the climate is warm enough. These days India, Mexico and China are the main producers. Argentina and Brazil also produce significant quantities commercially.  Lemons entered Europe near southern Italy no later than the first century AD, during the time of Ancient Rome.  They were introduced to Persia and then to Iraq and Egypt to Spain, although oranges were more favoured as a fruit in Spain.  They were found as an ornamental plant in early Islamic gardens.  As trade grew and peace prevailed, lemon trees started to be grown throughout the Arab world and the Mediterranean region. 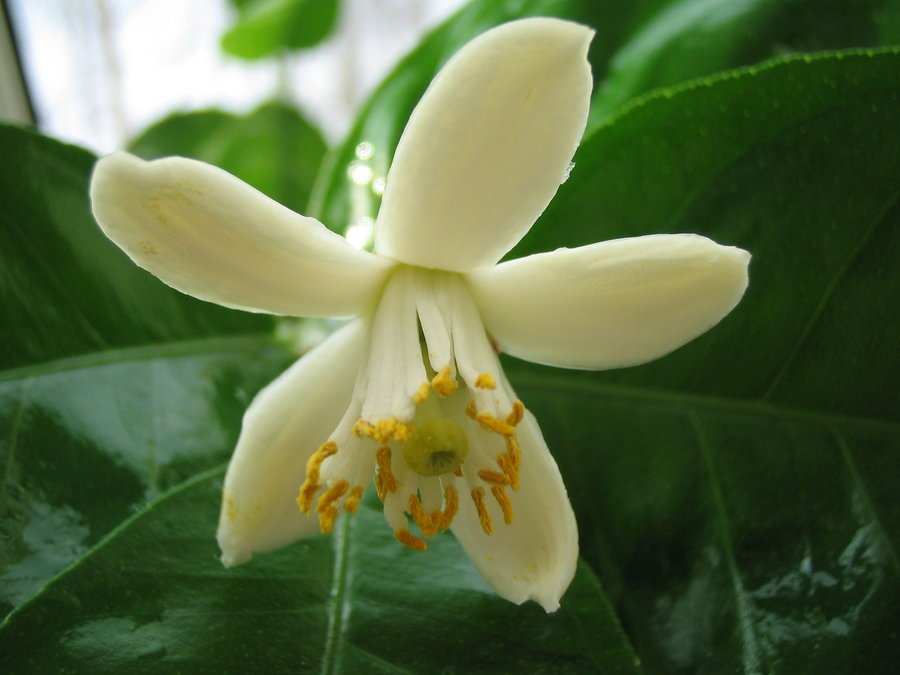 There are a number of varieties.  The USA tends to grow varieties that will crop abundantly.  Europe and the Middle East go for intensity of flavour.  The 'Femminello St. Teresa', or 'Sorrento' variety of lemon, for example, is native to Italy. This fruit's zest is very high in lemon oils and it is the variety traditionally used in the making of limoncello.

The origin of the word "lemon" draws from the Old French limon, then Italian limone, from the Arabic laymūn or līmūn, and from the Persian līmūn, a generic term for citrus fruit, which is a cognate of Sanskrit (nimbū, “lime”). 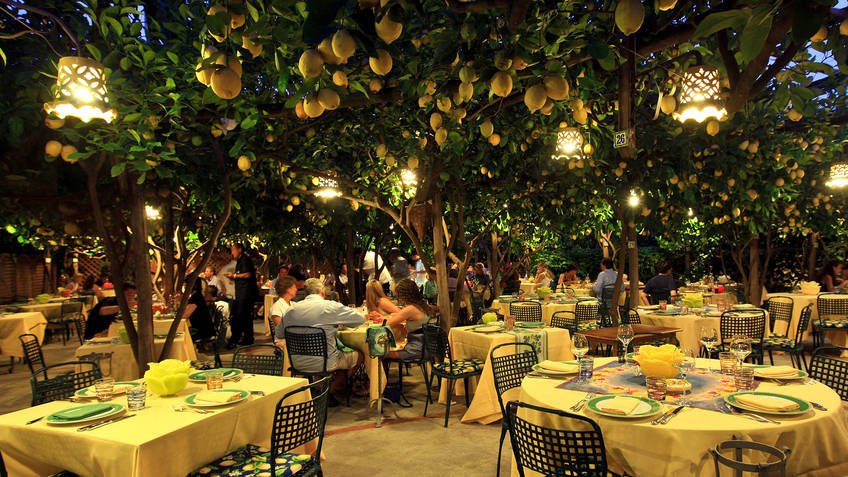 The zest and the juice of the lemon is a sort of super food medicinally. It has anti-bacterial, anti-fungal and anti-viral properties and in India, the lemon is used in Indian traditional medicines (Siddha medicine and Ayurveda).

Lemons contain Vitamin C and that alone has numerous healing properties [see the observations].  A traditional cold and flu remedy is simply a few spoons of honey dissolved in a tumbler of warm water with the juice of a lemon.

Historically, Hippocrates (c. 460 BCE–c. 380 BCE) described scurvy [vitamin C deficiency], and scurvy was one of the limiting factors of marine travel, often killing large numbers of the passengers and crew on long-distance voyages.   It was a Scottish surgeon in the Royal Navy, James Lind, who first proved it could be treated with citrus fruit in experiments he described in his 1753 book A Treatise of the Scurvy.  Captain James Cook used lemons to keep scurvy away.

But lemons also contains other natural chemicals which have medicinal value.  Dr Duke’s analysis [see observations] shows you which chemicals and what they can help with. 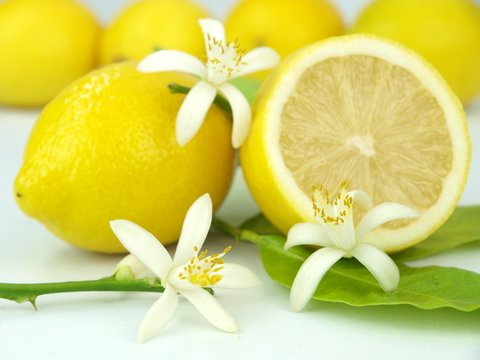 Lemons can be used in savoury and sweet dishes.  And of course they provide the foundation, with olive oil, for salad dressings. Very lemony dressings go well with butter beans.  A salad made from sliced red onions, a can of butter beans [drained], a handful of stoned black olives, crumbled feta cheese served on baby spinach leaves is delicious with a lemon dressing.

If you boil a lemon with just a pinch of bicarbonate of soda in the water until tender, it can be eaten whole, rind and pith, and added sliced to tagines.  Pickled lemons are also used in tagines.  It is possible to pickle lemons for long term storage, but there is also the option to pickle them overnight if you want the taste.  In this case slice the lemons thinly and cover with the juice of additional lemons and a mix of salt and sugar to taste [usually twice the sugar to salt].

There are numerous good recipes on the Internet for staples like Lemon Meringue Pie and home made Lemonade, and if you go to the section on barley we also have one for barley water that uses lemons, but here are some extra special recipes. 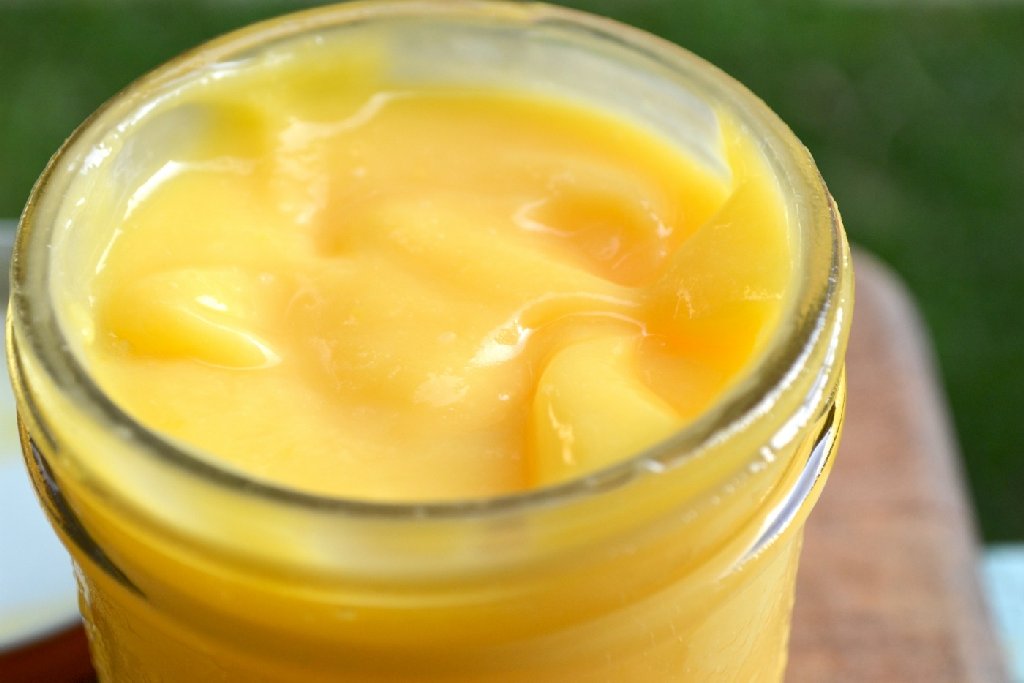 On a particularly icy day last week, my kitchen came alive with the stinging hit of freshly grated lemons for a batch of lemon curd. One or two would have been pleasing enough, but when the whole kitchen is filled with the scent of grated citrus the effect is startling. Slightly steamy, warm and bitingly fresh – this was the perfect kitchen atmosphere for a winter's day.

Lemon curd, that gloriously sweet-sharp preserve – a little jar of sunshine – is so much better when made at home. … The surprise for me is that, rather than the temperamental preserve I had been warned about, making lemon curd couldn't be more straightforward…..

Flip through old cookery books, particularly those from the Victorian era, and you will find many a recipe for this deeply citrus butter. It seems we have always had a taste for it, but then we have every reason to. A jar of the canary-coloured spread in the fridge is a must for stuffing pancakes, filling éclairs, spreading on toasted teacakes and cheering up a baguette or floury white loaf. But it will go a lot further than that. This silky spread is just what you need for filling meringues and for stirring into thick, Greek-style yogurt and crushed Amaretti biscuits as an instant dessert.

A couple of quickies I should also mention: you can produce an instant syllabub by stirring an equal quantity into whipped cream and serving it with crisp almond biscuits. You can also win brownie points for serving it at Sunday breakfast – spoon the curd over tiny blinis straight from the pan and top with a curl of crème fraîche. 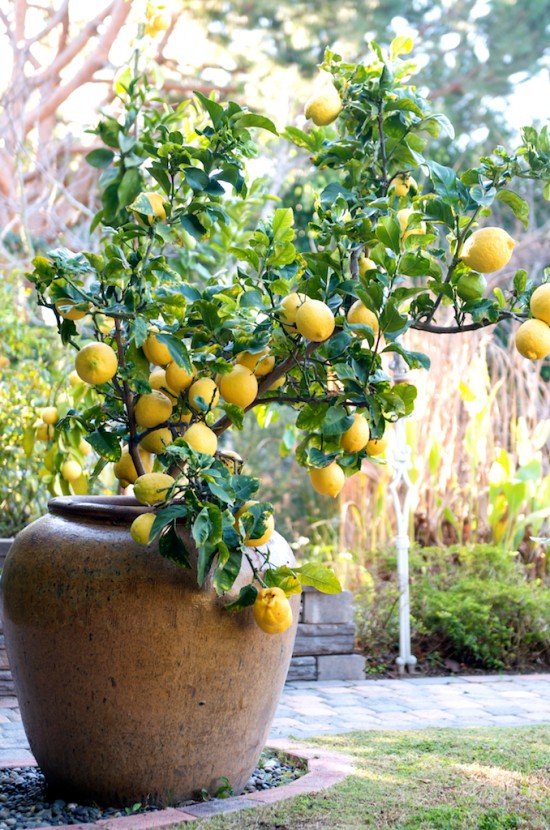 This is such a simple, clean and delicious risotto.

When buying asparagus, have a look around because there are lots of varieties available now.

There are variations on this risotto that I love to do, like sprinkling in a little picked crab or lobster meat or fresh, peeled prawns or sliced scallops - all of these work particularly well with asparagus.

If you do decide to add any of these seafood suggestions, then reduce your Parmesan by half. 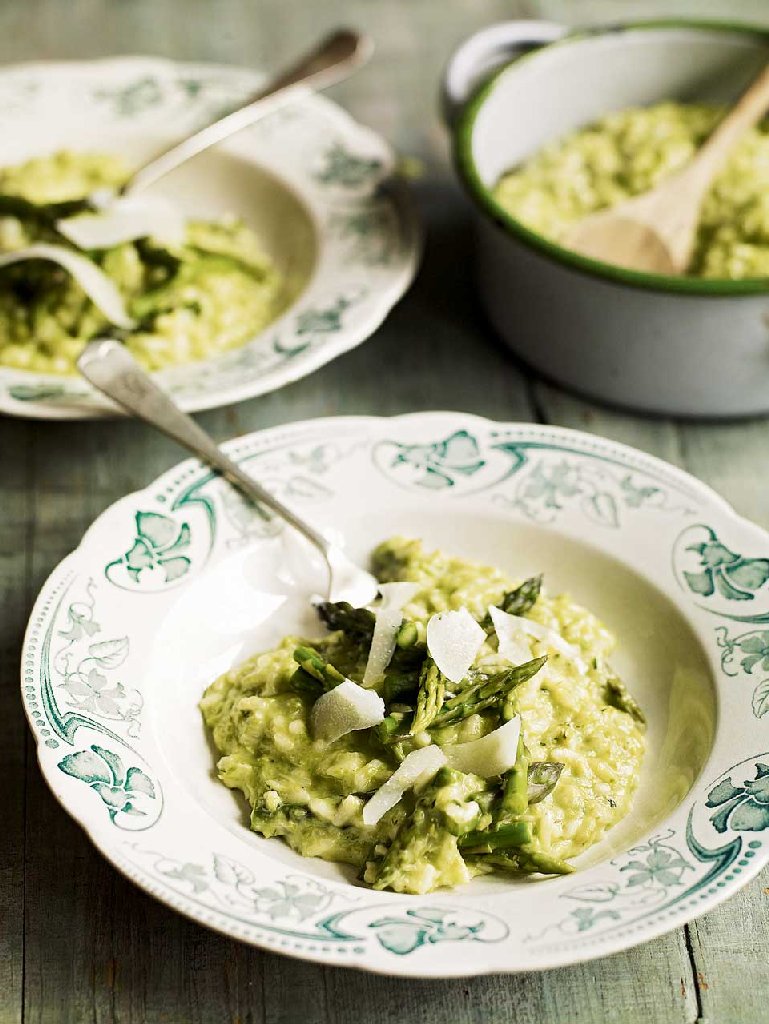 The same recipe can be used with variations, such as peas instead of asparagus.

It is also possible to omit both peas and asparagus and make a very rich but truly delicious risotto with the addition of 2 small sprigs of fresh rosemary (finely chopped), 1 large egg yolk and 60 millilitres double cream, added at the end of cooking time.  To this can be added crab meat if desired – although if you do this you need only small quantities as it is very rich [and truly delicious]  and is best served with a light green salad.

The advantage of this recipe is that all you need is a freezer and a small one will do – even the one at the top of a fridge works fine, plus you can serve it straight from the freezer, without having to leave it to soften. 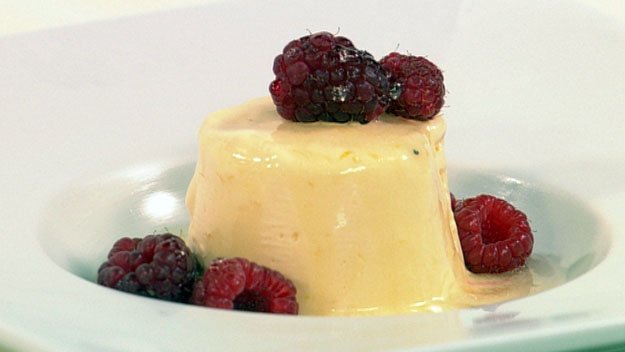 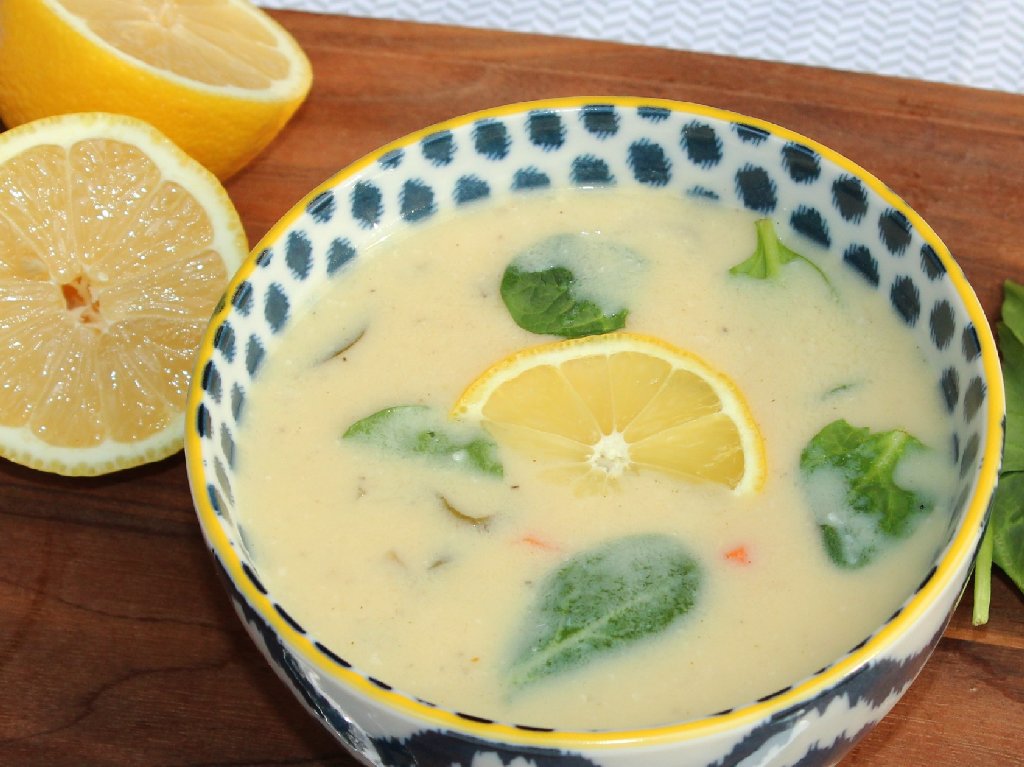 The simplicity of this dish and strong disparate flavours warrant high quality ingredients. If you can, seek out amalfi lemons, which are good enough to eat raw like an apple, and use whole Spanish anchovies packed in salt. This salad can be served warm or at room temperature. 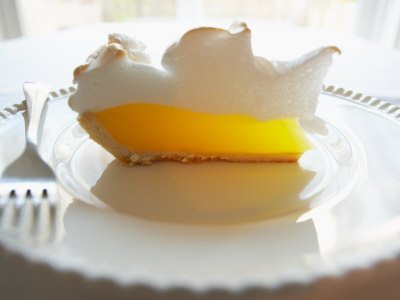