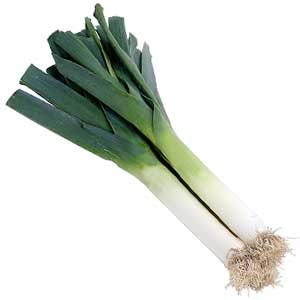 Allium porrum -  The leek is a vegetable that belongs, along with onion and garlic, to the genus Allium, currently placed in family Amaryllidaceae, subfamily Allioideae.

Its specific scientific name has changed over the years, but it is now within the species Allium ampeloprasum.  Two related vegetables, elephant garlic and Kurrat, are also cultivars of A. ampeloprasum.  We have grouped them together for the purpsesof the observations.

The edible part of the leek plant is a bundle of leaf sheaths that is sometimes erroneously called a stem or stalk.  Rather than forming a tight bulb like the onion, the leek produces a long cylinder of bundled leaf sheaths that are generally blanched by pushing soil around them (trenching).

They are often sold as small seedlings in flats that are started off early in greenhouses, to be planted out as weather permits. Once established in the garden, leeks are hardy; many varieties can be left in the ground during the winter to be harvested as needed. 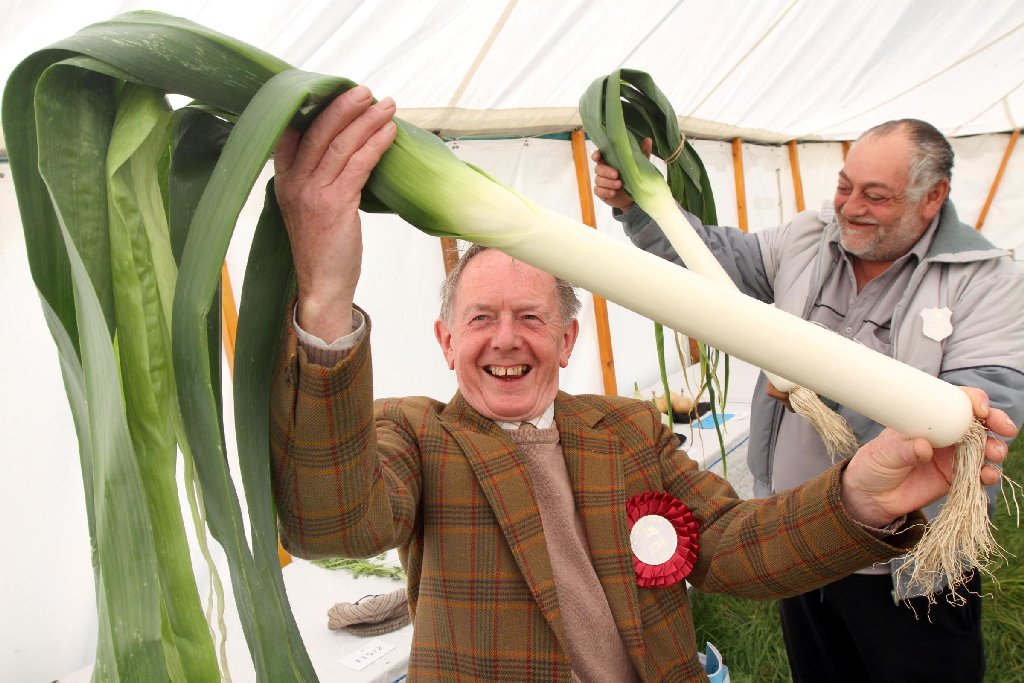 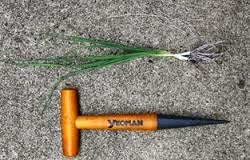 Leeks are easy to grow from seed.  Once the seedling has reached about 2-3 inches high it is transplanted into a hole you make with a ‘dibber’ – the handle of a broken spade will do as long as it has been smoothed off so you can make a hole.  Holding the little leek at the top, being careful not to bruise it, you place it with about an inch above ground and then water it in.  This way you do not disturb the roots too much and it goes in with a nice damp environment to get it going again.

You DO NOT chop off the top of the leek when planting as some websites seem to suggest.  This weakens the plant and attracts disease and pests.  Leave the long apparently straggly leaves as they are ,they will be fine. 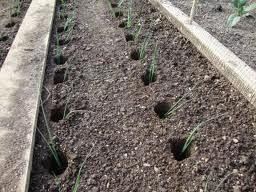 now water them in with a watering can or hose

The soil in which it is grown has to be loose and well drained.  Leeks will grow in clay soils, but you need to mix the clay with compost.  Plant them a good 6 inches apart, more if you have the room.  The key to a good healthy leek is the same as a good onion - food.  The richer the compost the better, chicken manure, matured cow manure, all work well.

Leeks are on the whole relatively pest free, although according to Wikipedia, they can get leek rust (puccinia allii).  As this is a fungal disease, I assume it only attacks if the ground is too claggy and there is not enough air flowing through them.

It is possible to build up the soil [the trenching mentioned above] so that you get more of the white and less of the green part of the leaf, a little like you do celery.  Another way is to put toilet roll centres [or similar cardboard tubes] around them before they are grown.  These are normally biodegradable and help to keep the soil out of the centre of the leek. 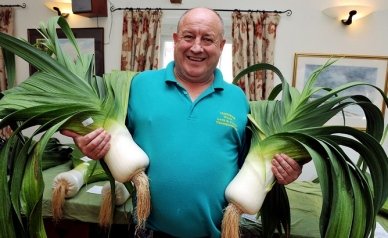 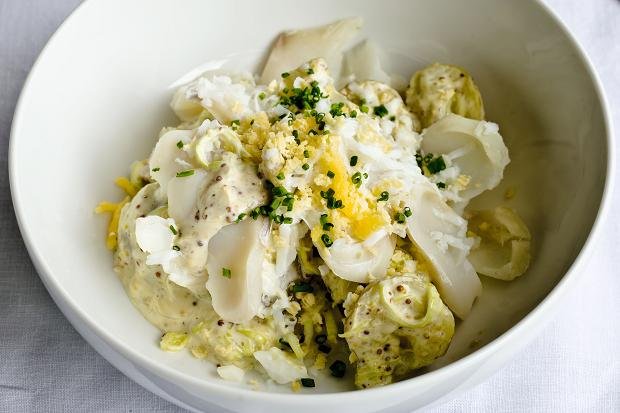 Leeks can be cut lengthwise or across the stem in rounds.  If cut lengthwise and steamed lightly they can be added to salads using other julienne vegetables.

Do not eat leeks that have a central core to them.  It means they have started to go to seed.  They will do you no harm, but they will be bitter and tough.

The green tops are much stronger in flavour and sometimes a bit tough, but in soups and stews they are very tasty.  They can be made more tender by pureeing them with a blender.  I always add any leek tops to bones when making stock as they really add zip to any broth.  Once the broth has cooked for some hours [slow cooker of bottom oven of an Aga], then the stock is obtained by straining. 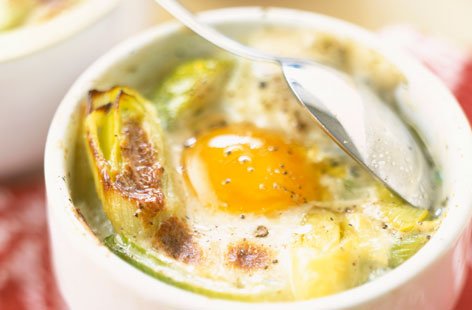 Baked eggs with leek and roquefort

A staple supper of my school days was steamed leeks in a cheese sauce topped with fried crispy bacon chopped or not depending on your taste.

They can be used in soups – chicken and leek soup [cock-a-leekie soup], leek and potato soup, and vichyssoise, as well as plain leek soup.

If a single cut is made to the core of the leek and they are then steamed whole, the leaves can be flattened out, a stuffing [meat, cinnamon, pine nuts, currants, rice or herbs] placed on them and then rolled.  My Mum used to then cover them with a tomato sauce and bake them in the oven.  Here are some more suggestions: 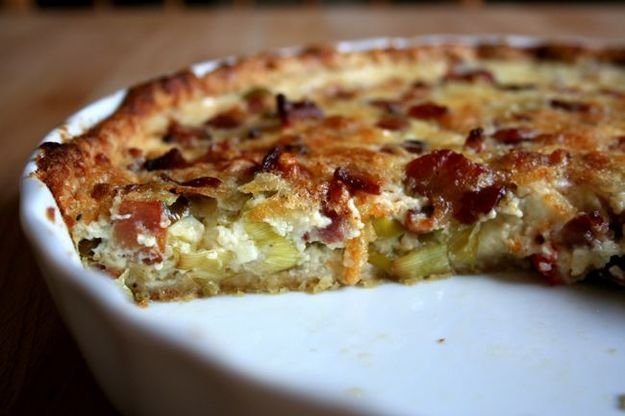 This rich and warming savoury crumble is a great vegetarian main, or supper dish.  Serves 4 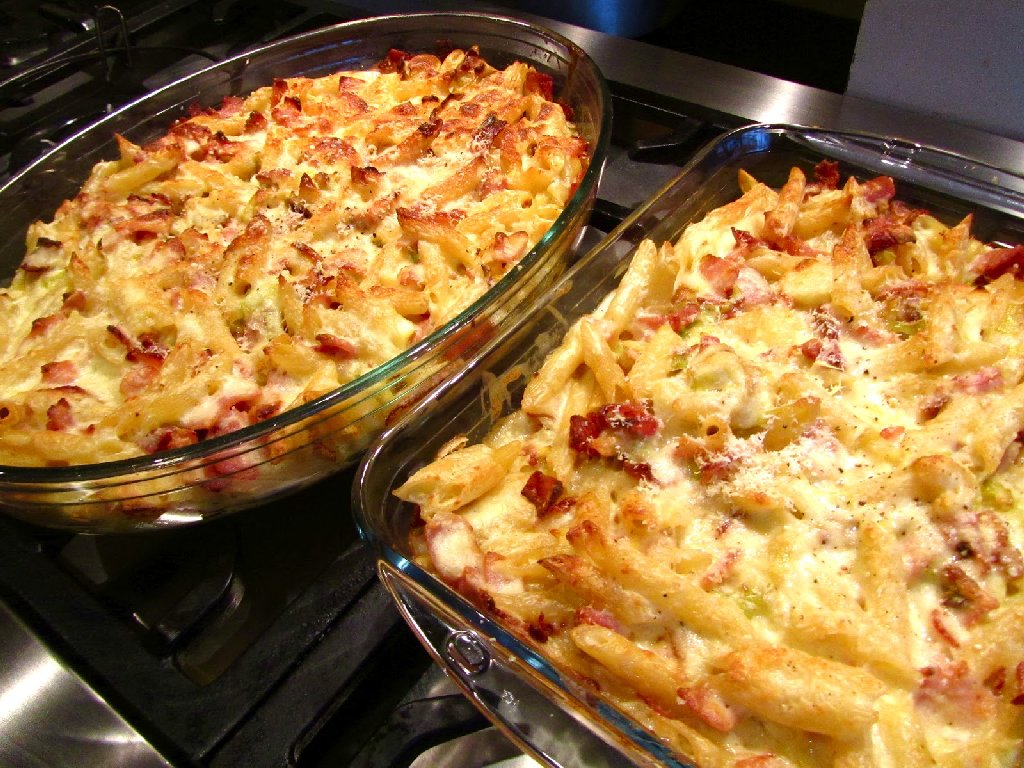 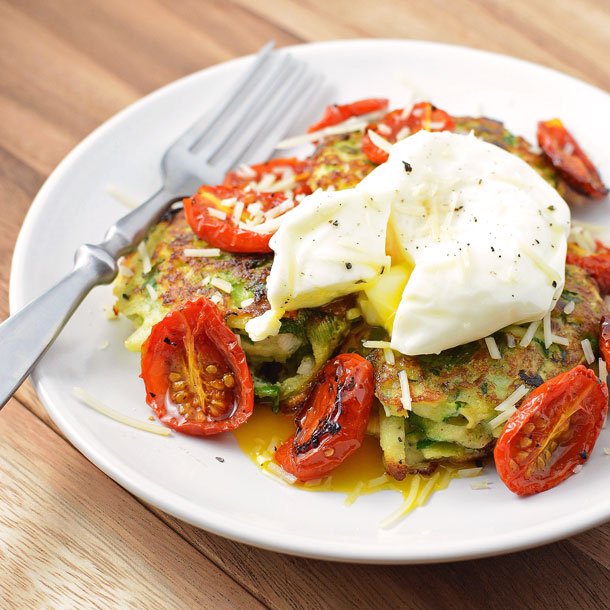 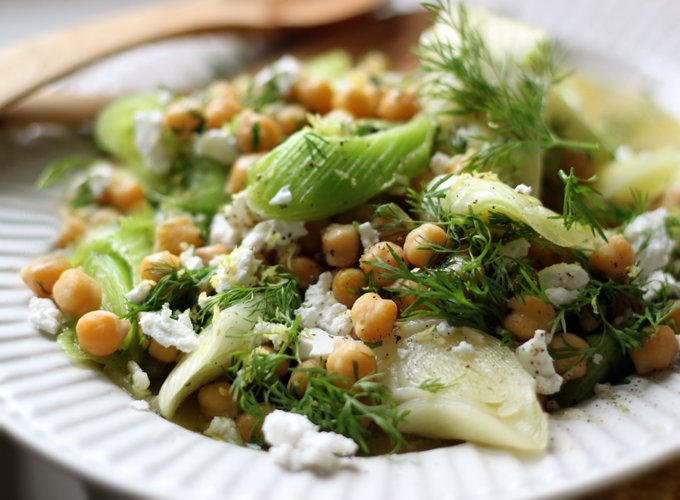