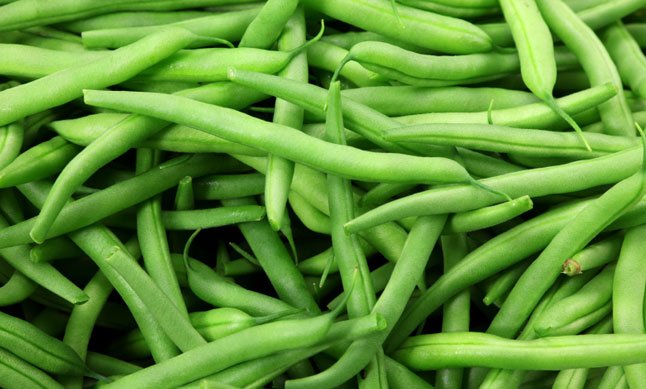 Green beans include any beans in the classification of  Phaseolus vulgaris subsp. var. vulgaris (Fabaceae).

Runner beans do not belong to this family, but belong to Phaseolus coccineus, however, it too is a plant in the legume or Fabaceae family.

Although the Flageolet bean belongs to this family, we have given it a separate entry, as on the whole, it is eaten for the bean and not the pod, whereas the majority of the other beans in the list are eaten for their pod.

The green bean is a herbaceous annual plant grown worldwide for either its edible dry seed (known as just "beans") or unripe fruit (green beans).  Its botanical classification, along with other Phaseolus species, is as a member of the legume family Fabaceae, most of whose members acquire the nitrogen they require through an association with rhizobia, a species of nitrogen-fixing bacteria.