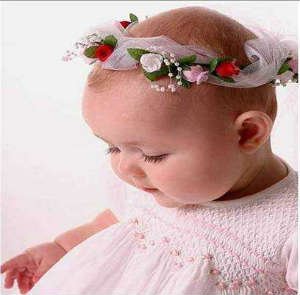 It is no accident that we say that someone has a 'broken heart', or that they are 'shit scared', or they 'couldn't stomach something', or they in contrast were 'light hearted' .The emotions thus control the organs of the body and the emotions are connected to the nervous system, which is the physical communications network

The amygdala controls emotions such as happiness and sadness or peace as opposed to fear. And it may have a hand in love, passion, orgasmic pleasure and acne’ed lust.

In the flight or fight response we do not tend to experience a great deal of peace, bliss, joy and love, in fact the very emotion of fear and panic tend to induce the sympathetic nervous system into action. Fight or flight also implies that the emotions of aggression and anger are present.

When all the threats have gone and the emotions toned down to a sense of peace and joy, the parasympathetic nervous system will kick in. We revert to right brained thinking and can then receive moments of inspiration, wisdom and divine love. We, may experience bliss and can enjoy happiness, which means the emotions here provide a positive feed to the nervous system.

Dopamine is just a messenger between the two systems that is all - emotion to nervous system.

Dopamine receptors can be found in the body’s central nervous system (CNS) but also in the atria of the heart, the kidneys and the pulmonary artery . The neurotransmitter dopamine is the primary ‘within body’ ligand. Dopamine also acts upon receptors present on immune cells, with ‘ high expression on B cells and natural killer cells’. I assume that this is why when we laugh a lot and are happy our immune sytem seems to be more effective at fighting off disease. ‘A laugh a day keeps the doctor at bay’ as Ken Dodd might say.

The functions of each of the sub receptors are still being worked out, but are partly being deduced from what happens when we lack dopamine and become ‘psychotic’ [a lovely catch all phrase – meaning we don’t behave in the way psychiatrists do – which probably means we are all psychotic in their eyes]

The ‘fine motor control’ has an interesting adjunct. An inability to use dopamine can cause Parkinson's disease, in which a person loses the ability to execute smooth, controlled movements.

There are two Dopamine receptors families – the D1 family and the D2 family:

There are a number of psychiatric theories or hypotheses that link depression and lack of learning ability, lack of motivation, poor memory, inability to feel pleasure, glumness, despondency, gloom and so on, with either a hereditory or an acquired lack of dopamine receptors. The drugs invented to help the people with these problems, aim to boost the activity of the reduced number these poor people may be stuck with.

There is also a theory that some food addiction is caused by the low number of dopamine receptors in people who ‘binge eat’ – they are desperate to get the pleasure from the food, but have to eat more to get it. On the other hand they may just be putting too much food on their plates…

As you can see we seem to be all set here with a set of receptors purpose made to give us the spiritual experience of our life. Laughter, love, euphoria and pleasure … well what more could anyone want!!

But as in all things, nothing is as simple as it at first appears.

If summarise the effects of the agonistic actions and thus of dopamine itself, we see that they are

Lack of dopamine for any reason causes an 'antagonistic' effect

Although it may be hard to believe, some pharmaceuticals have deliberate antagonistic action.

The search has been on for some time – deep in the vaults of the ‘recreational drug users’ by those who have worked out the same thing as I have. Except they were quicker on the uptake.

They are on the search for drugs and pharmaceuticals that have agonistic action just like dopanine, not surprising as they want to take them and I was only writing about them.

This strikes terror into the hearts of those ‘in authority’ who talk of addiction potential and indeed they are very right – find a drug that gives all this lot and people will want to go back for more and more and more. So yes, this is dangerous territory.

Dopamine is potentially addictive if we find a source of it external to our own bodies, because pleasure is addictive.

BUT, if you overdose on anything that affects these receptors, you will in the long term be in for a shock, because the body compensates for such bombardment by either increasing or decreasing the number of receptors. If you bombard them to get more and more pleasure – the body will decrease the number of receptors and without the stimulus the end result is the opposite of pleasure – gloom and despondency.