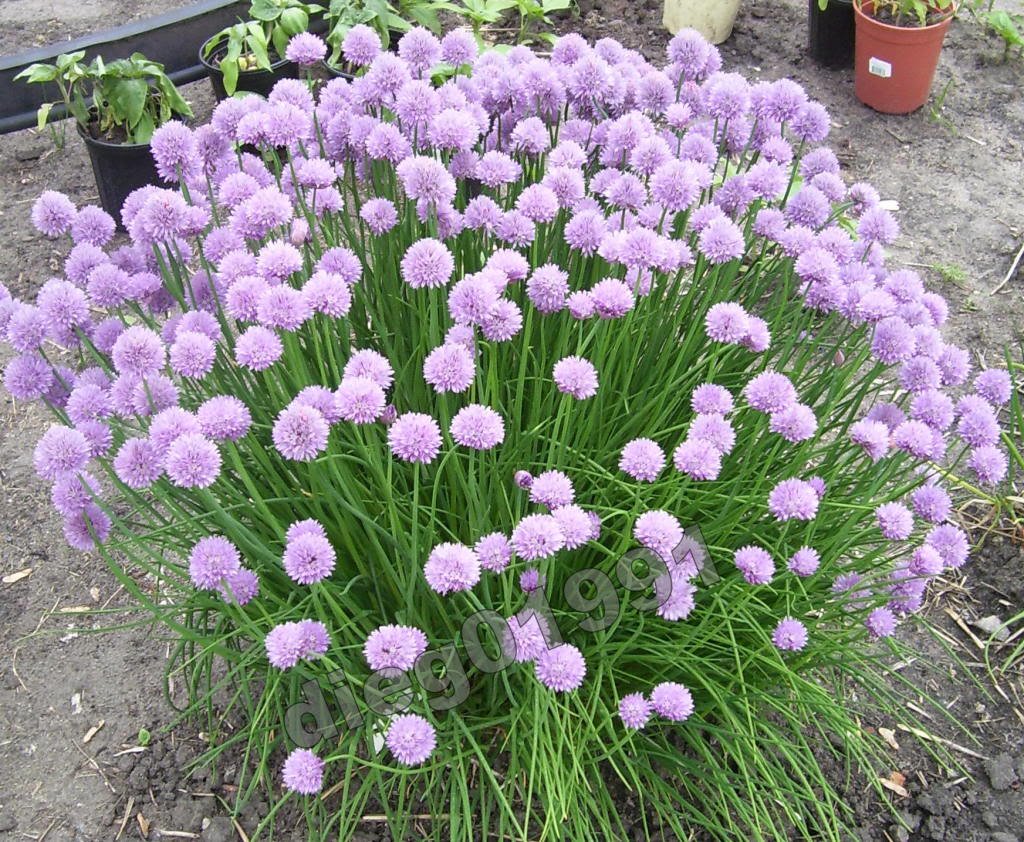 Chives is the common name of Allium schoenoprasum.

A perennial plant, it is widespread in nature across much of Europe, Asia and North America.  A. schoenoprasum is the only species of Allium native to both the New and the Old Worlds.

The leaves are edible, whereas the rather tough stalk and flowerhead, though extremely beautiful, are not eaten.  In addition to the leaves, the unopened, immature flower buds are sometimes diced and used as an ingredient for fish, potatoes, soups, and other dishes.  In general, however, chive leaves can simply be snipped with scissors on salads or as a garnish for any savoury dish.  They have a very delicate onion flavour and do not withstand cooking, as such they are the one member of the onion family that is better eaten raw, particularly as nutritionally it is a very valuable plant.

Chives are particularly tasty with potatoes and a potato salad made with a [combined] single cream, English mustard and sugar dressing, is brought to perfection by having snipped chives added just before serving.

The name of the species derives from the Greek σχοίνος, skhoínos (sedge) and πράσον, práson (leek). Its English name, chives, derives from the French word cive, from cepa, the Latin word for onion.

Chives are also a very important companion plant.  They have insect-repelling properties that can be used in gardens to control pests.