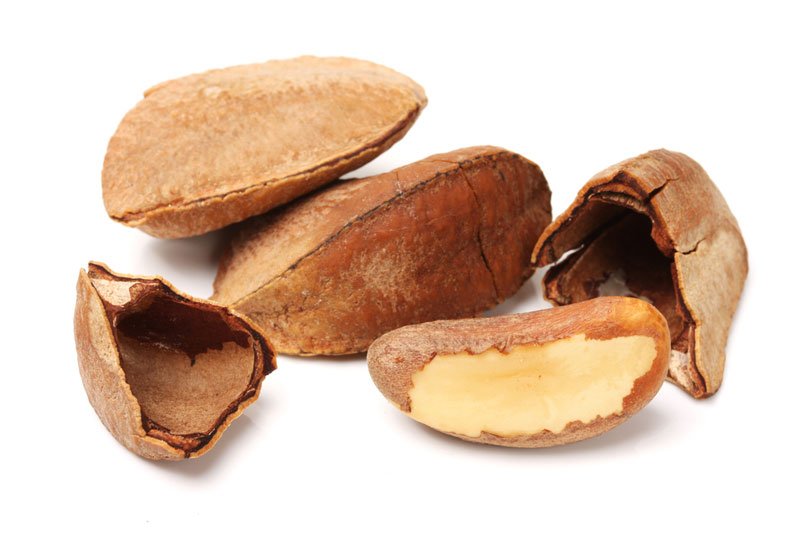 The Brazil nut (Bertholletia excelsa) is a South American tree in the family Lecythidaceae,  and the only species in the monotypic genus Bertholletia.

It is native to the Guianas, Venezuela, Brazil, eastern Colombia, eastern Peru, and eastern Bolivia. It occurs as scattered trees in large forests on the banks of the Amazon River, Rio Negro, Tapajós, and the Orinoco. The genus is named after the French chemist Claude Louis Berthollet.

The tree gives its name to the  tree's commercially harvested edible seeds - nuts.  In Brazil, it is illegal to cut down a Brazil nut tree. 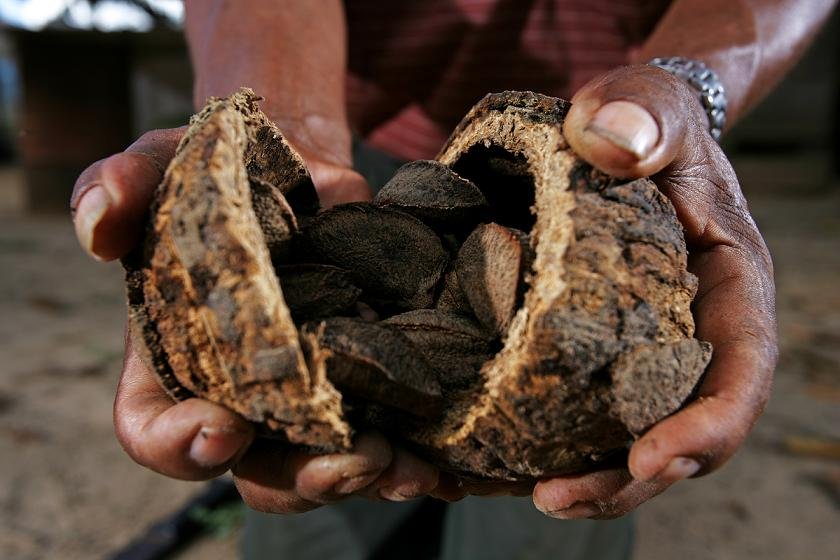 It may live for 500 years or more, and according to some authorities often reaches an age of 1,000 years.

The stem is straight and commonly without branches for well over half the tree's height, with a large emergent crown of long branches above the surrounding canopy of other trees.

The flowers are small, greenish-white, in panicles 5–10 cm (2.0–3.9 in) long; each flower has a two-parted, deciduous calyx, six unequal cream-colored petals, and numerous stamens united into a broad, hood-shaped mass. 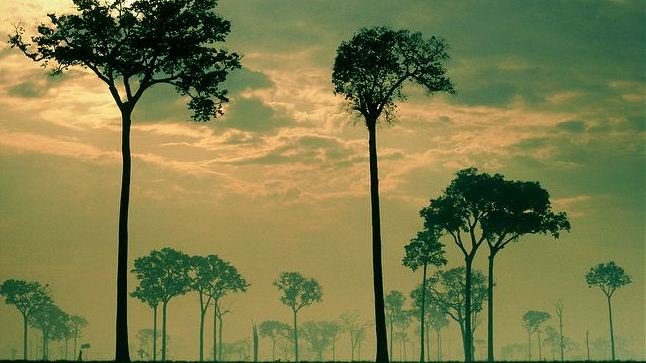 The Brazil nut family is in the order Ericales, as are other well-known plants such as blueberries, cranberries, sapote, gutta-percha, tea, gooseberries, phlox and persimmons.