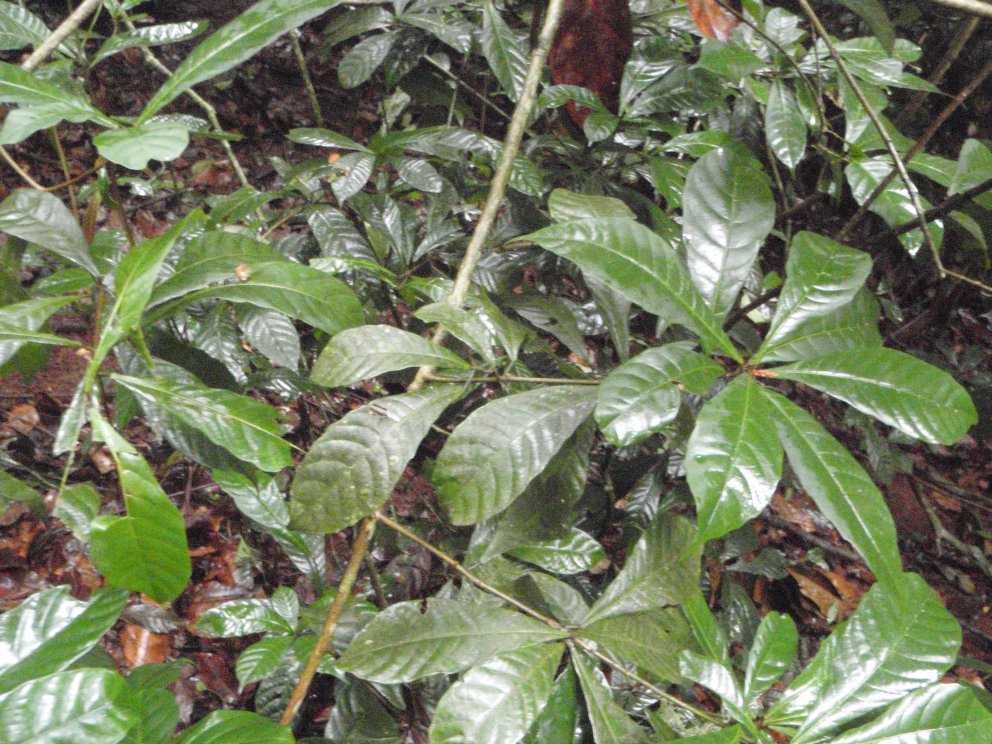 It can be found in the undergrowth of the closed-forest and clearings of rainforest and swamp forest, at elevations from sea-level to 1,200 metres, from Mali to W Cameroon and Fernando Po, and is widespread across Africa to Sudan and Uganda. 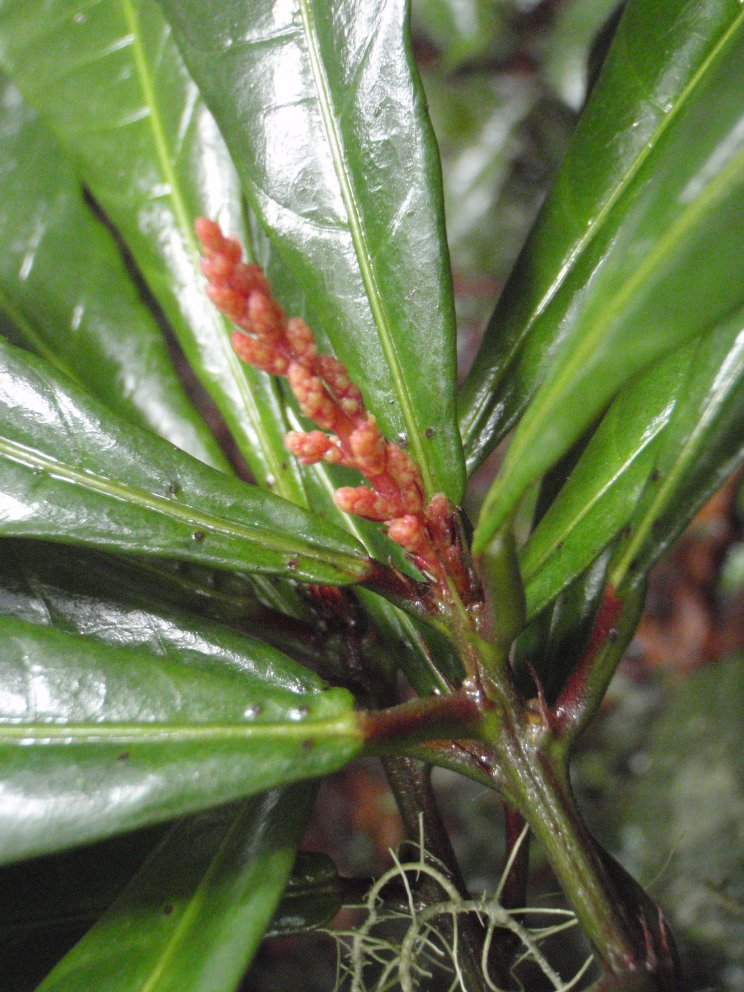 It is worth noting that the South American species Alchornea castaneifolia, has similar properties to Alchornea floribunda.

Alchornea floribunda is a small leaning semi-scandent shrub or evergreen tree that can grow up to 32 feet tall.  The flowers are dark red, and the fruit capsules are smooth, hairy, and ripen from green to red. Each fruit contains two bright red seeds. A. floribunda grows primarily in forest undergrowth in Africa. It may be propagated through seed or stem cuttings and enjoys very moist soil (Voogelbreinder 2009, 76-77).

Members of the Byeri group of the Fang in Gabon, a precursor to today’s Bwiti tribe, once consumed large amounts of the root of A. floribunda, which they call alan, as part of initiatory rituals. It is said that the effects are weaker and not as long lasting as those of iboga (Tabernanthe iboga), the entheogen which the Byeri now regularly use in initiations. 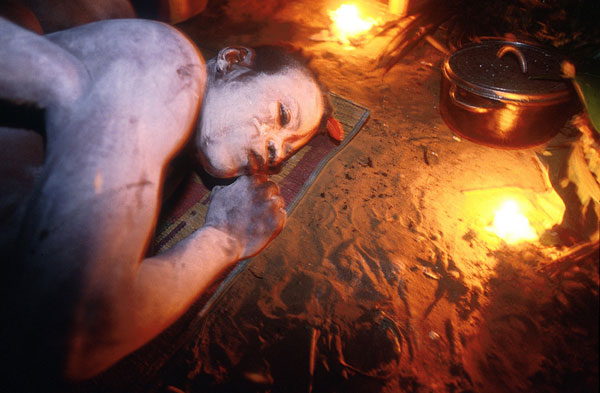 During such a ritual, the initiate is “shown the skulls of his or her ancestors, and the alan root assists them in communicating with the spirits of these invidivuals”.

Consumption of A. floribunda creates a state of intense excitement and unbelievable ecstasy. This state  is followed several hours later by depression, vertigo, and eventual complete collapse. At this point in the experience, the Bwiti say that the soul journeys to the land of the ancestors and holds council with these ancient spirits. A. floribunda may cause overdose and death in certain situations, which is perhaps why it has been primarily replaced by iboga, even among the Bwiti (Voogelbreinder 2009, 76). 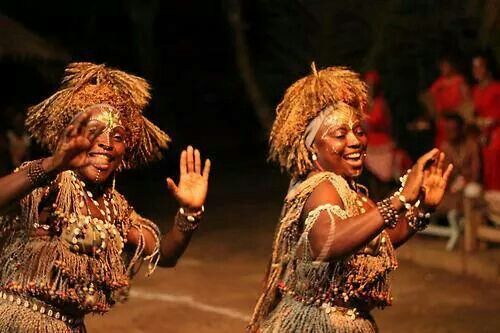 A. floribunda is still used today by the Byeri alongside iboga for ritual purposes, and alone as an aphrodisiac (Voogelbreinder 2009, 76).  In order to enjoy the aphrodisiac effects of A. floribunda, the Bwiti macerate the root cortex and soak it in palm wine for several days.

The Gabonese report that they learned to use the Iporuru root after observing gorillas. It has now been shown that gorillas in Equatorial Guinea and chimpanzees in the Republic of Guinea do indeed use the Alchornea floribunda root as an intoxicant.

The plant is preferentially used by chimpanzees when making tools for catching termites in the Dja Faunal Reserve in south eastern Cameroon. The animals hunt through the forest for the shrub and make short poles out of it. Thicker poles about half a metre long are used to dig into and disturb the termite mound, and thinner, flexible poles are inserted for the angry termites to climb onto. The chimpanzees then scoop the termites clinging to their fishing rods into their mouths.

As such we might imagine here that the chimps are doing the equivalent of having a beer with mixed nuts!  Even better, gorillas build their nests with this plant.  So ‘getting high on your home’! 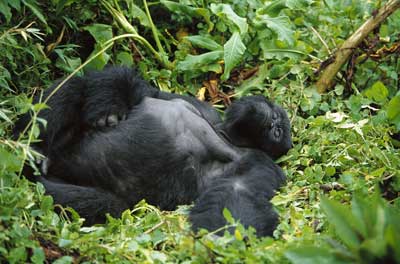 Forty-six plant species representing about 15 % of the total number of species in the forest  ….. were frequently used by gorillas. … Nests were mostly built with herbs of the families Marantaceae and Zingiberaceae and woody species such as Manniophyton fulvum (liana) and Alchornea floribunda (shrub).
As observed in other gorilla populations, suitability for nest building and availability of gorilla food in stems were the likely determinants of plant selection. ….. Seasonal changes in the use of different habitat types for nesting did not appear to influence plant use for nest building as there was little variation in plant selection across seasons or the composition of nests. Our findings suggest that gorillas non-randomly select plant species to build nests, and use a particular set of species combined at varying proportions, with no clear seasonal or spatial patterns.  PMID:  23732768 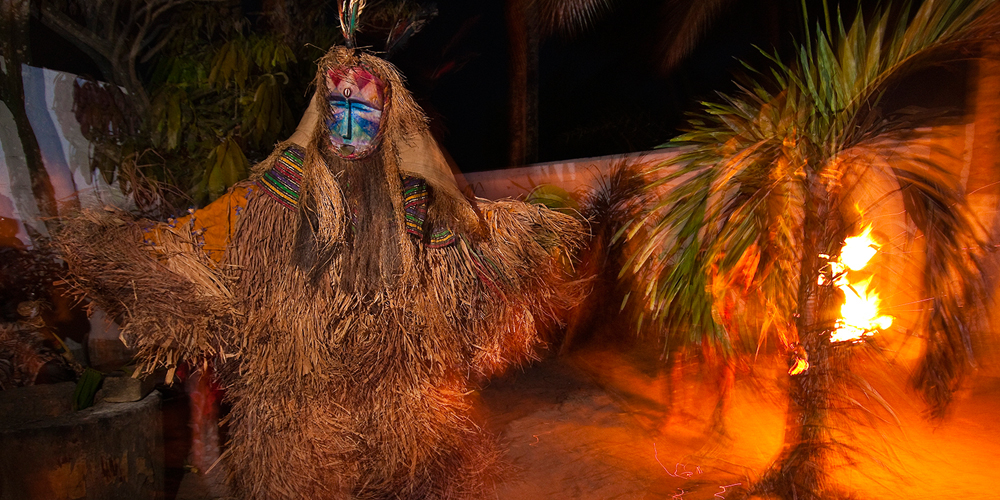 As if to support the gorilla and chimpanzee behaviour, Christian Ratsch in his Encyclopedia of Psychoactive plants lists a very large number of plants that are used as “marijuana/cannabis substitutes”, and Alchornea floribunda is one of them.  But Rasch does not state that they have the same physiological effect as cannabis, he has simply shown what some people have used.  He has used information provided by Jonathan Ott for example to derive the list.  Rasch incidentally makes it very clear that he has listed them because they are used, for their cannabis-like effect.

In Dr Duke’s analysis of the plant, and its chemical constituents, there is nothing to suggest that this plant has anything in common with cannabis.  No chemicals as far as I can tell are actually the same as those in cannabis.

The leaves of A. floribunda are eaten in the Congo as an antidote for poison, and the leaf or root sap is applied to irritated or wounded skin as a salve (Burkill 1994).

In the Ivory Coast, the leaves of A. cordifolia are consumed and put in baths as a sedative and antispasmodic medicine. The root bark and leaves are used topically or made in to a tea for the treatment of parasites, venereal diseases, ulcers, and so forth. The leaves are chewed to relieve canker sores. In Nigeria, a tea prepared with the fruit is taken by women to prevent miscarriage and to heal various reproductive diseases (Burkill 1994). Note that the observations show that the plant does have anti-bacterial, anti-parasitic, anti-fungal and anti-viral activity [see below].

The leaves are also traditionally used externally as an anti-inflammatory, and Western medicine has recently begun to research the potential of this plant in the treatment of inflammation (Okoye et al. 2010). 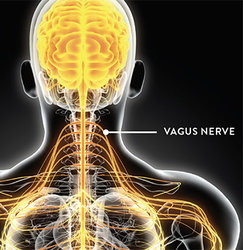 In analysing the plant for its chemical constituents one key interesting chemical appears to be Alchorneine in the Plant.  It is “Antiperistaltic; Antispasmodic; Ganglioplegic; Parasympathomimetic; and Vagolytic”

A Vagolytic is a therapeutic or chemical agent that has inhibitory effects on the vagus nerve.  The vagus nerve is one of the cranial nerves that connect the brain to the body. It has two bunches of sensory nerve cell bodies, and it connects the brainstem to the body. It allows the brain to monitor and receive information about several of the body's different functions.  In many yoga breathing exercises, it is the vagus nerve that is manipulated – for example in belly breathing, the belly [intestines] are used to press the vagus nerve from below and this induces a deep sense of relaxation and peace.  It is not intoxicating as a stimulant but a relaxant – and as it says above invokes the parasympathetic nervous system. 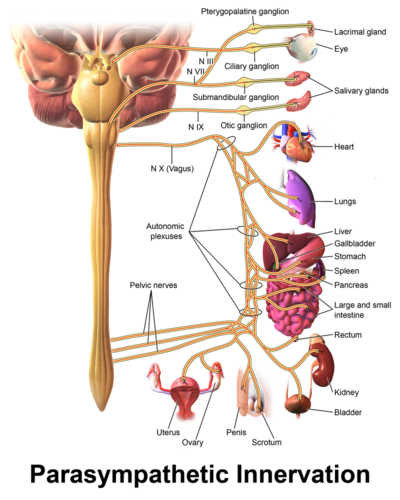 Again let us go back to Dr Duke’s analysis and this time look at Yohimbine found in the plant.  Yohimbine appears to reinforce the effects of the Alchorneine, it blocks adrenaline [so it too invokes the parasympathetic nervous system], has an anaesthetic effect, helping with the chest pain caused by angina.

By virtue of its parasympathetic action it then becomes an antihypertensive [at low doses], relaxing the artery walls [Antiatherosclerotic]; and promoting relaxation instead of anxiety [Antidepressant].

And it has the reputation for being an Aphrodisiac because once the blood is flowing and the chap is relaxed, erections are much easier.

In other words we can see that the synergistic working of the two chemicals will indeed support the traditional use of the plant as an ‘intoxicant’ and ‘aphrodisiac’. 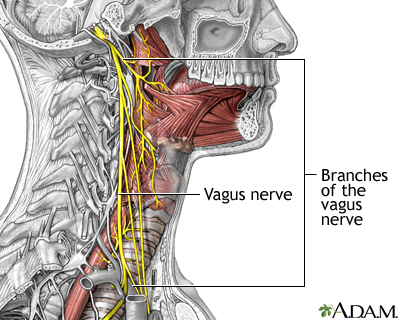 Paresthesia is an abnormal dermal sensation (e.g., a tingling, pricking, chilling, burning, or numb sensation on the skin) and is the result of skin complaints – eczema, psoriasis etc.  The yohimbine in this plant is an Antiparaesthesic ‘6 mg/3xday/man/orl’

The Alchorneine in the plant is a ganglionic blocker (or ganglioplegic), which is a substance that inhibits transmission between preganglionic and postganglionic neurons in the Autonomic Nervous System, often by acting as a nicotinic receptor antagonist.  The plant is thus a potential pain reliever and one that does not rely  on the normal pain receptors being blocked.

The plant potentially should help with illnesses like Tourettes, as the Yohimbine is a Tremorigenic – a substance able to help with any involuntary trembling or quivering, as of the hands.  It may also help with Parkinson’s disease.  Alchorneine is also antispasmodic. 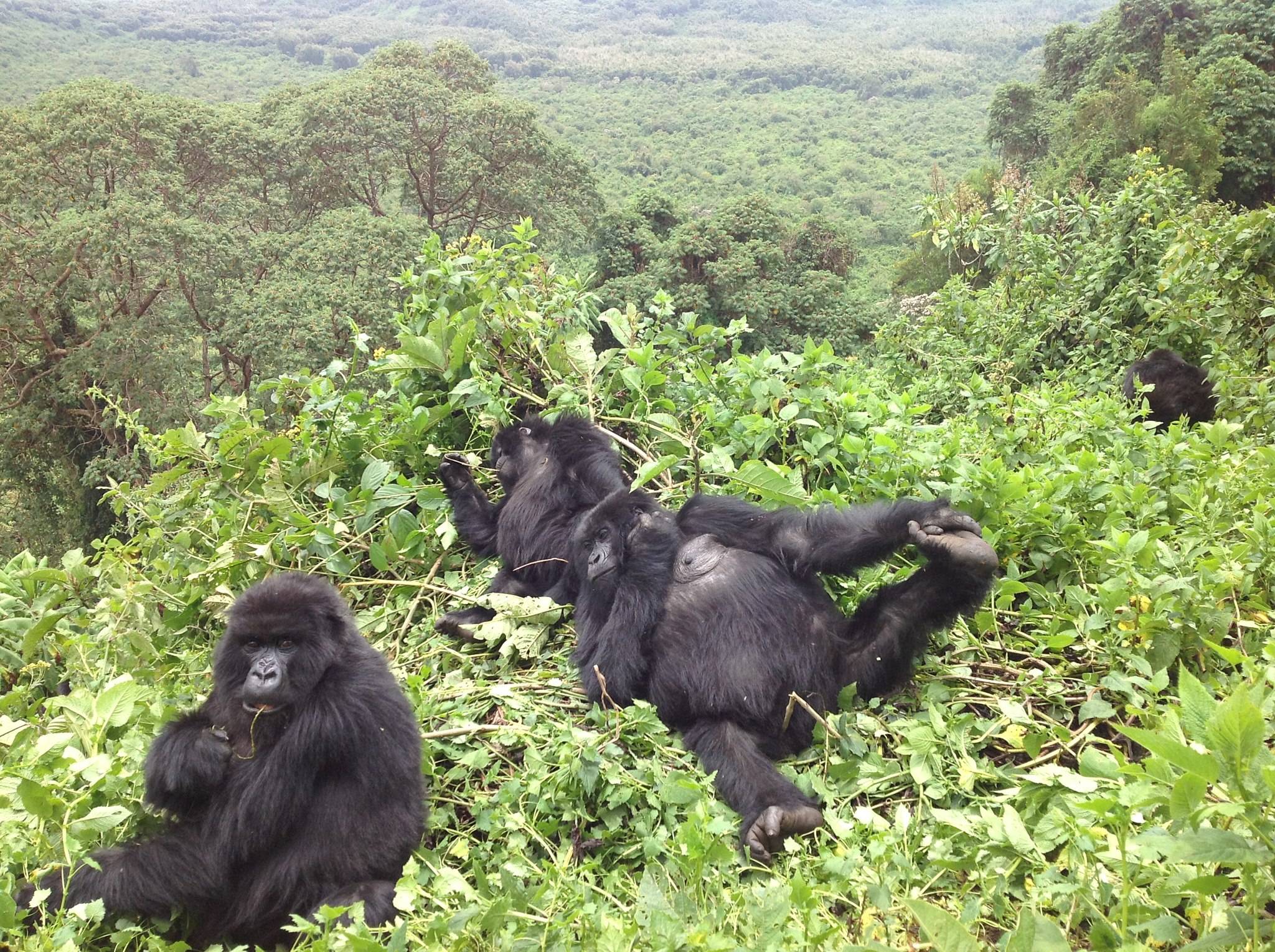