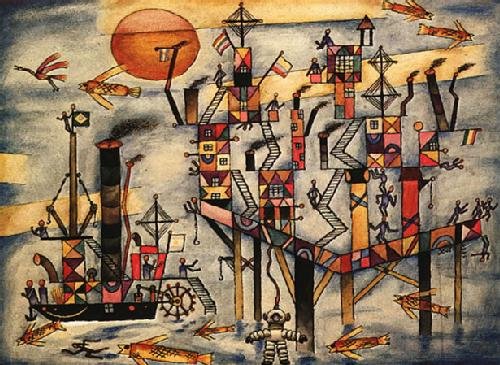 Pseudomonas aeruginosa is a common Gram-negative rod-shaped bacterium that can attack plants and animals, including humans. A species of considerable medical importance, P. aeruginosa is a "multi drug resistant (MDR) pathogen that is recognised for its ubiquity".

This bacteria is everywhere.  It is found in soil, water, sewerage farms, and reservoirs.  It is also present in most man-made environments throughout the world.

This bacterium is found on and in medical equipment, including catheters, and is the most frequent colonizer of medical devices.  It has caused ventilator-associated pneumonias.  One in ten hospital-acquired infections are from this bacteria.

It thrives not only in normal atmospheres, but also in hypoxic atmospheres, and has, thus, colonized many natural and artificial environments. It thrives on moist surfaces.

P. aeruginosa is also capable of growth in diesel and jet fuels, where it is known as a hydrocarbon-using microorganism, and this of course is less than helpful.  As my husband said it can ‘gum up the works’. 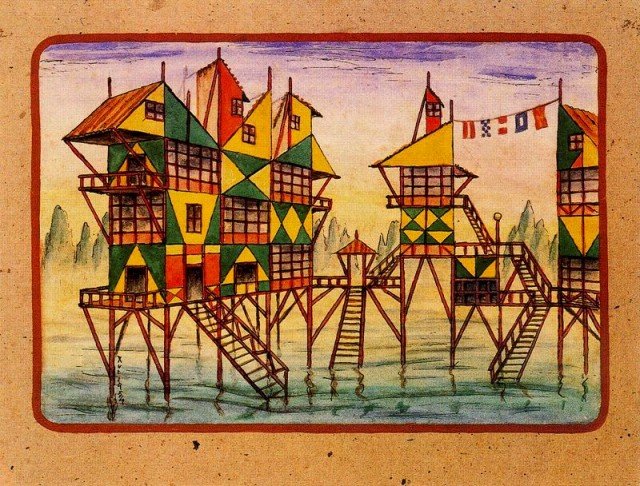 It uses a wide range of organic material for food. Furthermore, when oxygen, nitrate, and nitrite are absent, it is able to ferment arginine and pyruvate.  This is why it can survive in diesel tanks and the lungs of cystic fibrosis sufferers.  During lung infection in cystic fibrosis patients, where thick layers of lung mucus and alginate surround the bacterial cells and thus limit the diffusion of oxygen, the bacteria can still survive.  They are trapped, but they are still alive.

It can be spread by cockroaches.  P. aeruginosa is among the gram-negative bacilli commonly isolated from the exoskeletons and/or droppings of the cosmopolitan peridomestic cockroaches - including Periplaneta americana and Blatella germanica - which are often pervasive in households as well as hospital settings. The importance of P. americana (and other vermin) as a potential reservoir or vector of P. aeruginosa continues to be studied.

Yet P. aeruginosa is described as “not extremely virulent in comparison with other major pathogenic bacteria species” and that it “does not fare especially well under suboptimal atmospheric conditions nor aggregate into enduring biofilms”.  It is even directly useful to us as it is able to decompose hydrocarbons and has been used to break down tarballs and oil from oil spills. 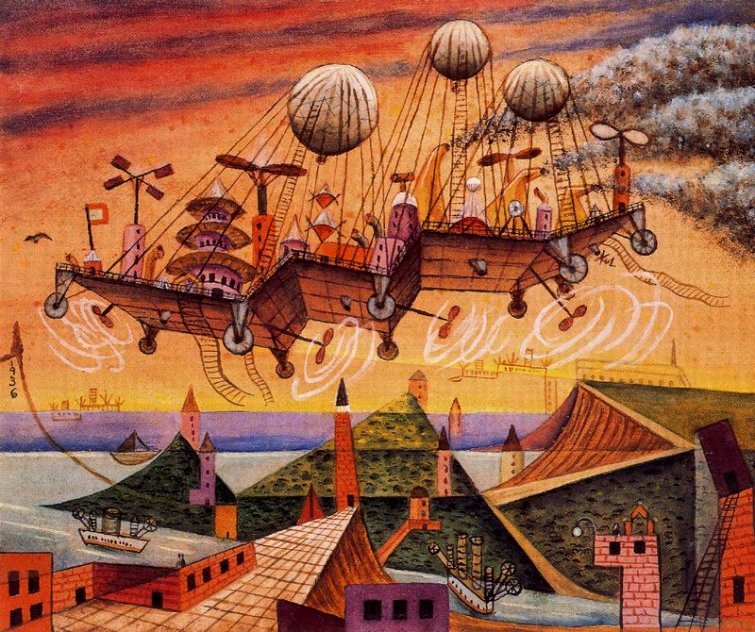 There is no doubting the deadliness of this bacteria.  But it is only deadly in the sick and the weak.  Serious infection is often superimposed upon acute or chronic illness, or found in immunocompromised individuals, for example, those who have rather ill advisedly used anti-histamines or those who have been put on immunosuppressants.

Some of the people Pseudomonas aeruginosa targets includes premature infants, the elderly, burns victims, people who have been wounded, cancer patients [especially those in hospital], and cystic fibrosis patients.  Pseudomonas is also a common cause of postoperative infection in surgery patients.

It tends to attack the airways, urinary tract, lung, liver and kidneys.  It is the most common cause of infections of burn injuries and of the outer ear (otitis externa).  The organism is also associated with the skin lesion ecthyma gangrenosum.

But now we need to take stock. 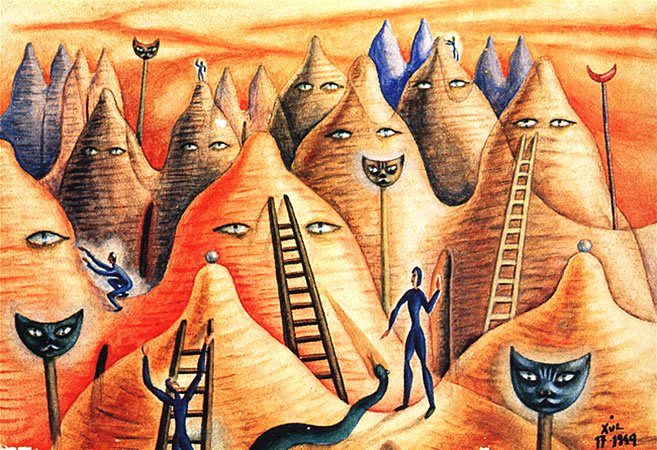 The presence of P. aeruginosa in a healthy person thus requires no treatment.  In healthy people it is a ‘benign symbiont’ - an organism living in symbiosis with another.

However once its host is weakened by an illness, surgical procedure, or immunosuppressive drugs P. aeruginosa can cause infection, inflammation, sepsis and death.

The trigger to the change in its activity is when  phosphate levels are low, when this happens the bacteria expresses lethal toxins inside the intestinal tract and presumably also on the skin of wound victims, which severely damage or kill the host.

In other words, Phosphate depletion itself signals P. aeruginosa to become lethal.  Clearly for all people who are poorly, adequate levels of phosphate become a high priority.

In summary - If we now go back to its purpose,  its use is to weed out the weak – it attacks plants and other animals as well as humans that are damaged in some way.  It appears to target organisms already infected with other perhaps more deadly pathogens or pathogens that if they spread would cause considerable damage.  In other words it targets the weak and badly infected before they become a danger to others.  And the signal for it to start appears to be phosphate depletion.

P. aeruginosa is an organism that is able to protect itself by constructing a biofilm. 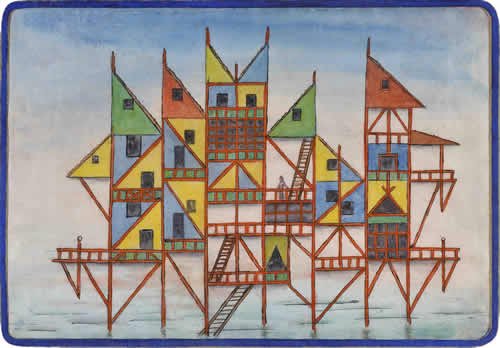 A biofilm is any group of microorganisms in which cells stick to each other and often these cells adhere to a surface. These adherent cells are frequently embedded within a self-produced matrix of extracellular polymeric substance (EPS). Biofilm extracellular polymeric substance, which is also referred to as slime (although not everything described as slime is a biofilm), is generally composed of extracellular DNA, proteins, and polysaccharides. Biofilms may form on living or non-living surfaces and can be prevalent in natural, industrial and hospital settings. The microbial cells growing in a biofilm are physiologically distinct from planktonic cells of the same organism, which, by contrast, are single-cells that may float or swim in a liquid medium.

Biofilms seem to protect these bacteria from adverse environmental factors. At the time of writing, research was still ongoing as to what makes the bacteria switch to a biofilm growth. [One of the main gene operons responsible for the initiation and maintaining the biofilm is the PSL operon].

Recently, scientists have been examining the possible genetic basis for P. aeruginosa resistance to antibiotics. The results suggest that there is, in fact, a genetic basis behind bacterial antibiotic resistance, rather than the biofilm alone acting as a diffusion barrier to the antibiotic. 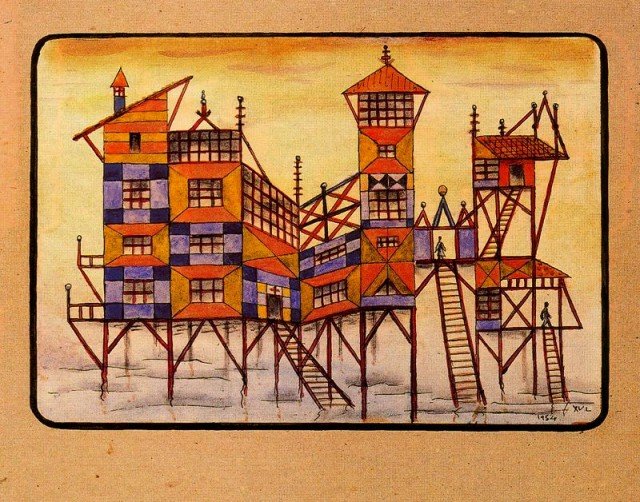 Pseudomonas aeruginosa  is yet another bacteria that is attacked by Bacteriophage.  A very very large number of virulent ("lytic") and temperate ("lysogenic") bacteriophage are known in P. aeruginosa. However, “there are different deviations in the behaviour of virulent (and temperate) phages from their expected canonical models of development”. In other words, phages do not always behave predictably and we have not yet explored all the types and their behaviours to actually know what they do.  For example:

Twenty two distinct bacteriophages were isolated from sewage water from five locations in the city of Abidjan, Côte d'Ivoire over a two-year period, using a collection of Pseudomonas aeruginosa strains with diverse genotypes. … The combined observations showed that 17 phages, distributed into seven genera, were virulent, and that five phages were related to temperate phages belonging to three genera. Some showed similarity with known phages only at the protein level. The vast majority of the genetic variations among virulent phages from the same genus resulted from seemingly non-random horizontal transfer events, inside a population of P. aeruginosa phages with limited diversity. This suggests the existence of a single environmental reservoir or ecotype in which continuous selection is taking place. In contrast, mostly point mutations were observed among phages potentially capable of lysogenisation. This is the first study of P. aeruginosa phage diversity in an African city and it shows that a large variety of phage species can be recovered in a limited geographical site at least when different bacterial strains are used. PMID:  26115051 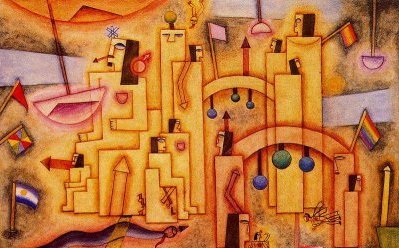 Phages have been proposed as a mechanism of attacking the bacteria in a process called Phage Therapy.

Pseudomonas aeruginosa is a frequent participant in wound infections, for example. Emergence of multiple antibiotic resistant strains has created significant problems in the treatment of infected wounds. Phage therapy (PT) has been proposed as a possible alternative approach. Infected wounds are a good way of testing PT applications, since the basic condition for PT is ensured; namely, the direct contact of bacteria and their viruses.

They have also been tested in the sputum of Cystic fibrosis patients:

We assessed the efficacy of a cocktail of ten bacteriophages infecting Pseudomonas aeruginosa following its addition to 58 sputum samples from cystic fibrosis (CF) patients collected at three different hospitals. Ten samples that did not contain P. aeruginosa were not analysed further. In the remaining 48 samples, the addition of bacteriophages led to a significant decrease in the levels of P. aeruginosa strains, as shown by comparison with controls, taking two variables (time and bacteriophages) into account (p = 0.024). In 45.8% of these samples, this decrease was accompanied by an increase in the number of bacteriophages. …An analysis of the clinical data revealed no correlation between patient age, sex, duration of P. aeruginosa colonization, antibiotic treatment, FEV1 (forced expiratory volume in the first second) and the efficacy of bacteriophages. The demonstration that bacteriophages infect their bacterial hosts in the sputum environment, regardless of the clinical characteristics of the patients, represents a major step towards the development of bacteriophage therapy to treat chronic lung infections. PMID:  24920209

At which point everyone jumps up and down and says ‘yes, yes, go ahead with the phage therapy’.

But there are some very very major problems in using phage therapy.  These bacteria serve an essential, truly essential ecological function in a much wider context than just our own illness.  If we start releasing phages willy nilly, we might cause an ecological imbalance of monumental proportions. 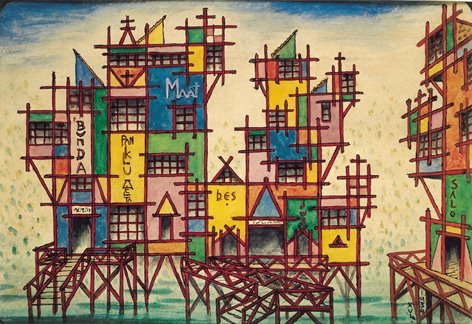 This bacteria, cruel though it may appear to those involved with its victims, may actually serve to protect thousands, if not millions more, by stopping any further spread of disease.

Cystic fibrosis is believed to be inherited.  It is caused by a gene mutation.  But numerous children are being born with this ailment who have parents with no mutated genes.   So something is mutating the genes of the baby in the womb – and that something is still there.  And it may be a virus, it may even be a phage.  So the poor person will not get better and the virus they harbour may spread.  To help the CF victim we need to look for the real cause of their illness.

Furthermore, we now come up against the problem we have for all bacteria attacked by phages – which is the more deadly – the phage or the bacteria?  We know very little about these phages and there is enough evidence to show that viruses are a deal more virulent and damaging in the long run than bacteria. 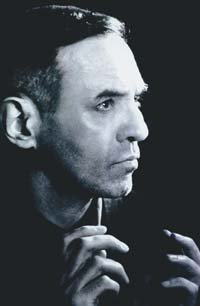 The pictures on this page are all by Oscar Agustín Alejandro Schulz Solari known as Xul Solar, - a painter , sculptor , writer and inventor of imaginary languages ​​born in Argentina.

[H]e gave himself an extraterrestrial identity by modifying his parents' surnames and becoming Xul Solar. The first name reflected  Light, or  Lux, spelled backwards; the last, his maternal surname without the 'i,' was the sun itself.

So another artist who knew about the Light.... And theSun and the Moon