Manganese is a chemical element and metal, designated by the symbol Mn. The human body contains about 12 mg of manganese, which is stored mainly in the bones. In the tissue, it is mostly concentrated in the liver and kidneys. In the human brain, the manganese is bound to manganese metalloproteins, most notably glutamine synthetase in astrocytes.
And both manganese deficiency and overload can cause spiritual experiences – principally hallucinations.

Basic manganese deficency may cause problems with bone formation and enzyme malfunction. I have found no spiritual experiences related to this form of deficiency. 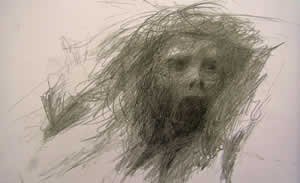 Practically all manganese imbalance causing spiritual experiences is caused by overdose and the name for this is called Manganism - a neurological disorder associated with excessive manganese ingestion or inhalation. The disorder was first described in 1837 by British academic John Couper, who studied two patients who were manganese grinders.

The disorder is essentially caused by brain damage, initially temporaray and later permanent. It can mimic Parkinson's disease or Alzheimers. It may be the cause of multiple sclerosis, restless leg syndrome, and Huntington's disease. A protein called DMT1 is the major transporter involved in manganese absorption from the intestine, and may be the major transporter of manganese across the blood–brain barrier. DMT1 also transports inhaled manganese across the nasal epithelium.

In its early stages, an intoxicated person may experience depression, mood swings, compulsive behaviors, and psychosis. Early neurological symptoms give way to late-stage manganism, which resembles Parkinson's disease. Symptoms include weakness, monotone and slowed speech, an expressionless face, tremor, forward-leaning gait, inability to walk backwards without falling, rigidity, and general problems with dexterity, gait and balance. Unlike Parkinson's disease, manganism is not associated with loss of smell and patients are typically unresponsive to treatment with L-DOPA.Symptoms of late-stage manganism become more severe over time even if the source of exposure is removed and brain manganese levels return to normal.

It is worth adding that severe manganese deficiency also has not dissimilar effects, brain damage, although the effects this time relate to epilepsy.

Dietary manganese deficiency, which may enhance susceptibility to epileptic functions, appears to affect manganese homeostasis in the brain, probably followed by alteration of neural activity. On the other hand, manganese also acts as a toxicant to the brain because this metal has prooxidant activity. Abnormal concentrations of manganese in the brain, especially in the basal ganglia, are associated with neurological disorders similar to Parkinson's disease. Understanding the movement and action of manganese in synapses may be important to clarify the function and toxicity of manganese in the brain. PMID: 12505649 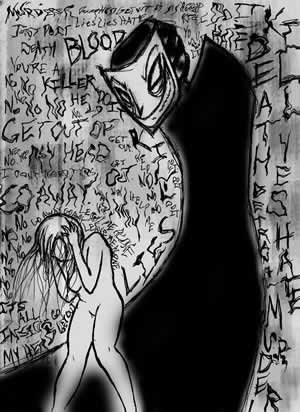 Metal working industry - Manganese is a metal with important industrial metal alloy uses, particularly in stainless steels. Manganese phosphating is used as a treatment for rust and corrosion prevention on steel. In 1816, it was noted that adding manganese to iron made it harder, without making it any more brittle. You will see from the observations that overdosing on manganese makes you ill and many of those who are ill work in the steel or metals industry. As Wikipedia says “In larger amounts, and apparently with far greater activity by inhalation, it can cause poisoning .. with neurological damage which is sometimes irreversible.”

Manganese compounds are less toxic than those of other widespread metals, such as nickel and copper. However, exposure to manganese dusts and fumes "should not exceed the ceiling value of 5 mg/m3 even for short periods because of its toxicity level......... Generally, exposure to ambient Mn air concentrations in excess of 5 μg Mn/m3 can lead to Mn-induced symptoms. Increased ferroportin protein expression in human embryonic kidney (HEK293) cells is associated with decreased intracellular Mn concentration and attenuated cytotoxicity, characterized by the reversal of Mn-reduced glutamate uptake and diminished lactate dehydrogenase leakage”.

Paints and pigments - Several oxides of manganese are abundant in nature, and owing to their colour, these oxides have been used  since the Stone Age. The cave paintings in Gargas contain manganese as pigments and these cave paintings are 30,000 to 24,000 years old. I also have a suspicion that many artists may have been suffering from manganese poisoning in addition to all the other forms of poisoning they suffered from artist's paint. Potassium permanganate, for example, is a deep purple colour. Some of the cave paintings in Lascaux, France, use manganese-based pigments. In some preparations, it is a brown pigment and is a constituent of natural umber.

The permanganate exhibits a higher toxicity than the manganese(II) compounds. The fatal dose is about 10 g, and several fatal intoxications have occurred. The strong oxidative effect leads to necrosis of the mucous membrane. For example, the esophagus is affected if the permanganate is swallowed. Only a limited amount is absorbed by the intestines, but this small amount shows severe effects on the kidneys and on the liver.

The earliest study into manganese poisoning in children was conducted in the Chinese province of Shanxi. Drinking water there had been contaminated through improper sewage irrigation and contained 240–350 µg Mn/L. Although WMn concentrations at or below 300 µg Mn/L are considered safe by the US EPA and 400 µg Mn/L are considered safe by the World Health Organization, the 92 children sampled (between 11 and 13 years of age) from this province displayed lower performance on tests of manual dexterity and rapidity, short-term memory, and visual identification when compared to children from an uncontaminated area. More recently, a study of 10-year-old children in Bangladesh showed a relationship between WMn concentration in well water and diminished IQ scores. A third study conducted in Quebec examined school children between the ages of 6 and 15 living in homes that received water from a well containing 610 µg Mn/L; controls lived in homes that received water from a 160 µg Mn/L well. Children in the experimental group showed increased hyperactive and 'oppositional behaviors' - aggression.

Manganese in gasoline - Methylcyclopentadienyl manganese tricarbonyl (MMT) is a gasoline additive used to replace lead compounds for unleaded gasolines, to improve the octane number in low octane number petrol distillates. It functions as an antiknock agent by the action of the carbonyl groups. Fuels containing manganese tend to form manganese carbides, which damage exhaust valves. The need to use lead or manganese compounds is merely historic, as the availability of reformation processes which create high-octane rating fuels increased. The use of such fuels directly or in mixture with non-reformed distillates is universal in developed countries (EU, Japan, etc.). In USA the imperative to provide the lowest possible price per volume on motor fuels (low fuel taxation rate) and lax legislation of fuel content (before 2000) caused refineries to use MMT. Many racing competitions specifically ban manganese compounds in racing fuel (cart, minibike). MMT contains 24.4–25.2% manganese. There is strong correlation between elevated atmospheric manganese concentrations and automobile traffic density.