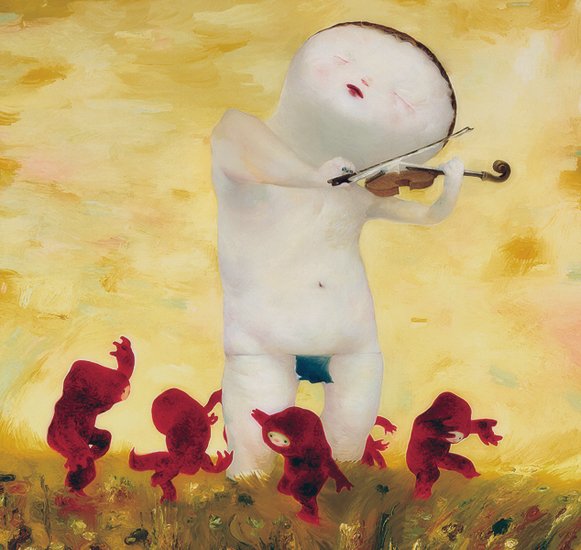 the paintings on this page are by Joe Sorren

A cough medicine also known as cough syrup or linctus when in syrup form, is a drug used in those with coughing and related conditions.

What happens when we get a pathogen – a virus, bacteria, toxin or a fungus in our lungs.  In effect it has managed to by-pass the first line of defence which is the secretions in our nose?

The immune system envelops it in mucous/sputum and then it gives orders that we cough.  The coughing reflex is there to ensure that pathogens are coughed up.  Ideally we should then spit it out into a bowl and empty the contents of the bowl down the toilet, as by swallowing it we then force the stomach and intestines to deal with it, although the acid in the stomach is a reasonable defence.

But coughing in today’s so called developed world is usually thought to be ‘inconvenient’.  Rather than miss going out to a show or the cinema, or being thought a ‘nuisance’ in school or at work, we take cough medicines.  And we give them to our children.

Pharmacology and Therapeutics of Cough -  edited by K. Fan Chung, John Widdicombe
Of the estimated 963.6 million visits made to physicians offices in the USA, cough is the most common symptom for which individuals seek medical attention and spend health care dollars.  In the USA, the cough/cold market represents several billion dollars worth of sales for over the counter products alone, not including the cost of prescription drugs………… In a survey of 7,251 households with at least one child aged 1-5 years, 85% of the physician visits were for asthma like symptoms including cough, with 35% of children making three of more visits during a 6 month period.  Over half of the children received cough treatment. 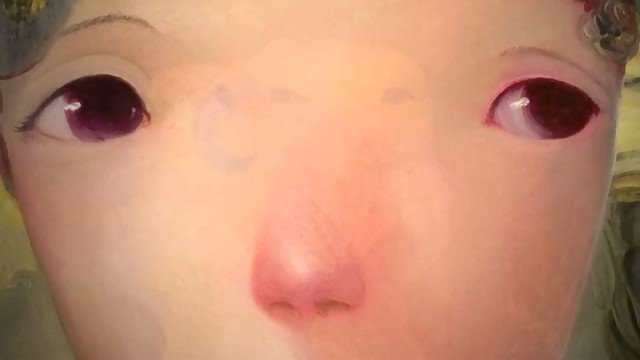 The main types of cough medicine sold over the counter in chemists, or prescribed by doctors, include the following substances: 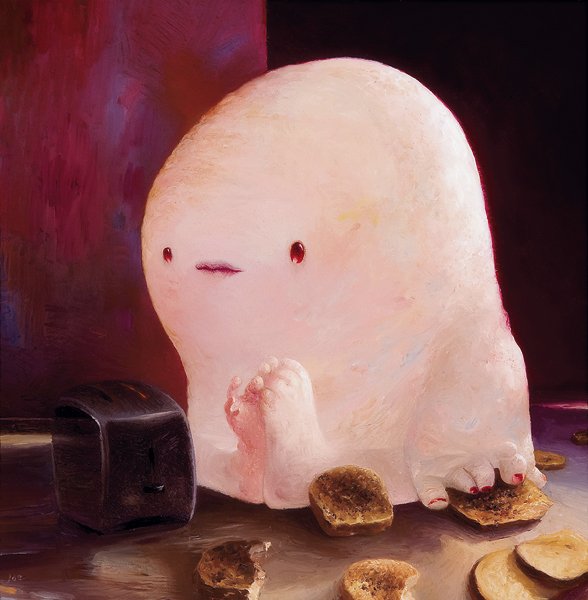 Antitussives, or cough suppressants are substances which suppress the coughing itself. Examples are codeine, dextromethorphan, and noscapine.  These products are based on opium – they are opioids.  In the first place, if you do not cough, the pathogen stays.  In the second place all opioids are potentially addictive. 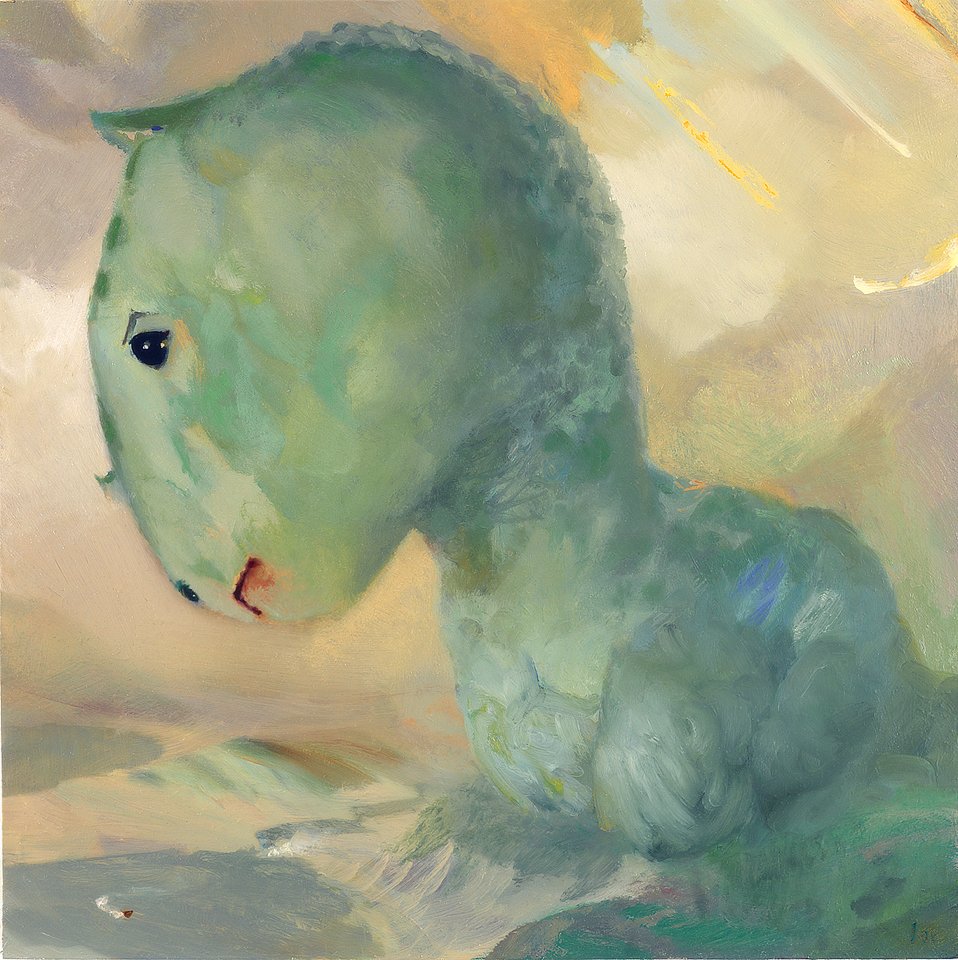 Antihistamines have a sedating effect, they also dry up all those inconvenient secretions from the nose and eyes.  But histamine is an absolutely key part of our immune response to pathogens.  Histamine opens the veins and arteries to ensure the immune defences can get to the site.  Furthermore it starts the process whereby the body attempts to wash away the pathogen.  This is why when we have a cough or cold, we get a runny nose and watery eyes.  And why we need to drink a lot of fluids – especially water.  And why anti-histamines are not a good idea. One example anti-histamine used in a number of over the counter cough medicines is diphenhydramine.

OBJECTIVE: To provide an overview of drug use in outpatient children in France, a population-based study using a national reimbursement claims database representative of 90% of the French population………
RESULTS:   In 2011, 133 800 children were included in the study. The overall prevalence of drug use was 84% and the median number of different drugs per child was 5. Drug use was greatest in children aged <2 years. The most widely used drugs were paracetamol, systemic anti-infectives, nasal corticosteroids and decongestants, and anti-histamines. 21% children <2 years received domperidone.
CONCLUSIONS:   There is widespread use of medicines that are unlikely to be effective and may have significant toxicity in French children. Irrational use of medicines appears to be greatest in children aged 5 years and under.  PMID:  25977563 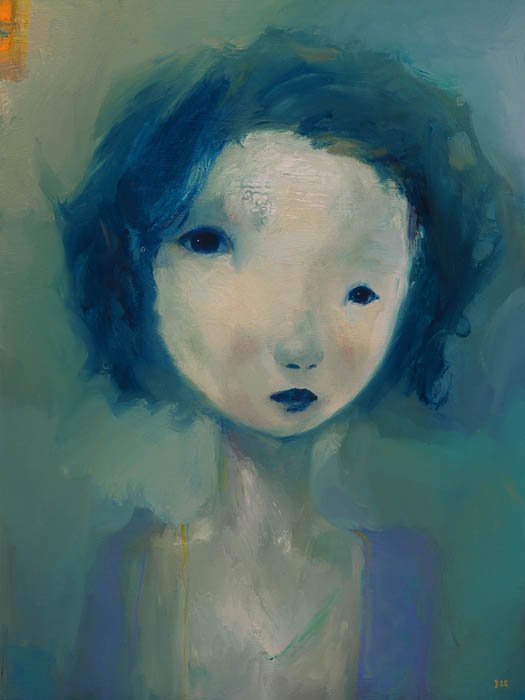 Decongestants are claimed to ‘relieve nasal congestion’. One example substance found in cough medicines is ephedrine.  Ephedrine is an amphetamine and thus a stimulant.  It can cause hypertension and heart failure.  It is also similar in structure to methamphetamine.

A 36-year-old man presented to the emergency department acutely unwell after being found collapsed while running a half marathon. He presented with a reduced Glasgow coma score, was tachycardic, agitated, hypoxic and profusely sweating. He had taken a 'supplement' given to him prior to the race by a friend, as he was concerned about not finishing. This contained both caffeine and a large dose of ephedrine (60 mg in total). After initial resuscitation he was intubated, and was transferred to critical care. He subsequently developed rhabdomyolysis, requiring haemofiltration.  PMID:  22669965

Rhabdomyolysis  is a condition in which damaged skeletal muscle tissue breaks down rapidly and is released into the bloodstream; it may lead to kidney failure. 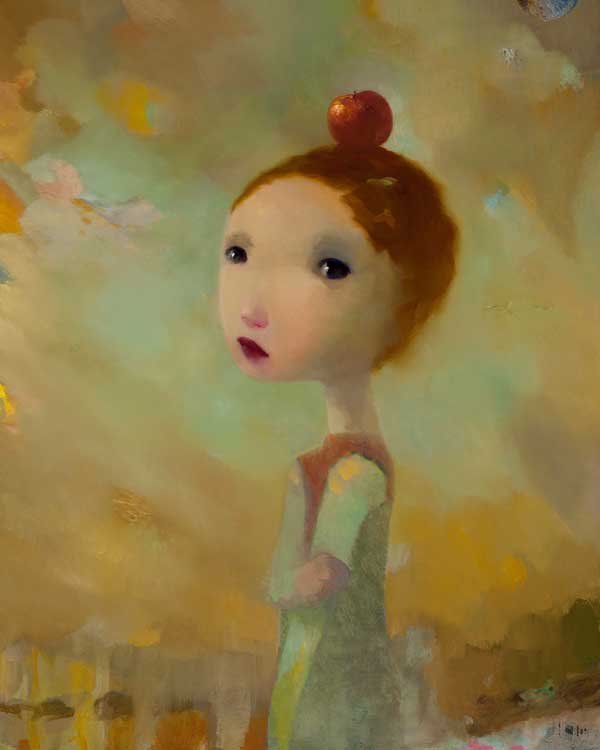 Antipyretics are substances that reduce fever. One example is paracetamol, but in general Pain killer and NSAIDs may be used.  Sedatives simply aim to sedate you, send you to sleep!

In 2010, the American College of Medical Toxicology (ACMT) established its Case Registry, the Toxicology Investigators Consortium (ToxIC). All cases are entered prospectively and include only suspected and confirmed toxic exposures cared for at the bedside by board-certified or board-eligible medical toxicologists at its participating sites. The primary aims of establishing this Registry include the development of a realtime toxico-surveillance system in order to identify and describe current or evolving trends in poisoning and to develop a research tool in toxicology. ToxIC allows for extraction of data from medical records from multiple sites across a national and international network.

All cases seen by medical toxicologists at participating institutions were entered into the database. Information characterizing patients entered in 2012 was tabulated and data from the previous years including 2010 and 2011 were included so that cumulative numbers and trends could be described as well. The current report includes data through December 31st, 2012. During 2012, 38 sites with 68 specific institutions contributed a total of 7,269 cases to the Registry. The total number of cases entered into the Registry at the end of 2012 was 17,681.

There were 57 deaths reported in the Registry in 2012. The most common associated agent alone or in combination was the non-opioid analgesic acetaminophen, [paracetamol] being reported in 10 different cases.

There were significant trends identified during 2012. Abuse of over-the-counter medications such as dextromethorphan remains prevalent. Cases involving dextromethorphan continued to be reported at frequencies higher than other commonly abused drugs including many stimulants, phencyclidine, synthetic cannabinoids and designer amphetamines such as bath salts. PMID:  24178902

Also employed are various substances supposed to soften the coughing, like sugar syrup. 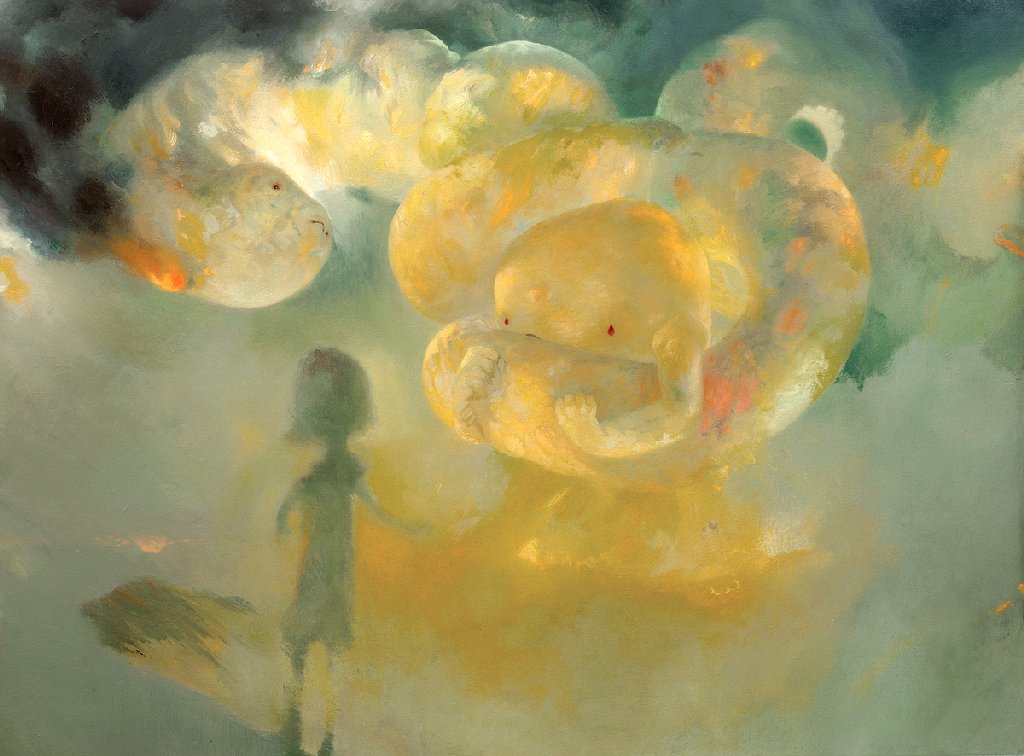 Cough medicines do not cure coughs, they suppress the symptoms of the cough, meaning that the pathogen is more likely to get a real hold and do far more damage.  Furthermore it also appears to be accepted that the ingredients have the potential to do great harm.  Apart from the dangers of suppressing the immune system and causing respiratory or cardiac arrest, they can start children on to the road of addiction – and have done.  See methadone.

These fairly obvious statements seem to be well accepted in the research and medical community.  For example 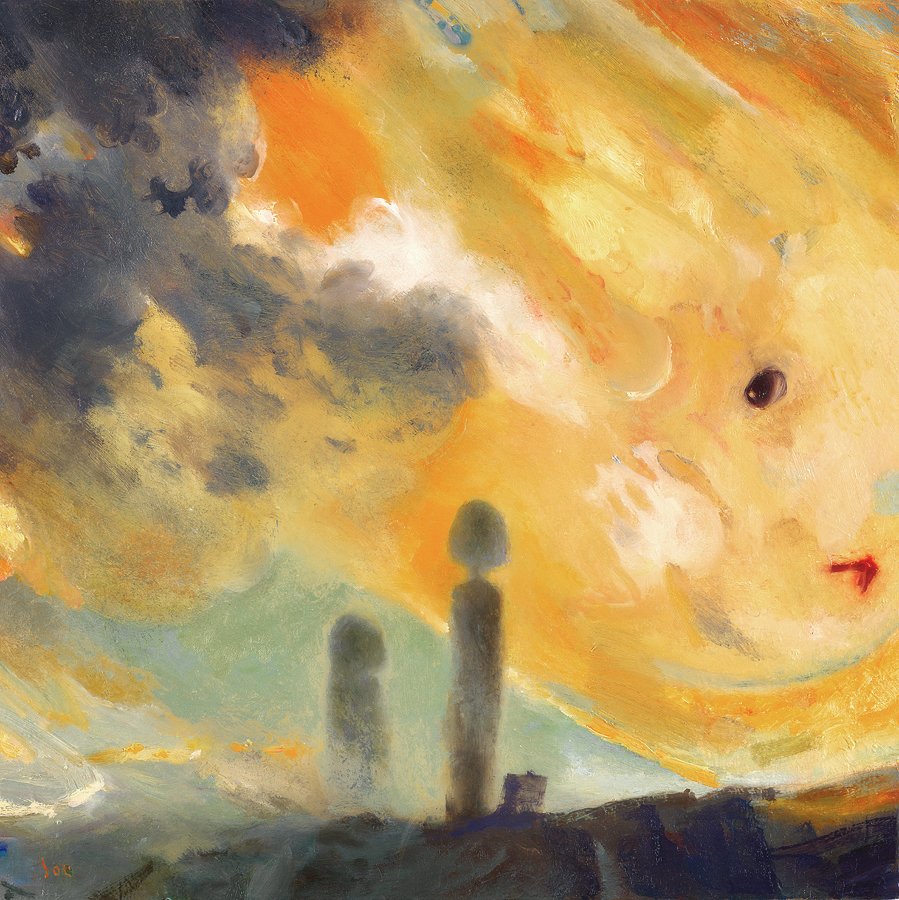 Acute cough due to upper respiratory tract infection (URTI) is a common symptom. Non-prescription, over-the-counter (OTC) medicines are frequently recommended as a first-line treatment, but there is little evidence as to whether these drugs are effective…..
We included 29 trials (19 in adults, 10 in children) involving 4835 people (3799 adults and 1036 children). All studies were placebo-controlled RCTs. However, assessment of the risk of bias of the included studies was limited by poor reporting, particularly for the earlier studies….. antitussives (data from three studies), antihistamines (data from three studies), antihistamine-decongestants (two studies) and antitussive/bronchodilator combinations (one study) were no more effective than placebo. ……. One new trial indicated that three types of honey were more effective than placebo over a three-day period.  Twenty-one studies reported adverse effects. There was a wide range across studies, with higher numbers of adverse effects in participants taking preparations containing antihistamines and dextromethorphan.  PMID:  25420096 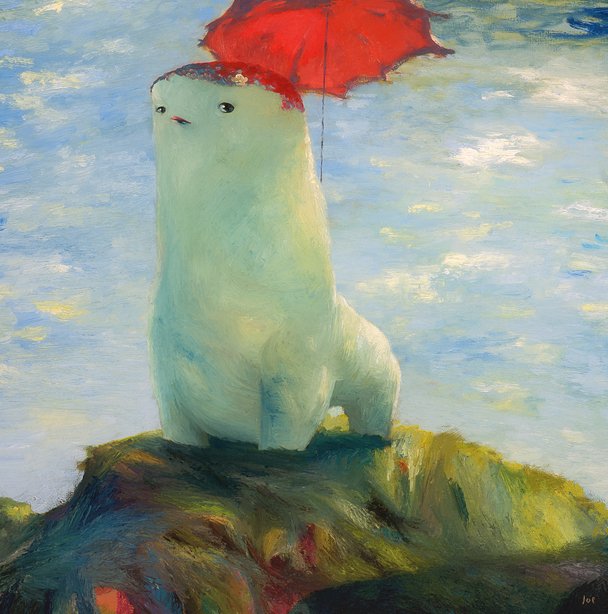 Over-the-counter cough and cold medications are not effective in treating children with the common cold and might cause serious side effects, including death. New recommendations restricting use in Canada to those older than 6 years of age are effective immediately, with relabeling of products starting in the fall of 2009.  PMID:  19910592

But, there they are in chemists, still for sale and still being bought.

Ultimately, the reason why people on cough medicine have hallucinations or die, is because they are being poisoned, but why does the population keep on buying this medication?

The following paper is quite complex as the researchers used combinations of drugs to search for receptor activity.  In the following we have extracted the main passages from their findings.

And here may lie some of the problem.

A medicine that does all this is highly destructive and detrimental to the world at large, but to the person themselves, all they know - whether they are two or sixty, -  is that they are ‘right’ and somehow unconsciously they know that it is these medicines that gave them that feeling. 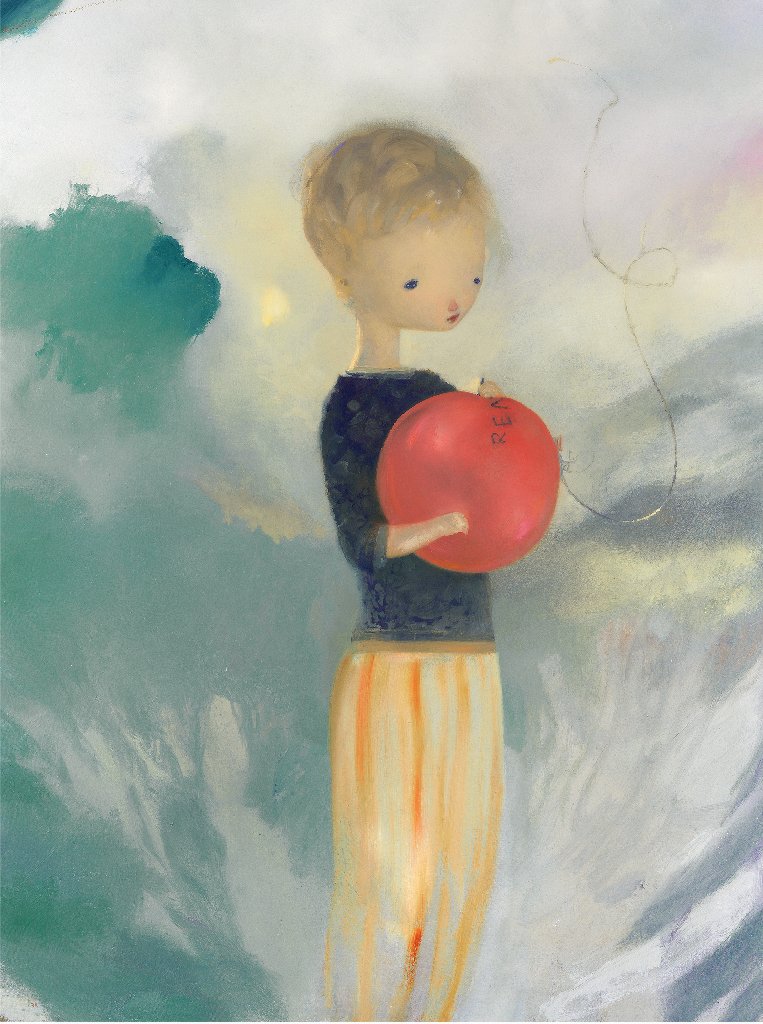 The majority of the observations - which are either of the hallucinatory kind or death - are to be found grouped with the ingredient - thus:

The observations below are of medicines that are a mixture of the above.