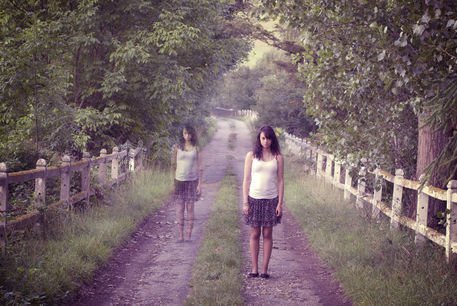 A doppelgänger - Doppel (double) Gänger (walker or goer) - is a double of a living person, which is seen either by the person themselves or by someone else, in which case the person appears to be in more than one place at the same time.

The word has been misapplied in common usage to simply mean someone who looks like another person – a lookalike - but this is not the correct usage.  The word 'doppelgänger' is very specifically a psychic phenomenon and is treated in medical circles along with hallucinations, out of body experiences and near death experiences. 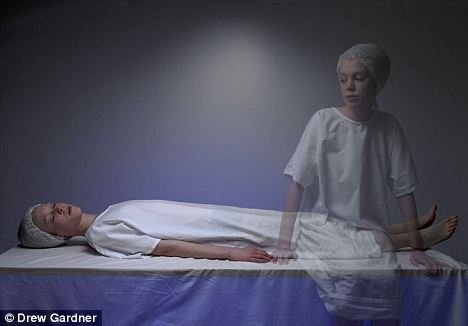 Clearly a person seeing their own image can be terrified, whereas others seeing an hallucination of a person who appears perfectly ‘real’ to them, is only disturbing if they find out the person was somewhere else whilst this was happening.

Dr Jean Lhermitte did a great deal of work in this area and documented a great number of case studies.  The medical term he used for seeing a visual hallucination of the self was ‘autoscopy’.

From remote times, philosophers have been struck by a most unusual phenomenon which until recently remained unexplained and almost unbelievable: the vision of one's double, the visual hallucination of the self. This experience is a sensation the patient has of seeing his body image as reflected in a mirror.

As you know, this strange phenomenon has been interpreted in many different ways and has also brought forth many literary works, particularly in Germany during the Romantic period of the eighteenth and nineteenth centuries. Thanks to the knowledge we have acquired about our body image and its distortions through diseases, deep research work on this phenomenon has become possible.

An explanation of the phenomena

OBEs or NDEs-  Where a person sees themself, the most common cause is an out of body experience or even a near-death experience.  In other words, the person may not have heard of either OBEs or NDEs and their conscious self may have separated from their body.

They may be viewing their physical body from their disembodied self.  As both OBEs and NDEs involve the transfer of consciousness from the will to the Higher spirit, the Higher spirit is thus 'seeing' the physical body it has left.  The person may not realise they [as Higher spirit] have no body, or the person may in fact appear to have a body - there are some OBEs and NDEs where the person simply feels themselves to be a ball of light for example, and yet others in which they still feel as though they have a body of sorts.

For a person unfamiliar with OBEs, the effect can be more profound if, in the out of body state, they do not fly or pass through doors, but find themselves on a level with their own body.  Once flying or soaring, gliding or similar actions occur, the person then realises that the only physical self is the one they can see, 'they' have become spirit. 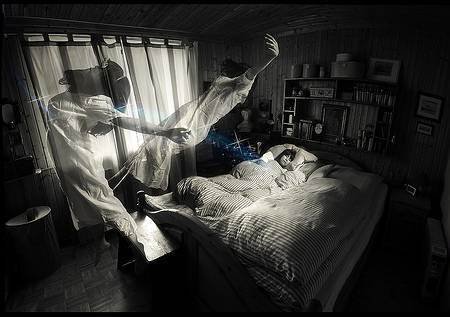 Hallucination - where a third party sees the double it can be classified as an hallucination - a super-imposition of a spiritual image over the image from the 5 senses.

But even here there are some interesting questions that can be raised.  Is the spiritual image an actual person, who is perhaps out of body or having an NDE at the time, or is the image simply a playback from their own perceptions ? 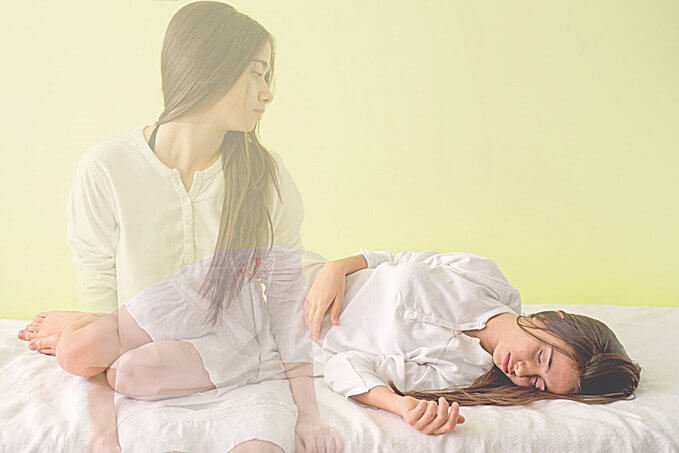 Generally speaking an image that interacts with them is a person who is out of body or having an NDE, whereas a simple cine-roll like image is a playback from perceptions.

In Norse mythology, a vardøger is a ghostly double who precedes a living person and is seen performing their actions in advance. In Breton mythology as well as in Cornish and Norman French folklore, the doppelgänger is a version of the Ankou, a ‘personification of death’.  This has taken on a strangely sinister meaning in some fictional books, whereas there is nothing sinister about this belief.  We become our Higher spirit when we die, thus this is simply a recognition that the double being seen is the Higher spirit of either someone having an OBE or NDE, or someone who has died.