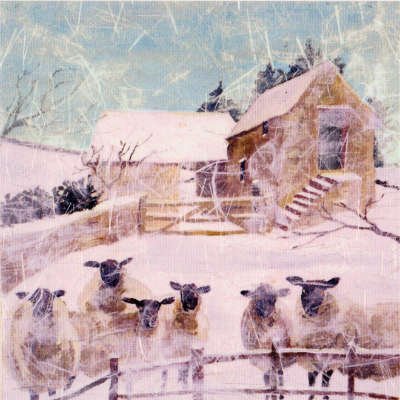 Note that a sheep symbolically is different from a lamb.

In Alice through the Looking Glass the Sheep character was symbolically representing ARIES, as Alice went round the signs of the Zodiac on her spiritual path to become a Queen.

Otherwise in more generic use, sheep are believers in a spiritual world.  The symbolism is not terribly complimentary in some respects, as it IN PART derives from the fact that a sheep tends to  follow other sheep without questioning where it is being led.  But if we ignore the negative connotations in this, the more positive side is that it represents someone who has faith  and thus practises Believing in the spiritual world.

G Schmeidler – Predicting good and bad scores in a clairvoyance experiment 1943
Psychologist Gertrude Schmeidler in 1943, proposed that one reason that confirmed sceptics do not report [spiritual] experiences is because they subconsciously avoid them.  People who do report such experiences Schmeidler called the ‘sheep’ and the sceptics she called the ‘goats’.  She performed a series of experiments testing to [spiritual]  experiences after having first asked people about their beliefs and found the believers [the sheep] did indeed perform better than the goats.
These results have been backed up by further research from, for example, Tony Lawrence at the University of Edinburgh –[ Lawrence T – Bringing in the Sheep in Proceedings Papers – 36th Annual Parapsychology Assoc. Convention ]