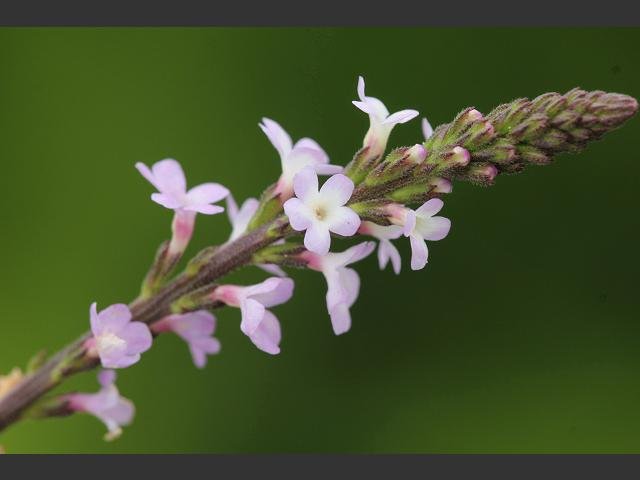 Verbena officinalis, the common vervain or common verbena, is a perennial herb native to Europe. It grows up to a metre/yard high, with an upright habit. The lobed leaves are toothed, the delicate spikes hold mauve flowers.

Verbena is occasionally grown as an ornamental plant, but is grown more often for the powerful properties some herbalists ascribe to it. Common vervain was scientifically described by Carl Linnaeus in his 1753 Species Plantarum and  the scientific name references the Ancient Roman term verbena, used for any sacrificial herb considered very powerful (as described e.g. by Pliny the Elder). Officinalis, meanwhile, is Latin for "used in medicine or herbalism". 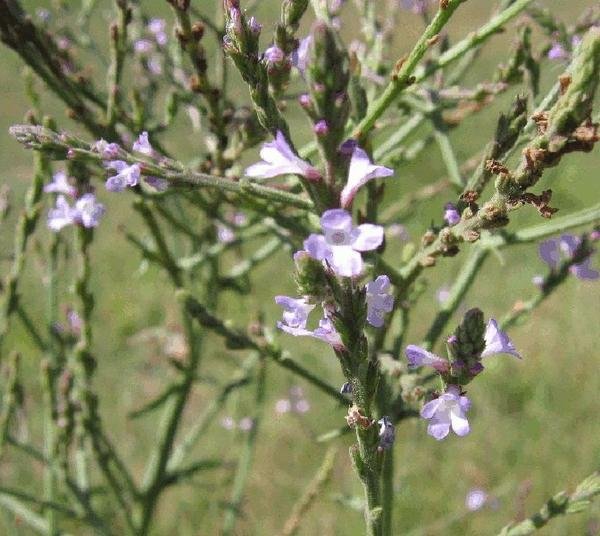 Verbena prefers limey soils. Propagation is by root cuttings or seed. It is widely naturalised outside its native range, for example in North America.

Verbena is also known as simpler's joy or holy herb, or more ambiguously as "mosquito plant" or "wild hyssop". The common name "blue vervain" is also sometimes used, but also refers to V. hastata. And of course, being the only member of its genus in much of its range, it is also simply known as "the vervain" locally.  The common names of V. officinalis in many Central and Eastern Europes languages often associate it with iron, for example:

This naming may relate to its reputation for removing kidney stones. 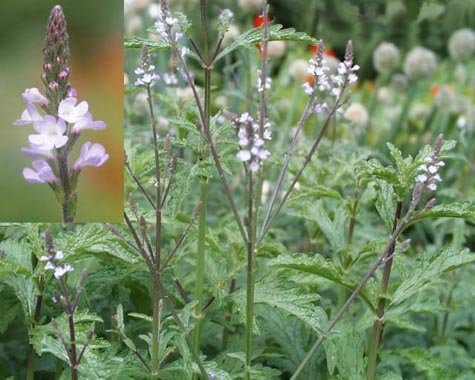 Common vervain has ‘been held in high esteem’ since Classical Antiquity; it has long been associated with divine and other supernatural forces, and it has an equally long-standing use as a medicinal plant.  It is used in traditional Austrian medicine internally (as a tea or liqueur) for the treatment of infections and fever.  Nicholas Culpeper's 1652 The English Physitian discusses its use and "Vervain", is one of the original 38 Bach flower remedies.  It was called "tears of Isis" in Ancient Egypt, and later on "Juno's tears". In Ancient Greece, it was dedicated to Eos Erigineia.