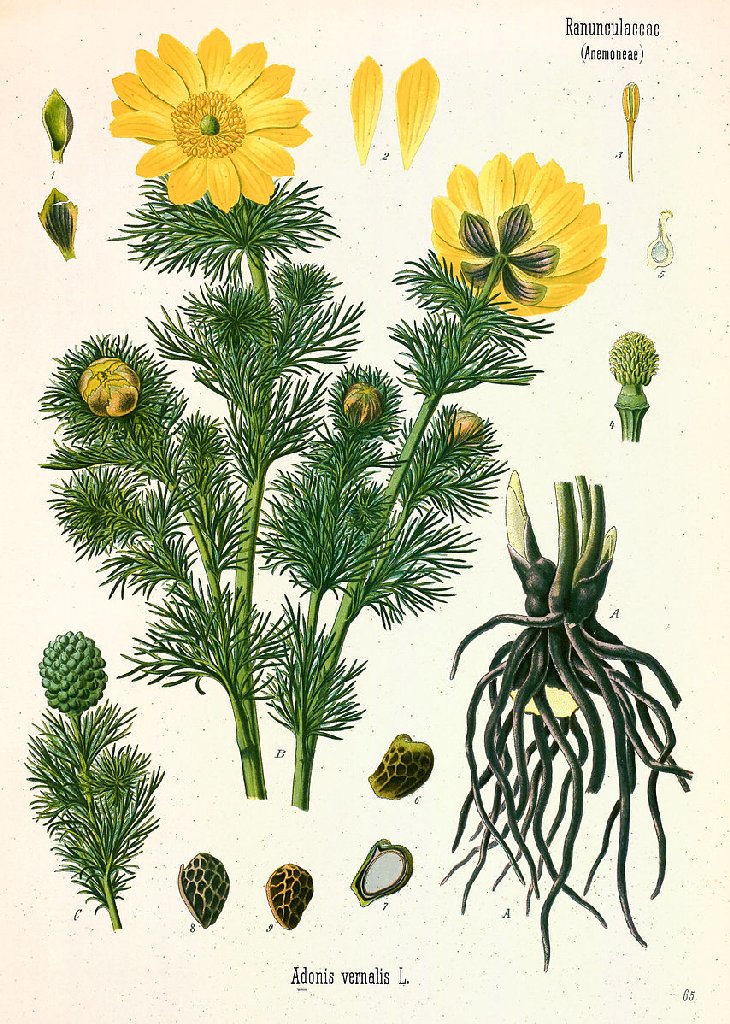 Isolated populations are found from Spain in the west across Central Europe with fine examples in Valais, Switzerland, and southern Europe, reaching southern Sweden in the north, with its main area of distribution being the Pannonian Basin and the West Siberian Plain.

In contrast to most other European Adonis species, the flowers appear in springtime, and are up to 80 mm in diameter, with up to 20 bright yellow petals.

The plant is classified by Wikipedia as ‘poisonous’ [with justification].  It is an abortifacient [an abortifacient is defined as"that which will cause a miscarriage" from Latin: abortus "miscarriage" and faciens "making], and according to Dr Duke's analysis contains chemicals which are 'allergenic'.

But we now need to step back from this more general analysis and look at the list of observations below.  As a medicine this plant is capable of tackling some very serious sexually transmitted diseases.  As such although it may, as a whole, be classified as poisonous, its constituent parts need to be studied with some seriousness.

One key chemical through which much of this activity appears to stem is Berberine.  Berberine is found in a number of plants, we have an entry for it on the site, but this plant provides an alternative key source.

Dr Duke's full analysis is provided as an observation.