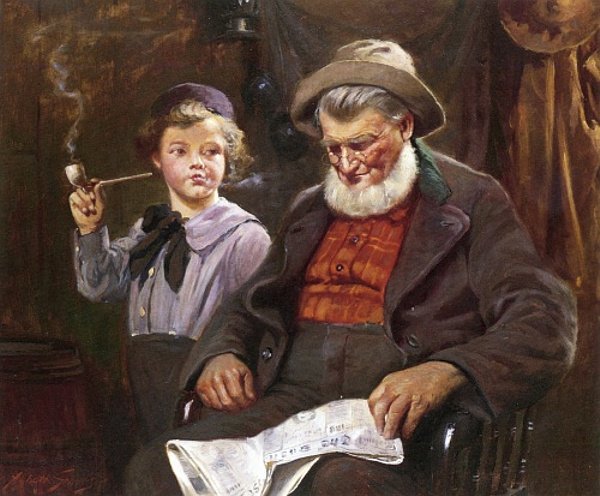 'they say it helps with my ADHD and OCD, grandpa and should help your dementia" .....

Nicotine is the natural ligand that acts agonistically at the nicotinic acetylcholine receptor. (nAChR). Nicotine, as we all know, occurs in tobacco, but it also exists in a great number of plants.

It has great therapeutical potential.

Nicotine has a higher affinity for acetylcholine receptors in the brain than those in skeletal muscle. The alpha4beta2 receptors account for about 90% of the nAChRs in the human brain. When heavily exposed to nicotine or other nicotine agonists there is an increase in density of alpha4beta2 receptors which is the opposite of what usually happens when receptors are chronically exposed to their agonists. Increase can of itself be highly dangerous in those with an adequate supply and can simply lead to cell proliferation – cancer – but for those who are suffering brain damage, this feature could be a lifeline.

Patients with Alzheimer’s disease suffer a dramatic reduction in hippocampal and cortical nicotine-receptor density. Significant nicotinic-receptor loss also occurs in Parkinson’s disease , and postmortem studies in schizophrenics show a decrease in the number of alpha7 nicotinic receptors in the brain . Nicotine is an agonist of the alpha7 nicotinic receptor. There is thus a possibility that nicotine regularly administered to those with Alzheimer’s disease, Parkinson’s disease and Schizophrenia may help. Not a cure, a palliative.  There may also be a case for helping manic depressives during their depressive phases.

For the nonselective nAChR agonist nicotine, analgesic, anxiolytic and cytoprotective properties are seen, as well as beneficial effects in Alzheimer's disease, Parkinson's disease, Tourette's syndrome and certain forms of epilepsy and schizophrenia. However, the therapeutic use of nicotine is hindered by its adverse effects on the cardiovascular and gastrointestinal systems as well as its addictive potential. ……. 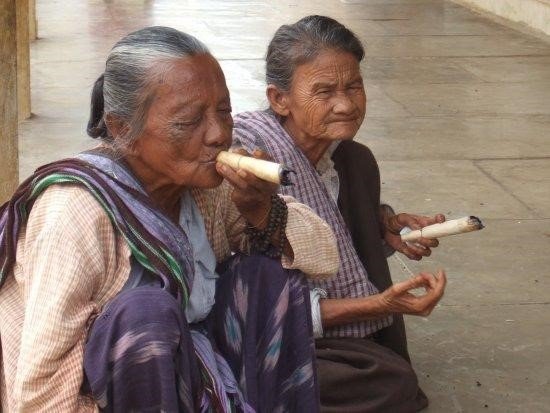 One of the sources of nicotine without the smoke in the pharmaceutical industry is ‘Smoking addiction treatments’. These are described in the overload section because the observations show that people are overdosing on them. All the observations I have for these products describe overdose effects. At ‘high doses’ nicotine becomes toxic and is potentially deadly.

But at much much lower doses, nicotine acts like acetylcholine and is thus a relaxant. The dose must be absolutely right for this to occur. So not only has it the potential to heal, it also has the potential to be used as an adjunct to the techniques used in relaxation to provide the benign spiritual experiences such as inspiration and wisdom.

But we also get the effects on the central nervous system from the dopamine giving us pain relief, bliss, and relief from anxiety.  In effect, there is a sort of cascade of activity, medicinally that of pain relief is proving to be of great interest.

There is some confusing evidence related to the plants in which Nicotine is to be found.

Dr Duke lists two – the Horsetail and Nicotania tabacum.  This does not mean these two are the only plants, simply the only ones Dr Duke has done a full analysis on.

Looking at other research, it appears that Nicotine is found in quite a large number of plants, the most well known family being the  nightshade family (Solanaceae).  It is found principally in the Nicotania group.

Nicotiana is a genus of herbs and shrubs indigenous to North and South America,  Australia, south west Africa and the South Pacific. Nicotiana species are, of course,  commonly referred to as tobacco plants.  Of all Nicotiana species, Cultivated Tobacco (N. tabacum) is the most widely planted and is grown worldwide for production of tobacco leaf for cigarettes.

Lepidoptera use Nicotania.  The caterpillars feed on Nicotiana using the chemicals to act as a protection against predators. 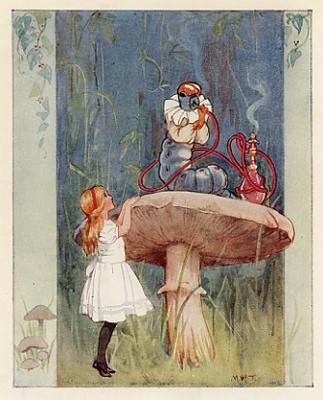 But Nicotine is also found in several other members of the Solanaceae family, with small amounts being present in species such as the Eggplant and Tomato plant.  So it is not an alkaloid found only in Nicotiana.

Nicotine is also found in other families of plants - Duboisia Hopwoodii  for example – for which I have provided a separate section because it is rather special.  According to Rasch it is also found in

so there may be a number of options available. 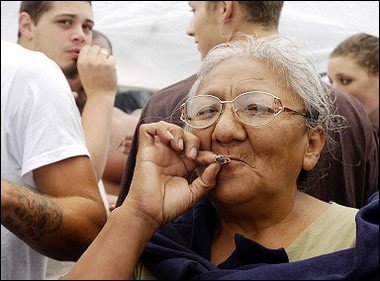 There have been real difficulties in analysing the effects of Nicotine.  It appears to be a stimulant and a relaxant, neurotoxic and not neurotoxic.  There are two reasons for this:

The smokescreen of the cigarette

Nicotine when it is in a cigarette [or pipe or cigar] triggers the release of a number of other neurotransmitters. Scientists who have studied this have noticed that the smoke immediately stimulates the release of many other chemical messengers including norepinephrine, epinephrine, vasopressin, arginine, dopamine, autocrine agents, and beta-endorphins.

This release of other neurotransmitters and hormones is responsible for many of tobacco’s other effects. 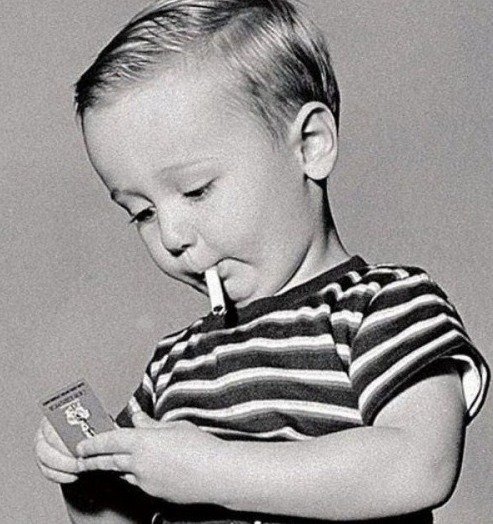 But this may be a function of the smoke and not the nicotine. Cigarrettes and cigars consist of paper and dried tobacco and their method of ingestion is inhalation via smoke. One would thus expect there to be a trigger of a whole load of neurotransmitters to deal with what is in essence a threat.

In effect, smoking a cigarette increases the flight or fight response because the body detects a threat. Smoke is a threat. Thus smoking acts like smoke inhalation, it triggers the sympathetic nervous system.

Smoking a cigarette is thus not dissimilar to taking an amphetamine -  the adrenaline starts to flow, the heart rate increases and people think they can think better [in actuality it is not better it is just faster]. Respiration increases because that is what happens during flight or fight. There may even be some release of endorphins to counteract the anticipated pain of the irritants in the lungs. Smoke also causes a release of glucose from the liver, theoretically helping energy levels and supposedly combating fatigue, but of course again this is a typical fight or flight response to smoke. So the smoke is a stimulant in a sense, whereas nicotine is not.

The flight or fight response also works to tell us not to eat as by having a full stomach we cannot ‘fight or flight’ so easily! Thus there is the mistaken belief that Nicotine reduces the appetite and raises the metabolism, acting like an anorectic. But anyone living on adrenaline – living on their nerves as we used to say - will get the same response. Smoke is a threat, smoke produces adrenaline and adrenaline is a fight or flight neurotransmitter. Nervous people are skinny people, relaxed people tend to be chubby 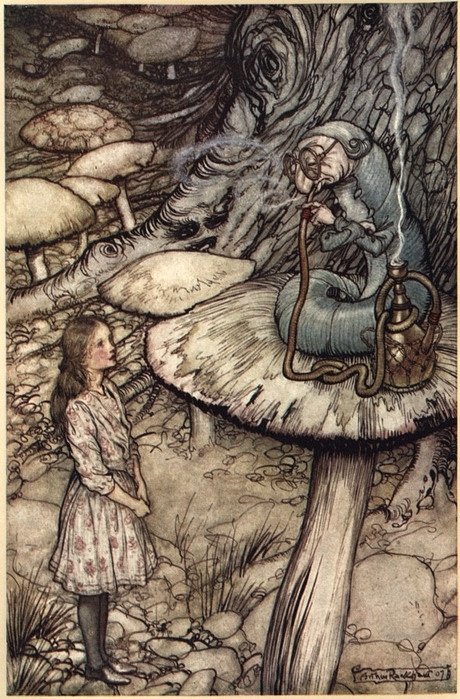 ‘Free base’ nicotine will burn at a temperature below its boiling point, and its vapors will combust at 308 K (35 °C; 95 °F) in air. Because of this, most of the nicotine is burned when a cigarette is smoked. You actually get, via smoking, a ‘very low dose’.

And a very low dose is all the body can take, because indeed at anything like a moderate dose, nicotine is neurotoxic - deadly.

But we don't actually get much nicotine from smoking, thus the amphetamine and stimulant effects  outweigh the relaxant effects bt a big margin.

So let us now look at Nicotine itself and see what it really does.  It is a relaxant and acts on the acetylcholine receptors.  We don't need much of it, tiny tiny doses are all we need, but assuming we do not overdose from them we should expect the following

A pain killer and a sedative all in one.  A much more interesting list of activities.

What does the smoke do?

To complete the picture we now need to see what the smoke does and all the toxins and tar from smoke.  The smoke from cigarrettes and the consequent fight or flight response has long term effects, effects with which we are all by now very familiar

So smoking nicotine is not a good idea, as the smoke acts like a stimulant, and gets in the way of the nicotine.  But taking nicotine or letting it slowly seep very gently into your system on a very irregular basis is another kettle of fish.

The need for tiny tiny doses 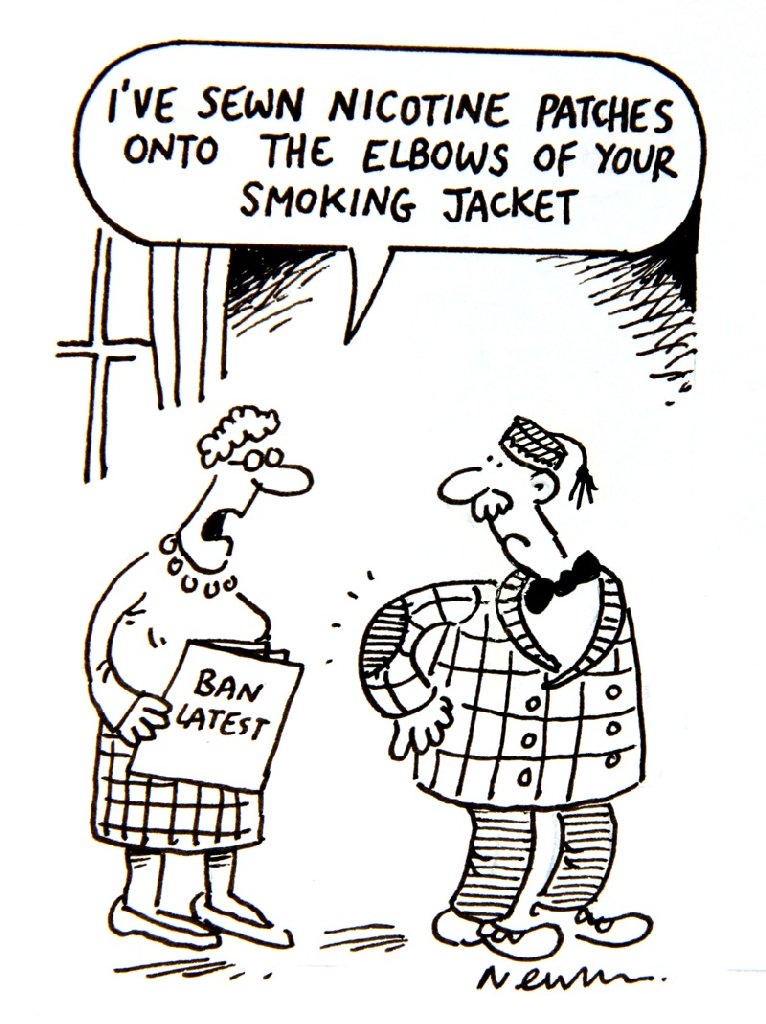 It is all too easy to overdose on Nicotine – the amount consumed must be tiny, tiny tiny. It is no accident that eastern peoples used 'hubble bubbles' when they smoked tobacco, it eliminates the smoke and reduces the amount of nicotine consumed.

At ‘high doses’ nicotine becomes toxic and is potentially deadly. You will know you have overdosed because you will suffer from ‘gastrointestinal distress’ – vomiting, nausea, diarrhoea, abdominal pain; and acute salivation. You may get headaches, lightheadedness, weakness, confusion, ataxia [gross lack of coordination of muscle movements], diaphoresis [excessive sweating].

If you have been really silly you may get hypertension and tachycardia, followed by hypotension and bradycardia. Then you will get “decreased deep tendon reflexes, fasciculations [small, local, involuntary muscle contractions and relaxations visible under the skin arising from the spontaneous discharge of a bundle of skeletal muscle fibres], paralysis, cardiovascular collapse and then death”.

High doses can result in death from cardiac arrest “within 5 minutes of ingestion”.

From 40 to 60 mg represents a lethal dose for adult humans. Nicotine therefore has a high toxicity in comparison to many other alkaloids.

Spilling an extremely high concentration of nicotine onto the skin can result in intoxication or even death since nicotine readily passes into the bloodstream from dermal contact.

But here we do have a potentially safe route of nicotine administration as the dose can be regulated in skin patches more easily than via inhalation.