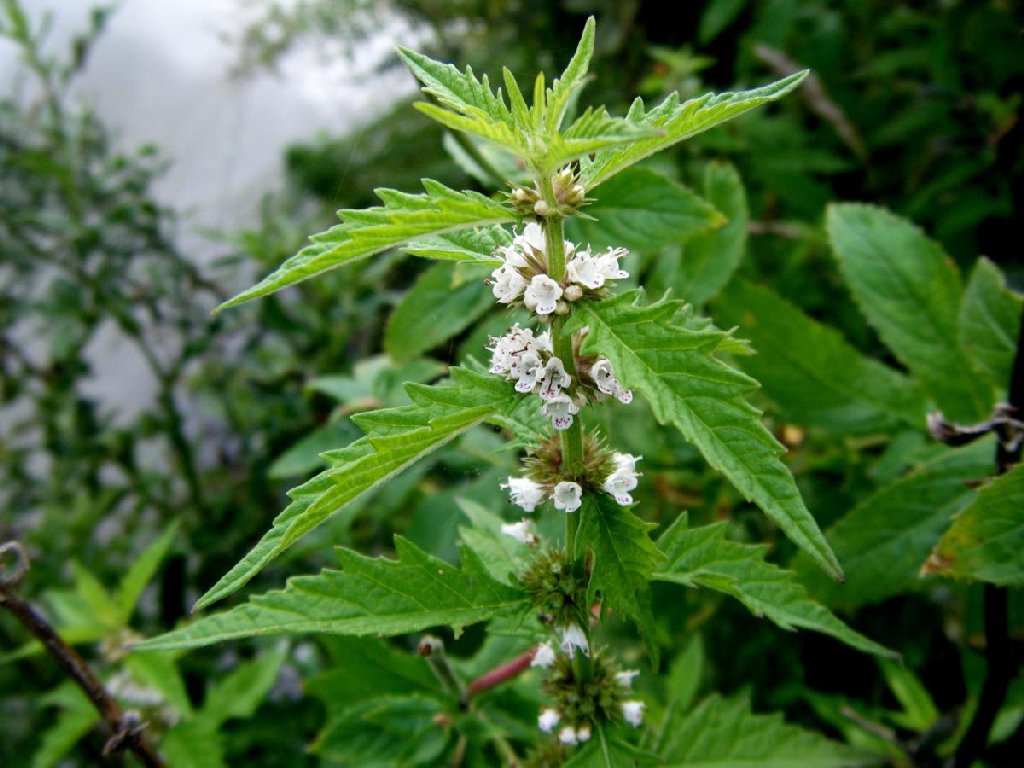 Lycopus europaeus, common names gypsywort, gipsywort, European bugleweed or European bugle,  and water horehound, is a perennial plant in the Lycopus genus, native to Europe and Asia, and naturalized elsewhere.

Wikipedia
The name gypsywort comes from the belief that Romani people would stain their skin with the juice of the plant, although Howard (1987) states that they used it to dye their linen.

Gipsywort is a rather straggly perennial plant with slender underground runners and grows to a height of about 20 to 80 cm (8 to 31 in). It is in flower from June to September, and produces seeds from August to October. 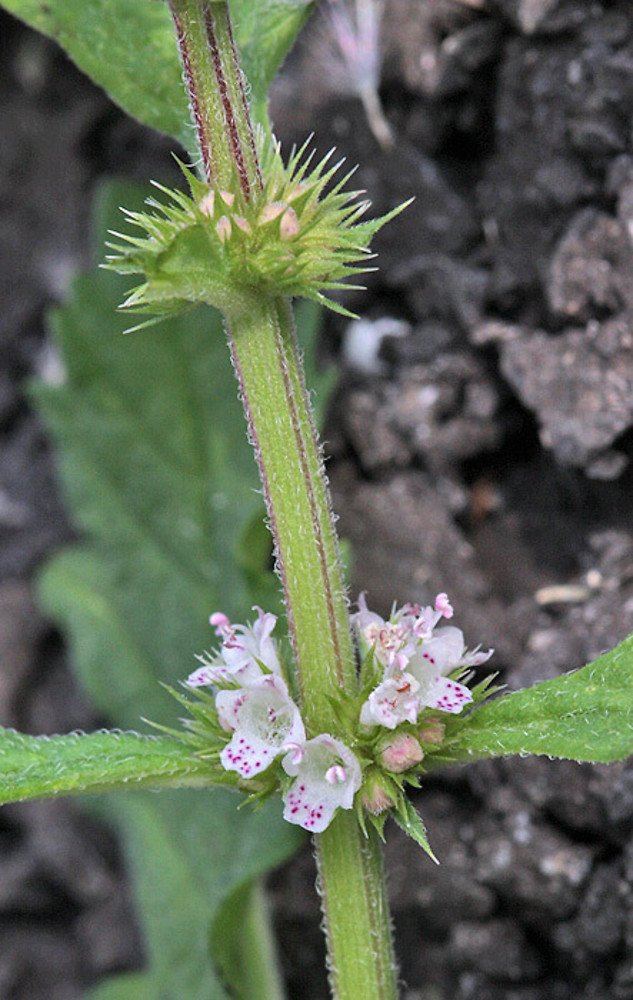 The stalkless or short-stalked leaves are in opposite pairs. The leaf blades are hairy, narrowly lanceolate-ovate, sometimes pinnately-lobed, and with large teeth on the margin.

The inflorescence forms a terminal spike and is composed of dense whorls of white or pale pink flowers.

The calyx has five lobes and the corolla forms a two-lipped flower about 4 mm (0.16 in) long with a fused tube. The upper lip of each flower is slightly convex with a notched tip and the lower lip is three-lobed, the central lobe being the largest and bearing a red "nectar mark" to attract pollinating insects.

There are two stamens, the gynoecium has two fused carpels and the fruit is a four-chambered schizocarp. The flowers are visited by many types of insects.

Gypsywort grows primarily in wetland areas. It grows along the borders of lakes, ponds and streams and in marshes. Its carpels float which may aid dispersal of the plant and its rhizomeous roots also allow the plant to spread. 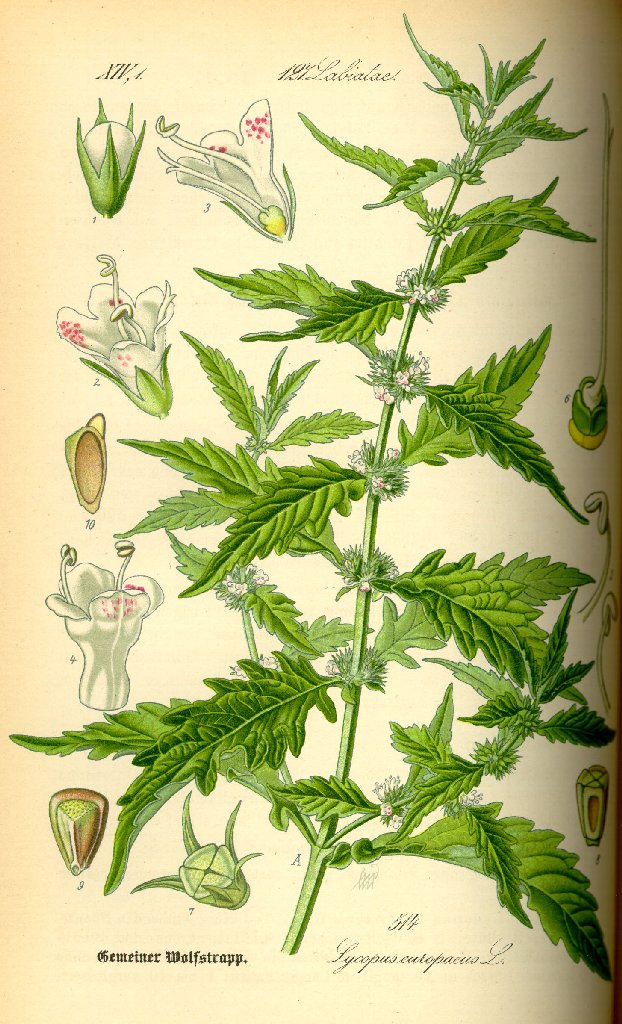 There are numerous references to this plant on the Internet, a sample of the descriptions is shown below, please note that this site is not advocating these uses, merely indicating the sorts of claims made:

Natural medicinal herbs
The fresh or dried flowering herb is astringent and sedative. It inhibits iodine conversion in the thyroid gland and is used in the treatment of hyperthyroidism and related disorders. The whole plant is used as an astringent, hypoglycaemic, mild narcotic and mild sedative. It also slows and strengthens heart contractions. The plant has been shown to be of value in the treatment of hyperthyroidism, it is also used in the treatment of coughs, bleeding from the lungs and consumption, excessive menstruation etc. The leaves are applied as a poultice to cleanse foul wounds. This remedy should not be prescribed for pregnant women or patients with hypothyroidism. The plant is harvested as flowering begins and can be use fresh or dried, in an infusion or as a tincture.

Dr Duke’s analysis is shown in the observations and all other research papers are also shown as observations.