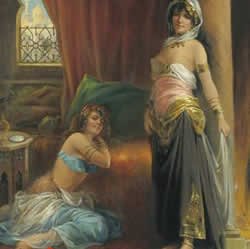 In general, steam inhalation is used in shamanic societies as a deliberate technique and is thus not classified as an 'event' but an 'action'.  Unlike smoke inhalation,  which has been used both deliberately and has occurred involuntarily [the latter being more prevalent] steam inhalation under accidental circumstances is rare.

Inhalation of steam is a form of semi-drowning [if one can have semi drowning!].  When used by practised shamans the dangers of burning the lungs is minimised by creating a steamy atmosphere, not by plunging one's head over a boiling kettle, for example!

In general whichever route you choose, you must drink plenty of water before and after the session, and don’t take a lot of salt with your food [dangers of dehydration].  You are also advised to do one of two things

and don’t have anything to eat for several hours before doing this.  Don’t attempt this if you are pregnant, have a heart condition or are generally unwell.

Native American Indians as well as Indigenous Scandinavian peoples knew the effects of  this  technique and it has been in use for millennia. 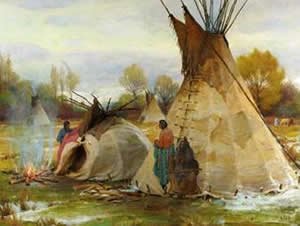 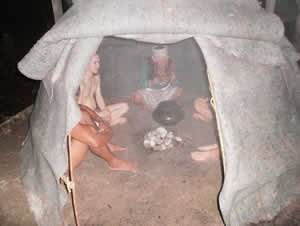 Or you can use a basin of hot water and hang your head over it - but it isn't quite the same somehow. 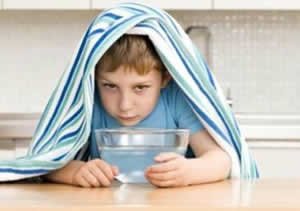 Physically this works via Hypoxia.  Hypoxia is the posh name for oxygen deprivation, and in this case depriving the brain of oxygen, for just long enough to give us a spiritual experience.  It is finely judged – a very delicate balancing act because if we go too far or go too long, we suffer brain damage or die.

Hypoxia in which there is complete deprivation of oxygen supply is referred to as anoxia, this generally kills you, so this is a rather dangerous way to get your spiritual experience – you will need a helper if you go this route, or someone who really knows what they are doing and who you can trust.

What is taking place is an input of messages from the sensory systems – all of them – that says HELP HELP HELP – we are being deprived of oxygen – all of us,  DO SOMETHING.   The call is not as frantic [or shouldn't be] as the call we get during asphyxiation or drowning, but a call it is.

But the Will, is determined to do nothing.  The Will is determined to stay in the steam, but it does provide help to the cells by diverting some of the oxygen in their direction and away from the less vital functions  - the less vital functions in this case, because it has no need of them, being Memory and Reasoning.  Thus the sort of mild hypoxia being experienced here serves to suppress  Reasoning and Memory .

Once all that chattering input from Memory and Reasoning is stilled, the Will breathes a sigh of relief and gives in and the Composer takes over and we have our spiritual experience.

Steam inhalation is still oxygen deprivation and there have been reports of deaths resulting from overexposure to heat, dehydration, and smoke inhalation leading to suffocation during ceremonies organised by people who did not know what they were doing.

Docs in fatal sweat lodge case show past problems - By FELICIA FONSECA Associated Press Writer - Story Published: Dec 28, 2009 at 5:45 PM PDT
PRESCOTT, Ariz. (AP) - Documents released in the investigation of a fatal sweat lodge ceremony show that people lost consciousness … at events led by self-help guru James Arthur Ray, but Ray largely ignored the medical problems that arose.
Three people died after an Oct. 8 sweat lodge ceremony that was the highlight of Ray's five-day "Spiritual Warrior" event at a retreat he rented near Sedona. The Yavapai County sheriff's office has focused a homicide investigation on Ray, who has made millions of dollars by convincing people his words will lead them to spiritual and financial wealth.  …………. Theodore Mercer said the latest ceremony was hotter than in years past, but Ray repeatedly told participants, "You are not going to die. You might think you are, but you're not going to die."  ………… Others who were interviewed by investigators described suffering broken bones at other Ray-led events after being instructed to break bricks with their hands. Others said they vomited and slipped into altered states of consciousness.

Lakota spiritual leader Arvol Looking Horse
Our First Nations People have to earn the right to pour the mini wic'oni (water of life) upon the inyan oyate (the stone people) in creating Inikag'a - by going on the vision quest for four years and four years Sundance. Then you are put through a ceremony to be painted - to recognize that you have now earned that right to take care of someone's life through purification. They should also be able to understand our sacred language, to be able to understand the messages from the Grandfathers, because they are ancient, they are our spirit ancestors. They walk and teach the values of our culture; in being humble, wise, caring and compassionate. What has happened in the news with the make shift sauna called the sweat lodge is not our ceremonial way of life!