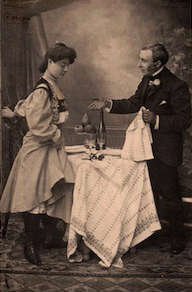 Repression is an attempt to completely subdue a natural emotion or a function of the autonomic system.  It is behavioural control of an extreme kind.

The interesting thing about repression, however, is that it is not possible to subdue natural emotions or natural functions such as sexual functions or other bodily functions.  Thus  repression of any form of emotion or autonomic system function – particularly the sexual functions -  tends to produce its opposite.

Thus repression of joy, hope, sensuality, passion and so on, all lead to the opposite emotions being manifest – misery, despair, angst, anger, fear, aggression, lust, obsession.  In overload proportions.  What is then perhaps somewhat ironic, is that these emotions too do exactly the same thing, in that they defeat any form of rational thinking. And they can as a result give you a spiritual experience – but not a particularly pleasant one, it is usually one in which demons are involved.  Hallucinations and visions are particularly prevalent with repression based techniques and they are often mistaken for deeply meaningful revelations within the religious context.  They aren’t.

Repression can also make you ill. 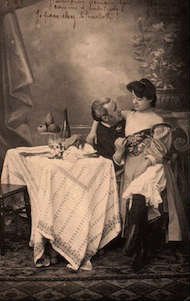 Repression was practised by both the Roman Catholic and Puritan based churches within Christianity, it may still be in some countries.  It appears to be practised in some parts of the Islamic church even today.  Repression and asceticism go hand in hand.  Nowhere is this more amply demonstrated than in the forms of asceticism practised by Roman Catholics in medieval times up to the 1600s and 1700s.

The Varieties of Religious Experience – William James
The Roman Catholic Church has, in its incomparable fashion, collected all the motives  towards asceticism together, and so codified them that anyone wishing to pursue ‘Christian perfection’ may find a practical system mapped out for him in any one of a number of readymade manuals.  The dominant Church notion of perfection is of course the negative one of avoidance of ‘sin’.  Sin proceeds from concupiscence [strong desire or appetite], and concupiscence from our carnal passions and temptations, chief of which are pride, sensuality in all its forms, and the loves of worldly excitement and possession.  All these sources of sin must be resisted; and discipline and austerities are a most efficacious mode of meeting them.  Hence there are always in these books chapters on self-mortification

I have a definition of sin in the concepts section.

The Varieties of Religious Experience – William James
A survey of history shows us that, as a rule, religious geniuses attract disciples, and produce groups of sympathisers.  When these groups get strong enough to ‘organise’ themselves, they become ecclesiastical institutions with corporate ambitions of their own.  The spirit of politics and the lust of dogmatic rule are then apt to enter and to contaminate the originally innocent thing; so that when we hear the word ‘religion’ nowadays, we think inevitably of some ‘church’ or other; and to some persons the word ‘church’ suggests so much hypocrisy and tyranny and meanness and tenacity of superstition that in a wholesale undiscerning way they glory in saying that they are down on religion altogether.

So essentially religious institutions are the principal source of repression.

The Varieties of Religious Experience – William James
The baseness so commonly charged to religion’s account are thus, almost all of them, not chargeable at all to religion proper, but rather to religion’s wicked practical partner – the spirit of corporate dominion.  And the bigotries are most of them in their turn chargeable to religion’s intellectual partner, the spirit of dogmatic dominion, the passion for laying down the law in the form of an absolutely closed-in theoretic system. 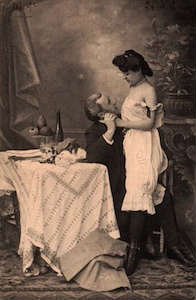 In effect, religious institutions tend to attract ascetics and ascetics practise repression and repression actually results in extremism.  As we can see from the quote above, the laws of the Roman Catholic church defined any highly pleasurable emotion as a crime, as a consequence  its opposite emotion pain then surfaced, with the result that ascetics then spent a great deal of time devising ways of generating pain…

St John of the Cross - Life and Works [from The Varieties of Religious Experience – William James]
The radical remedy lies in the mortification of the four great natural passions, joy, hope, fear and grief.  You must seek to deprive these of every satisfaction and leave them as it were in darkness and the void.  Let your soul therefore turn always:
‘Not to what is most easy, but to what is hardest;
Not to what tastes best, but to what is most distasteful;
Not to what most pleases, but to what disgusts;
Not to matters of consolation, but to matters for desolation rather;
Not to rest, but to labour;
Not to desire the more, but the less;
Not to aspire to what is highest and most precious, but to what is lowest and most contemptible;
Not to will anything, but to will nothing;
Not to seek the best in everything, but to seek the worst…….
Despise yourself, and wish that others should despise you.
Speak to your own disadvantage, and desire others to do the same;
Conceive a low opinion of yourself, and find it good when others hold the same

I cannot find any evidence that an ascetic is a rational thinker.  They tend to be close to psychopathic in their actions and wholly useless in everyday life… but of course it is this lack of any form of rational thought that produces the hallucinations.  'Mad, bad and dangerous!'

Another example of a man who fought it for most of his life until his sexual system gave up through old age and he started to get spiritual experiences was Jan van Ruysbroeck.  And this is the result of this fight.

The lower part of ourselves, which is beastly and contrary to the virtues and which wills our separation from God, we should hate and persecute and we should torment it by means of penances and austerity of life, so that it be always repressed 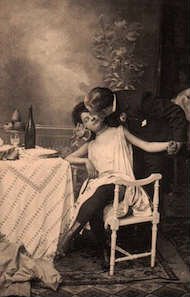 I’m afraid a small wave of giggling swept over me when I read this, as I imagined him stark naked standing over his erect willy giving it a good telling off and telling it that it was beastly and that he hated it.  Poor willy.  It might have even been a nice willy, one he should have loved and cared for.

Ruysbroeck repressed his feelings and emotions and by doing so he caused an absolute overload of very high emotion and emotion of a dreadful type.  Anger, frustration, aggression, hatred, bigotry – his early writing is full of it – nasty stuff.  And during this period he got nothing - zilch - not even the intimation of an angel.

Repression  - the cause of wars and  violence, self-harm and abuse.  Untold misery has been caused by repression of natural actions.  This is what happens when you repress….

The news of 2012 September
After 40 suicides of victims trigger a parliamentary inquiry, the Roman Catholic Archdiocese of Melbourne confirms the sexual abuse of 618 children over 80 years. 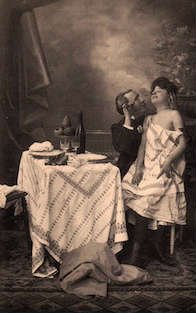 Generally speaking repression does not work.

There are very few observations that fit within this category, but where it has worked the extremely high emotion along with the overload of the nervous system and occasionally 5 senses, serves to defeat any form of rational thinking - the reasoning system in particular is subdued and as a consequence the will no longer receives rational input and the composer can provide input - usually in a the form of a lesson.

Interestingly it doesn't generally work because the personality and ego, as well as the objectives and fervent desire to have something happen, have to be so strong to achieve this, and the ego and desires are major blocks to any form of experience.