Spencer, Stanley - 1950 The Scrapbook drawings and the 'Leg of Mutton'

While in Gloucestershire before World War Two, Spencer had embarked on a series of, eventually, over 100 pencil works, known as the Scrapbook Drawings. In 1950, the outgoing president of the Royal Academy, Sir Alfred Munnings got hold of some of these drawings and initiated a police prosecution against Spencer for obscenity.

It was reported in the press that the, unnamed, owner of the pictures agreed to destroy them. Spencer also appears to have removed some drawings from his private scrapbooks and continued to ensure that the Leg of mutton nude would not be exhibited during his lifetime. He was awarded the CBE and the new President of the Royal Academy, Sir Gerald Kelly, who had supported Spencer in the obscenity case, persuaded him to rejoin the Royal Academy, as an Associate before being elected an Academician. 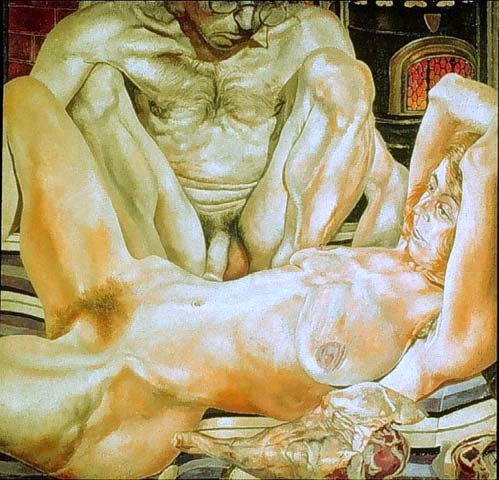