The Sabbath is used to provoke rebirth, so I have perhaps gone beyond the actual observation and classified it in this category.  From the text, it would appear that the ceremony was mostly about having a jolly time, and experiencing some form of spiritual experience - by the sound of it, it was occasionally bliss and peace and at other times ecstasy, which is actually not rebirth at all, but the observation is useful as a record of what happened during the days of persecution. 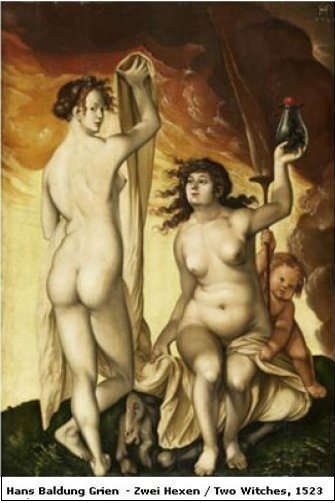 Ross Caldwell – description of Pierre de l'Ancre 1622 book  "L'incredulite et mescréance du sortilège, plainement convaincue" (The disbelief and misbelief in witchcraft, plainly convinced).
Pierre de l'Ancre was born in Bordeaux in 1553. He studied law and philosophy in France, Bohemia and Turin. He became councilor to the Bordeaux parliament at the age of 29 in 1582, and in 1588 he married Michel de Montaigne's grand-niece. He was well acquainted with the leading intellectuals and political figures of his day. Because of his familiarity with the region, in 1609 Henri IV sent him to find and prosecute witches in the district of Labourd, in the extreme south-west of France. Travelling with another judge, de l'Ancre found the region completely infected with witches, and by the end of their inquisition, about 500 people had been burned at the stake for it.

"[The prominent jurist] Boguet condemned the use of torture, and L'Ancre and his colleague, another eminent judge and royal counsellor, used it only in two or three out of many hundreds of cases. At first they encountered a baffling silence. The priests, who wore swords and picturesque costumes and drank and danced with the villagers and townsfolk, were—it transpired—in the movement and instructed folk to say nothing. Large numbers of the women took to the sea in their husbands' boats or went on pilgrimage to Spain; where the cult was even stronger. At last, by torture or more amiable means, the judges won the confidence of a 17-year-old and fiery beggar girl—she danced the witch-dances for them—and they broke the conspiracy of silence. Here we have a competent lay judge reporting, without using torture, just the same chief phenomena as the Inquisitors. Some of the highest nobles and most of the priests attended the Sabbaths, and the priests said Black Masses. At one place there was a gathering of 12,000 witches. Educated women in their later 20's told how Satanism was the best religion, and they would rather go to the Sabbath, the "real Paradise," than to the Mass. It was a foretaste of their joy in the next life. This referred to the usual orgy of promiscuity. The Sabbaths, to which they took about 2,000 children to be initiated, were held nearly every night and sometimes during the day. As the trials proceeded the large fleets of fishing boats came in from the Atlantic, and the anger of the men at the prosecution seems to have forced the judges to close it prematurely. But, says L'Ancre, "an infinite number (really about 500, including several priests) were burned at Bordeaux and in Brittany"—which suggests that the cult spread along the coast. In fact, there were almost simultaneous persecutions on a large scale all over France. At Macon the jails were full, and there were trials at Orleans and other places."

Whole communities of nuns were said to have been surrendered to the Devil. From Marseilles in 1611, …., it was announced that the Ursuline nuns in one of the most respectable convents were dealing with the devil, and a number of them were "possessed."

[Isabella Bellochio was found guilty of being] ‘formally apostate from God, having with works shown herself to believe that it was permissible to offer reverence to satan, burning him lamps for several months continuously, and praying to him that he should make (her) lover come, and having a pact, if not explicit, at least tacit with that same devil".  What that worship consisted of was given in a deposition by Bellochio's housemaid Marina, who testified that Bellochio "had worshipped an image of the devil by kneeling before it, with her hair loose, while maintaining a lantern alight before it day and night. '(She had)... a light (cesendello) which burned continuously in the kitchen in front of a devil and the tarots...'"