Malta - 07 The Hypogeum of Ħal-Saflieni 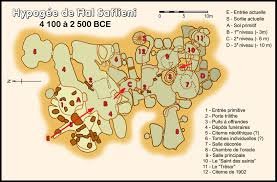 The Hypogeum of Ħal-Saflieni is a subterranean structure dating to the Saflieni phase (3300-3000 BC) in Maltese prehistory, located in Paola, Malta. It is often simply referred to as the Hypogeum (Maltese: Ipoġew), literally meaning "underground" in Greek. The Hypogeum is thought to have been originally a sanctuary, but it became a necropolis in prehistoric times, and in fact, the remains of more than 7,000 individuals have been found. It is the only known prehistoric underground temple in the world. 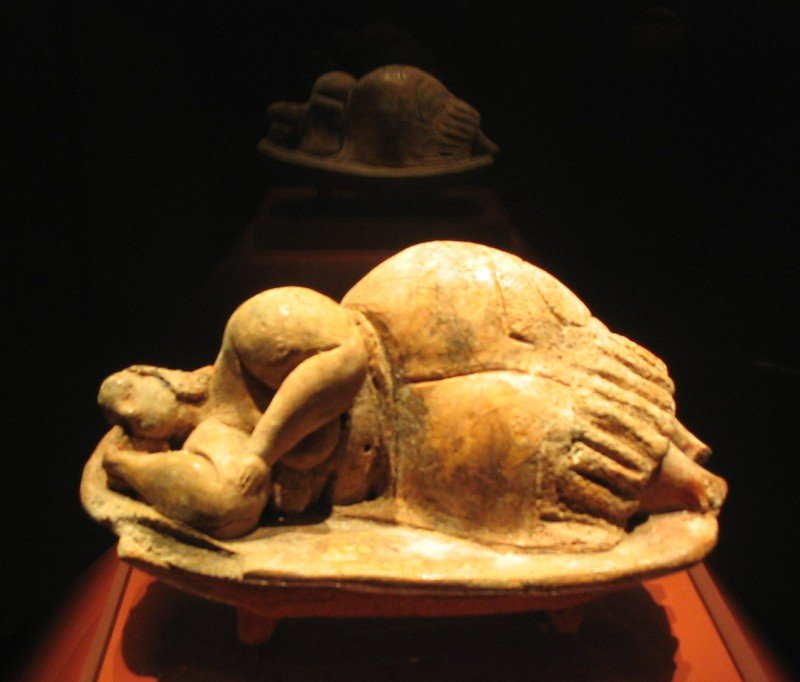 The vestiges of Shivaism in Malta are more ancient than those of Crete.

"At Malta, there is a grotto, the subterranean complex of Hal Saflieni. . . Three floors, reaching a depth of more than ten metres, a series of halls, caverns, inter-communicating niches, an inextricable confusion of passages, which unwind in a double spiral, first turning to the left and then to the right. . . The ceilings are decorated with red spirals. . , Sacred axes, ceramics, statuettes of women and of animals, and many human bones have been found there, as well as the statue of a 'sleeping woman', probably representing a priestess in a state of incubation before giving an oracle, dressed in a costume which is identical to that of the Cretan priestesses." (P. Santarcangeli, op. cit., p. 120.) 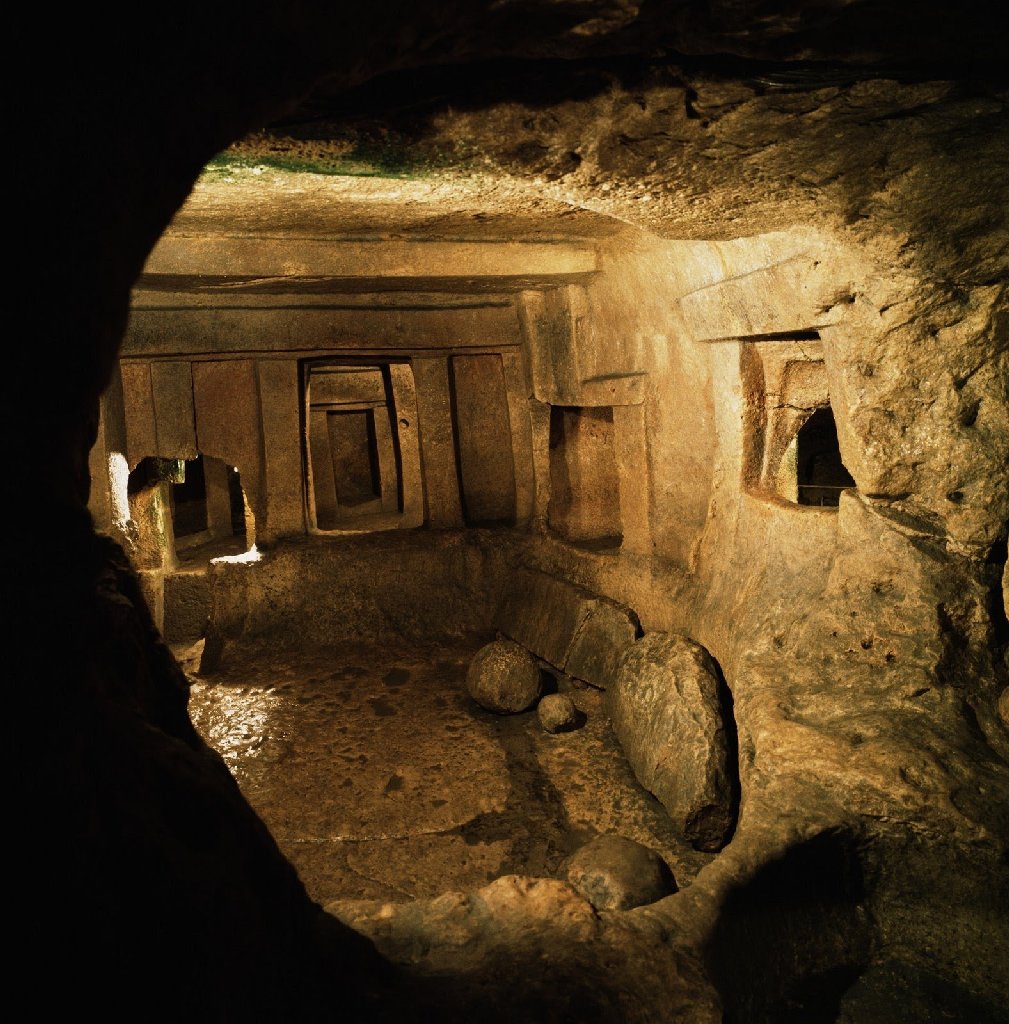 Initiation is the passing from one state of being to another. It is a sort of death, an "active death", from which a new person is born. Thus, a burial rite is always part of the rites of initiation, and has even survived in the ordination ceremonies of Catholic priests. 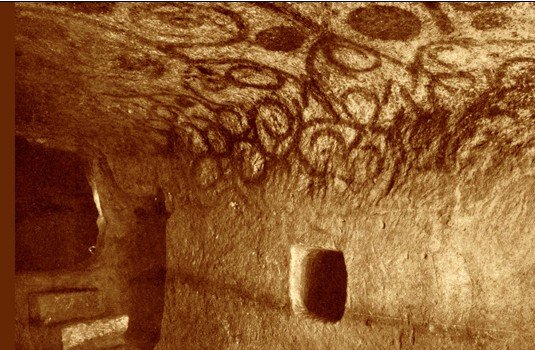