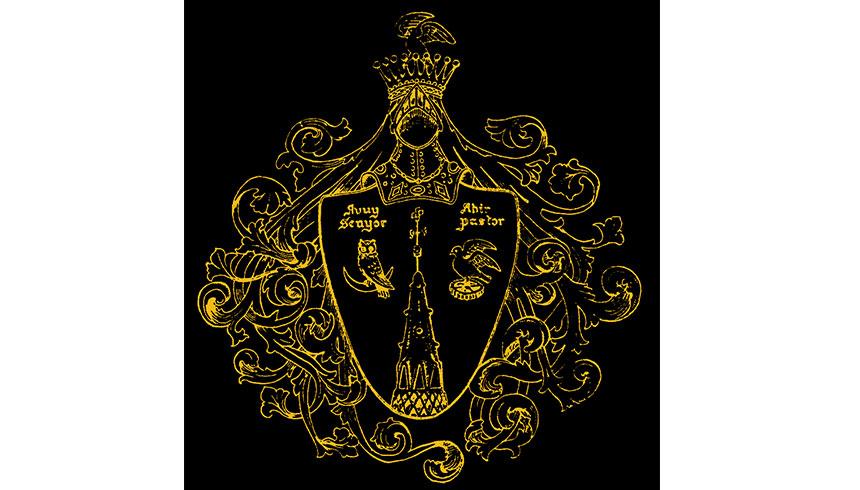 On the occasion of Eusebi Güell's obtaining the title of count, Gaudí designed a coat of arms for his patron. He devised a shield with the lower part in a catenary shape typical of Gaudí. He divided it into two parts: the lantern of Palau Güell features a dove and a gear-wheel on the right in allusion to the Colònia Güell in Santa Coloma de Cervelló (coloma is Catalan for dove), with the phrase ahir pastor (yesterday Shepherd). On the left is an owl perched on a half-moon—symbol of prudence and wisdom—with the words avuy senyor (today Lord). The shield is surmounted by a helmet with the count's coronet and the dove symbol of the Holy Spirit.  Below Guell himself 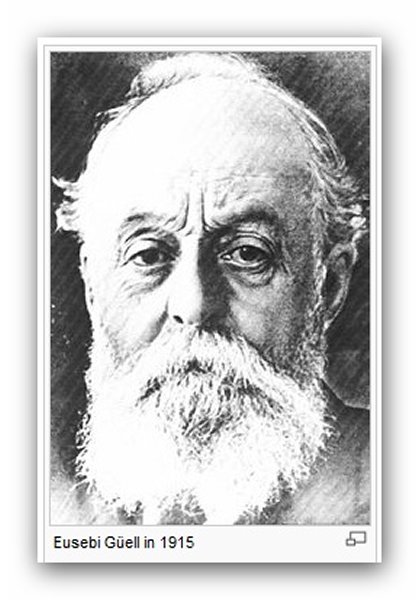 In May 1878, Gaudí designed a display cabinet for the Esteban Comella glove factory, which was exhibited in the Spanish pavilion at the Paris World Exhibition that year. It was this work that attracted the attention of the entrepreneur Eusebi Güell, visiting the French capital; he was so impressed that he wanted to meet Gaudí on his return, beginning a long friendship and professional collaboration. Güell became Gaudí's main patron and sponsor of many of his large projects. Eusebi Güell commissioned some of Gaudí's most outstanding work:

Gaudí also became a friend of the marquis of Comillas, the father-in-law of Count Güell.

And in fact, Güell's first task for Gaudí, was the design of the furniture for the pantheon chapel of the Palacio de Sobrellano in Comillas, which was then being constructed by Joan Martorell, Gaudí's teacher, at the request of the Marquis of Comillas, Güell's father in law.

Gaudí designed a chair, a bench and a prayer stool: the chair was upholstered with velvet, finished with two eagles and the Marquis's coat of arms; the bench stands out with the motif of a dragon, designed by Llorenç Matamala; the prayer stool is decorated with plants. 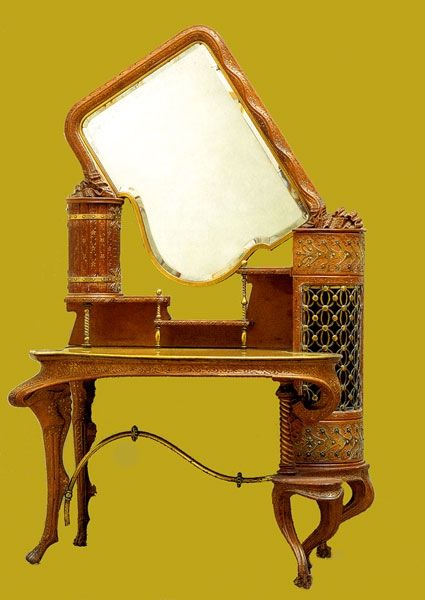