Coins have a number of symbolic meanings depending on the context. 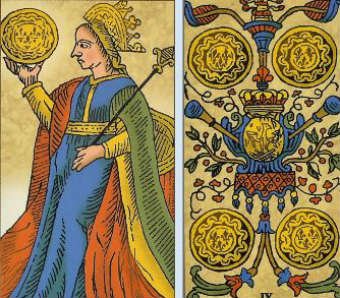 Where they are used to be synonymous with disks they symbolise Earth – the Earth layer – thus the physical. They play a part in the Tarot where an entire suite is based on this level and symbolism.

Disks and coins are in this context synonymous.

The more specific symbolism is of the body itself hence heads and tails! 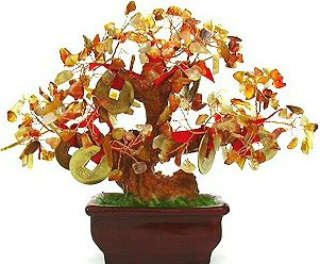 This symbolism is fairly universal .  An archaeological discovery found in Sichuan, China and dating to the late Han dynasty (c 25 – 220 AD) shows the tree of life. It has a ceramic base and is guarded by a horned beast with wings [serpent]. The leaves of the tree are coins and people. Thus the coin is an alternative symbol to the leaf.

A winged disk shows ‘matter in a state of sublimation and transformation’ according to J E Cirlot.  The symbol is widely used and appears at the top of the caduceus.

Whenever we throw coins into water whether it is a well or pool or the cascade of a shopping mall, we are symbolically making a ritual offering by ‘giving back’ our body to the spiritual world.  The symbolism is not dissimilar to that used for baptism – immersion in water for purification.

Lyall Watson – The Nature of things

On Hadrian’s wall is a Celtic well sacred to the nymph Coventina, from which have now been taken nearly 20,000 coins; 2,829 of them bearing the head of Antoninus Pius from the 2nd century AD.

But the alternative symbolism is to represent the ‘virtues’. It depends on the context.  This symbolism possibly derives from the Greeks.  It can seen in the following quote:

O my blessed Simmias, is there not one true coin for which all things ought to be exchanged?--and that is wisdom; and only in exchange for this, and in company with this, is anything truly bought or sold, whether courage or temperance or justice.

And is not all true virtue the companion of wisdom, no matter what fears or pleasures or other similar goods or evils may or may not attend her?

But the virtue which is made up of these goods, when they are severed from wisdom and exchanged with one another, is a shadow of virtue only, nor is there any freedom or health or truth in her; but in the true exchange there is a purging away of all these things, and temperance, and justice, and courage, and wisdom herself are the purgation of them.

The founders of the mysteries would appear to have had a real meaning, and were not talking nonsense when they intimated in a figure long ago that he who passes unsanctified and uninitiated into the world below will lie in a slough, but that he who arrives there after initiation and purification will dwell with the gods. For 'many,' as they say in the mysteries, 'are the thyrsus-bearers, but few are the mystics,'