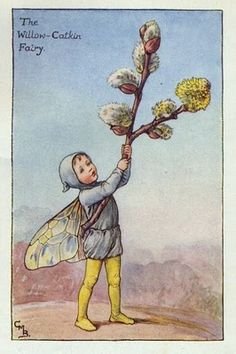 Salix alba (white willow) is a species of willow native to Europe and western and central Asia.  The name derives from the white tone to the undersides of the leaves.  The stems (withies) from coppiced and pollarded plants were and are used for basket-making and this is the tree used for cricket bats.

Salix alba has a long history of medicinal use – bark and leaves.  The sale of ‘willow bark extract’ has become something of an industry, but care needs to be taken.  There are many kinds of willow [Salix] from the Pussy willow to the Weeping willow.  Salix alba  readily forms natural hybrids with crack willow Salix fragilis, the hybrid being named Salix × rubens Schrank.

Mary Cicely Barker’s child holds a Pussy willow [either Salix caprea or Salix cinerea].    It is noticeable that in some of the pages on the Internet dedicated to selling herbal extracts, there are pictures of Weeping willows [Salix babylonica and related hybrids] and this is incorrect.  When used medicinally, the correct plant must be used.

There appears to be the widespread belief that Salicin is the important chemical in willow.  It isn’t.  It may have been extracted long ago, it may be the basis for aspirin, but it is not Salicin which heals.  All we can do is point you to Dr Duke’s analysis [provided as an observation below] which shows both the activity and the chemicals in White willow.

What this means is that a very very large number of the so called ‘herbal remedies’ on the market today could be worse than useless.  Now let me quote: 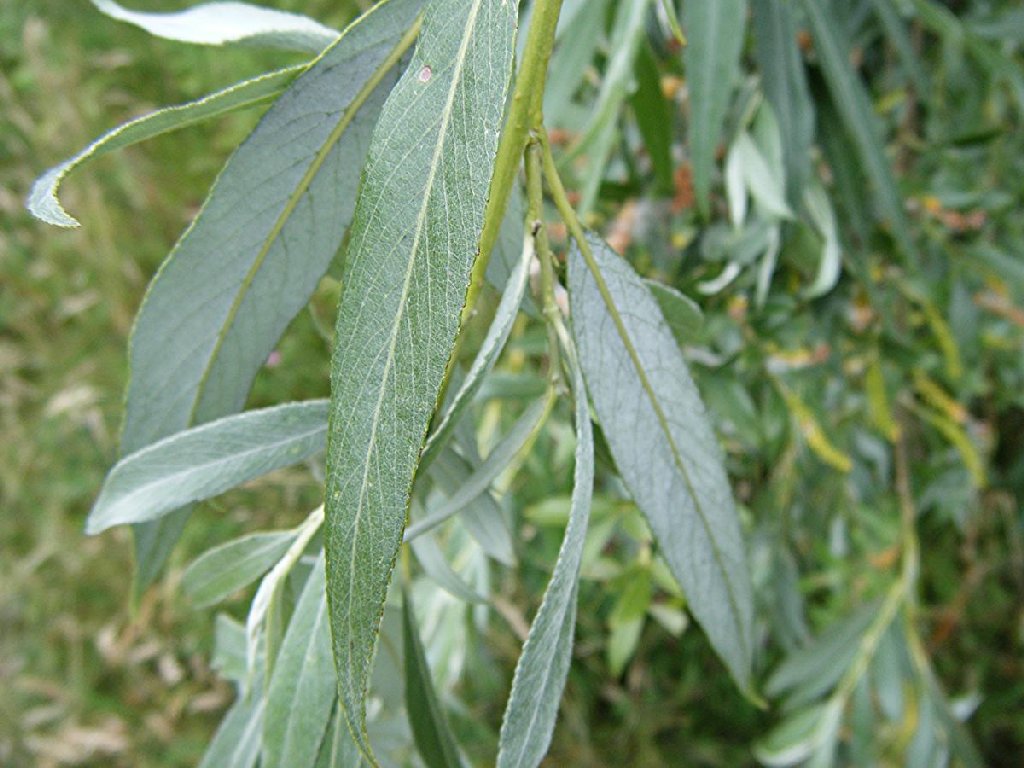 Dr Duke provides no analysis for either Salix purpurea or Salix fragilis meaning he did not recognise either as being medicinal plants.  What this means is that in the least worse case scenario you are getting virtually no benefit from the watering down of the medicine with Salix purpurea and Salix fragilis, and in the worst case scenario they contain chemicals which are poisonous. 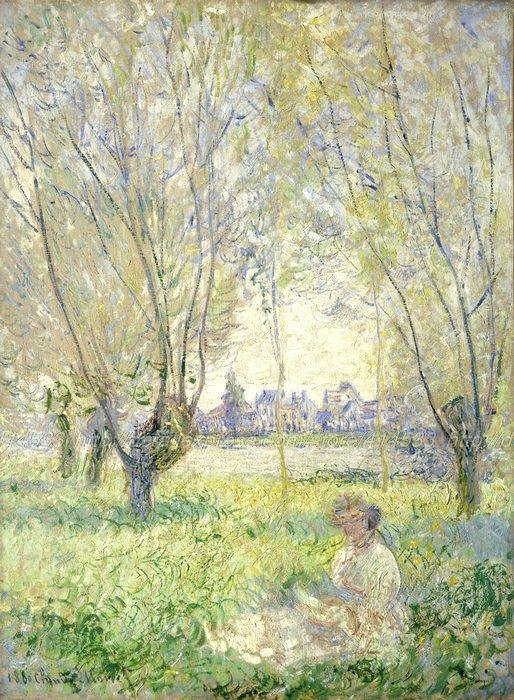 Salix alba (white willow) is a medium-sized to large deciduous tree growing up to 10–30 m tall, with a trunk up to 1 m diameter and an irregular, often-leaning crown.

The bark is grey-brown, and deeply fissured in older trees. The shoots in the typical species are grey-brown to green-brown.

The leaves are paler than most other willows, due to a covering of very fine, silky white hairs, in particular on the underside; they are 5–10 cm long and 0.5–1.5 cm wide.

The flowers are produced in catkins in early spring, and pollinated by insects. It is dioecious, with male and female catkins on separate trees; the male catkins are 4–5 cm long, the female catkins 3–4 cm long at pollination, lengthening as the fruit matures. When mature in midsummer, the female catkins comprise numerous small (4 mm) capsules, each containing numerous minute seeds embedded in white down, which aids wind dispersal.

White willows are fast-growing, but relatively short-lived, being susceptible to several diseases, including watermark disease caused by the bacterium Brenneria salicis (named because of the characteristic 'watermark' staining in the wood; syn. Erwinia salicis) and willow anthracnose, caused by the fungus Marssonina salicicola. These diseases can be a serious problem on trees grown for timber, medicine or ornament. 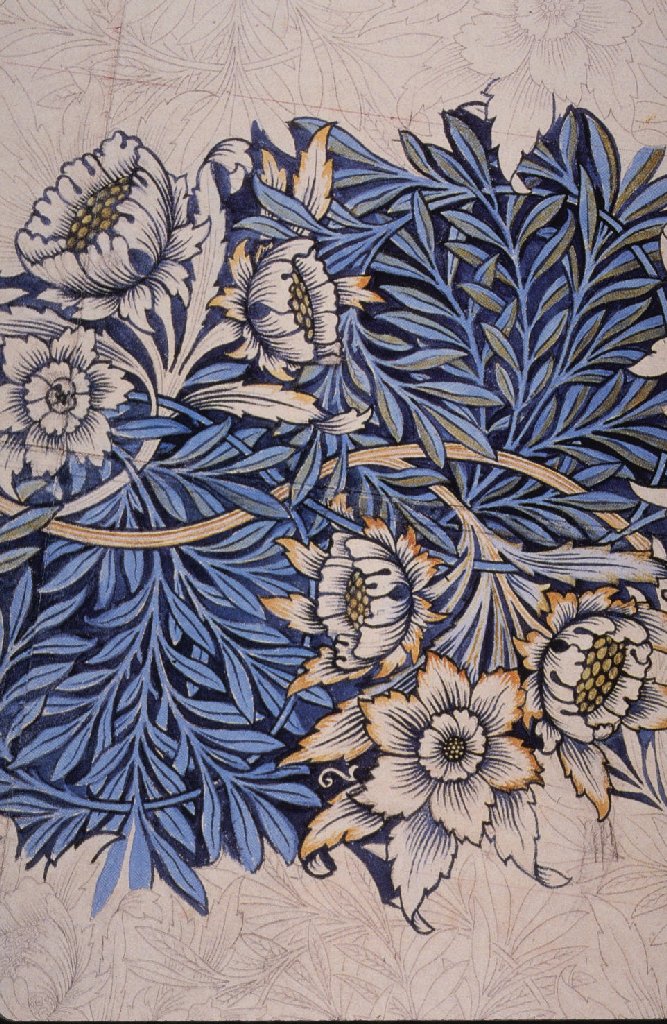 Salix alba 'Caerulea' (cricket-bat willow; syn. Salix alba var. caerulea (Sm.) Sm.; Salix caerulea Sm.) is grown as a specialist timber crop in Britain, mainly for the production of cricket bats, and for other uses where a tough, lightweight wood that does not splinter easily is required. It is distinguished mainly by its growth form, very fast-growing with a single straight stem, and also by its slightly larger leaves (10–11 cm long, 1.5–2 cm wide) with a more blue-green colour. Its origin is unknown; it may be a hybrid between white willow and crack willow, but this is not confirmed.

Salix alba 'Vitellina' (golden willow; syn. Salix alba var. vitellina (L.) Stokes) is a cultivar grown in gardens for its shoots, which are golden-yellow for one to two years before turning brown. It is particularly decorative in winter; the best effect is achieved by coppicing it every two to three years to stimulate the production of longer young shoots with better colour. Other similar cultivars include 'Britzensis', 'Cardinal', and 'Chermesina', selected for even brighter orange-red shoots.

Salix alba 'Sericea' (silver willow) is a cultivar where the white hairs on the leaves are particularly dense, giving it more strongly silvery-white foliage. This cultivar has gained the Royal Horticultural Society's Award of Garden Merit.

Salix alba 'Vitellina-Tristis' (golden weeping willow, synonym 'Tristis') is a weeping cultivar with yellow branches that become reddish-orange in winter. It is now rare in cultivation. It is, however, still the best choice in very cold parts of the world, such as Canada, the northern US, and Russia.

It is unknown whether these hybrids and varieties have the same medicinal properties and activities. 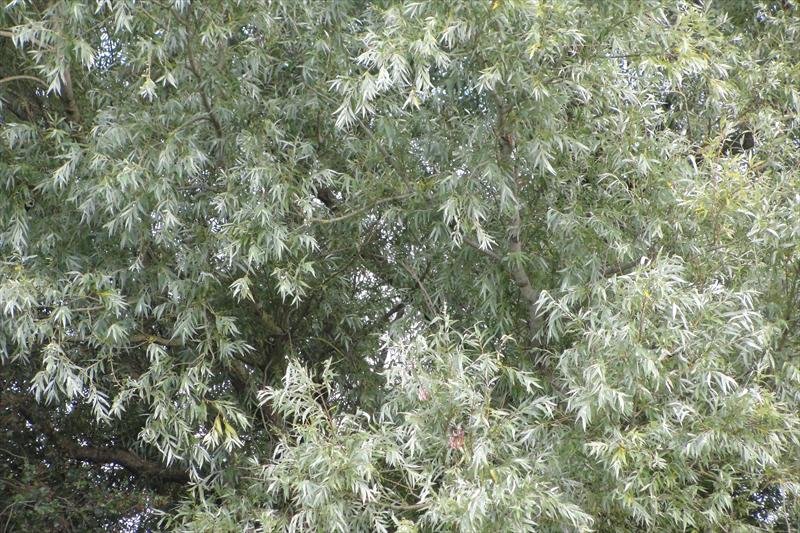 The use of white willow to relieve inflammation and pain goes back to antiquity.   It has long been used in Europe and China for the treatment of these conditions. The Assyrians knew of its properties:

…..The ancient Sumerians and Egyptians, as well as Hippocrates, Celsus, Pliny the Elder, Dioscorides and Galen used this natural product [willow] as a remedy for pain, fever and inflammation. In the Middle Ages these remedies were used for fever and rheumatism by Hildegard of Bingen and Henrik Harpestreng. The first "clinical trial" was reported by Edward Stone in 1763 with a successful treatment of malarial fever with willow bark. In 1876 the antirheumatic effect of willow was described by T. MacLagan, and that of salicylic acid by S. Stricker and L. Riess. PMID: 20509453

The Cherokee and other Native Americans used an infusion of the bark for fever and other medicinal purposes. The bark was used as a pain reliever for a variety of ailments. In 2014, archaeologists identified traces of salicylic acid on 7th century pottery fragments found in east central Colorado.

But in the 1800s, we have the start of ‘chemistry’ and one active extract of the bark, called salicin, after the Latin name Salix, was isolated to its crystalline form in 1828 by Henri Leroux, a French pharmacist, and Raffaele Piria, an Italian chemist, who then succeeded in separating out the acid in its pure state.

And from that moment, the race was on to find a drug that could be sold as opposed to willow which was free.

Although a French chemist, Charles Gerhardt, was the first to synthesize aspirin in a crude form, the compound was ignored, and later studied by Felix Hoffmann. He reportedly tested the rediscovered agent on himself and on his father, who suffered from chronic arthritis…. First used for its potent analgesic, antipyretic and anti-inflammatory properties, aspirin was successfully used as an antithrombotic agent. Sir John Vane elucidated aspirin's active mechanism as an inhibitor of prostaglandin synthetase and received the Nobel Price in Medicine for this work in 1982. Two isoform of cyclooxygenase (COX-1 and COX-2) have now been identified, each possessing similar activities, but differing in characteristic tissue expression. The cox enzyme is now a target of drug interventions against the inflammatory process. After two centuries of evaluation, aspirin remains topical, and new therapeutic indications are increasingly being studied.  PMID:  10763200 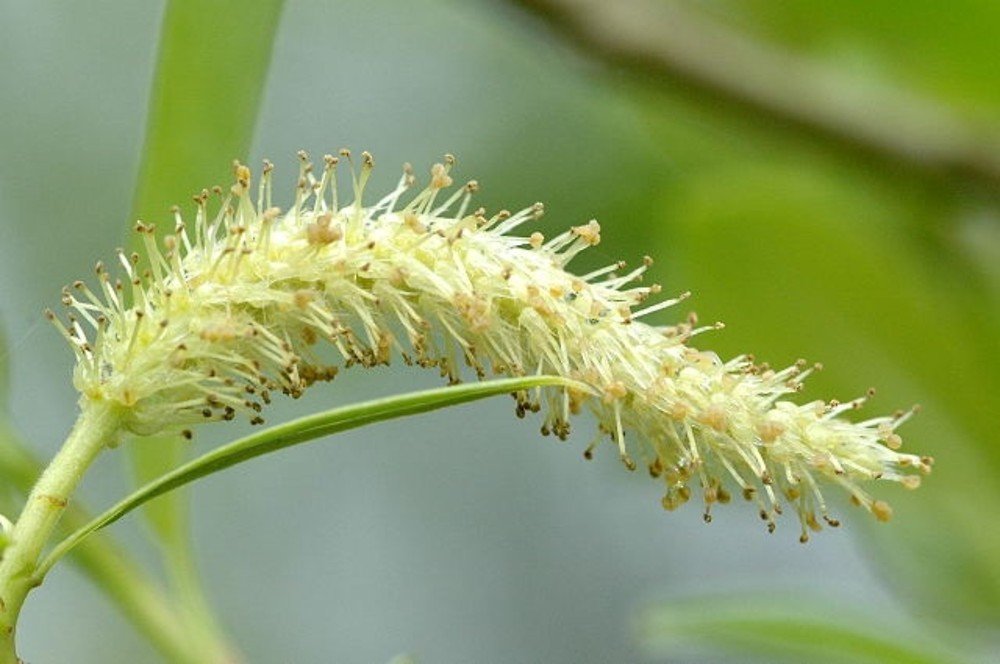 Aspirin is not Willow bark extract or willow leaves.

In the first place acetylsalicylic acid is not the same as Salicyclic acid.  Furthermore, the White willow, if we look at Dr Duke’s analysis is a good deal more complex in its make up than just Salicylic acid.

If we compare the eHealthme statistics for Willow bark extract and those for aspirin we could not get a more different picture.  We have provided the aspirin figures as an observation under Salicylic acid, but very briefly, 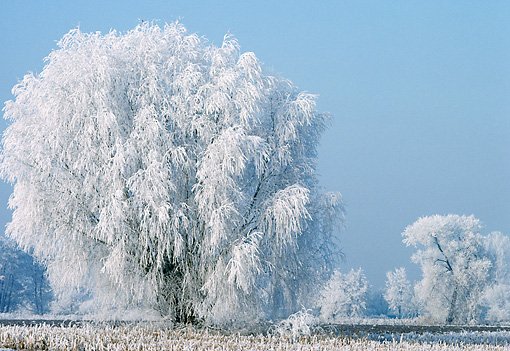 Clearly more people take aspirin than willow bark and also the way aspirin is packaged it is easy to overdose, but the statistics cannot be ignored, Willow bark appears safer.  It also has more applications – it is not possible to use aspirin to treat malaria, for example, but the Rev. Stone had great success with it.

There are numerous chemicals in White willow and those chemicals provide a truly amazing set of activities that way exceeds aspirin.  Just a small selection according to Dr Duke’s analysis:

White willow is, if Dr Duke’s analysis is correct, a sort of wonder plant, able to help with numerous viruses including the flu, herpes and HIV.  It also seems capable of combatting some ferocious parasites, is a fungicide and is an antidote to a large number of heavy metals.

Why are we taking aspirin when we could wander into the fields of the fens in the UK and gather Willow of our own – free - and if the above analysis is correct, safer and more effective?

When Dr Stone did his analysis he treated ‘the agues’.  The agues in those days was usually either malaria or the flu and his dried powdered willow bark was effective against both. 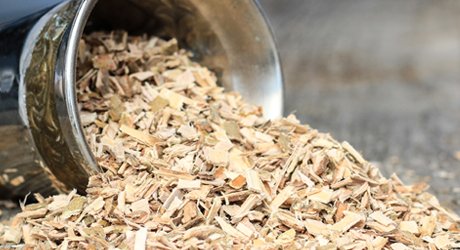