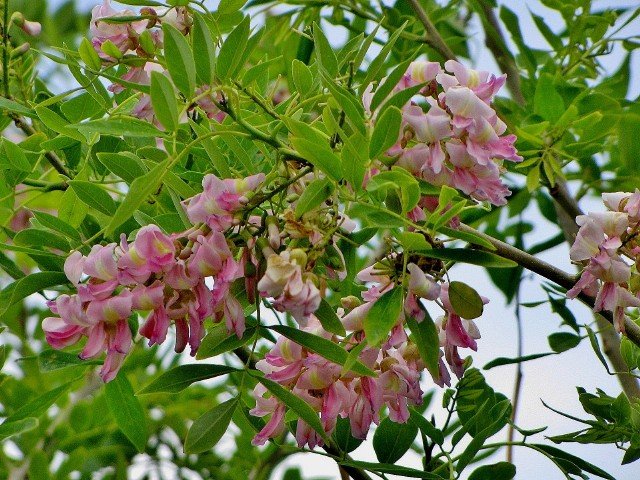 Gliricidia sepium, often simply referred to as Gliricidia - common names: quickstick, mata ratón; cacao de nance, cachanance, it is commonly known as piñon Cubano in the Dominican Republic; madreado in Honduras; kakawate in the Philippines; madre xacao or madre de cacao in the Philippines and Guatemala; and madero negro in Nicaragua), is a medium size leguminous tree belonging to the family Fabaceae. It is considered as "the second most important multi-purpose legume tree, surpassed only by Leucaena leucocephala". 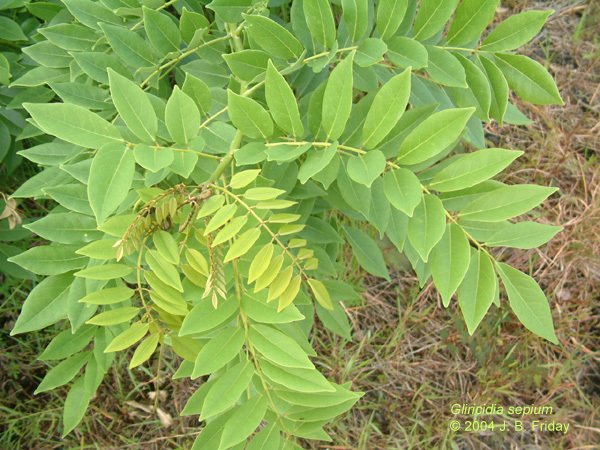 G. sepium is native to tropical dry forest in Mexico and Central America.

In addition to its native range it is cultivated in many tropical and subtropical regions including the Caribbean, northern parts of South America, central Africa, parts of India and Southeast Asia.

The tree grows well in acidic soils with a pH of 4.5-6.2. The tree is found on volcanic soils in its native range in Central America and Mexico. However, it can also grow on sandy, clay and limestone soils.

G. Sepium was spread from its native range throughout the tropics to shade plantation crops such as coffee. Today it is used for many other purposes including live fencing, fodder, firewood, green manure, intercropping, and rat poison. Its use expanded following the widespread defoliation of Leucaena by psyllid in the 1980s. 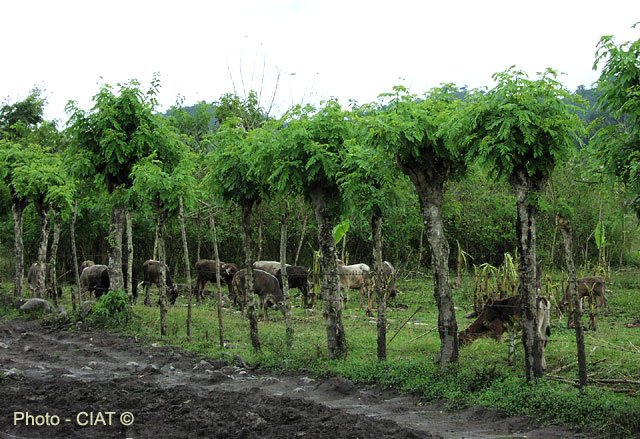 Gliricidia sepium is a medium-sized tree and can grow to from 10 to 12 meters high. The bark is smooth and its colour can range from a whitish gray to deep red-brown.

It has composite leaves that can be 30 cm long. Each leaf is composed of leaflets that are about 2 to 7 cm long and 1 to 3 cm wide.

The flowers are located on the end of branches that have no leaves. These flowers have a bright pink to lilac colour that is tinged with white. A pale yellow spot is usually at the flower's base. 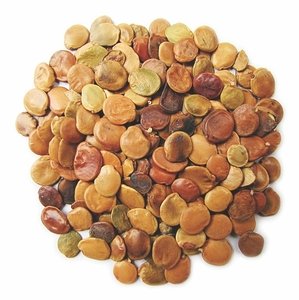 The tree's fruit is a pod which is about 10 to 15 cm in length. It is green when unripe and becomes yellow-brown when it reaches maturity. The pod produces 4 to 10 round brown seeds.

Because G. Sepium fixes nitrogen in the soil and tolerates low soil fertility it can boosts crop yields significantly without the expense of chemical fertilizers. In addition, it tolerates being cut back to crop height year after year. When the trees are cut back they enter a temporary dormant state during which the root system is not competing for nutrients, and the crop is free to become established. These properties also enable G. Sepium to be used as green manure.

BUT, it has a certain invasive potential: Its swift propagation has caused it to be considered as a weed in Jamaica. 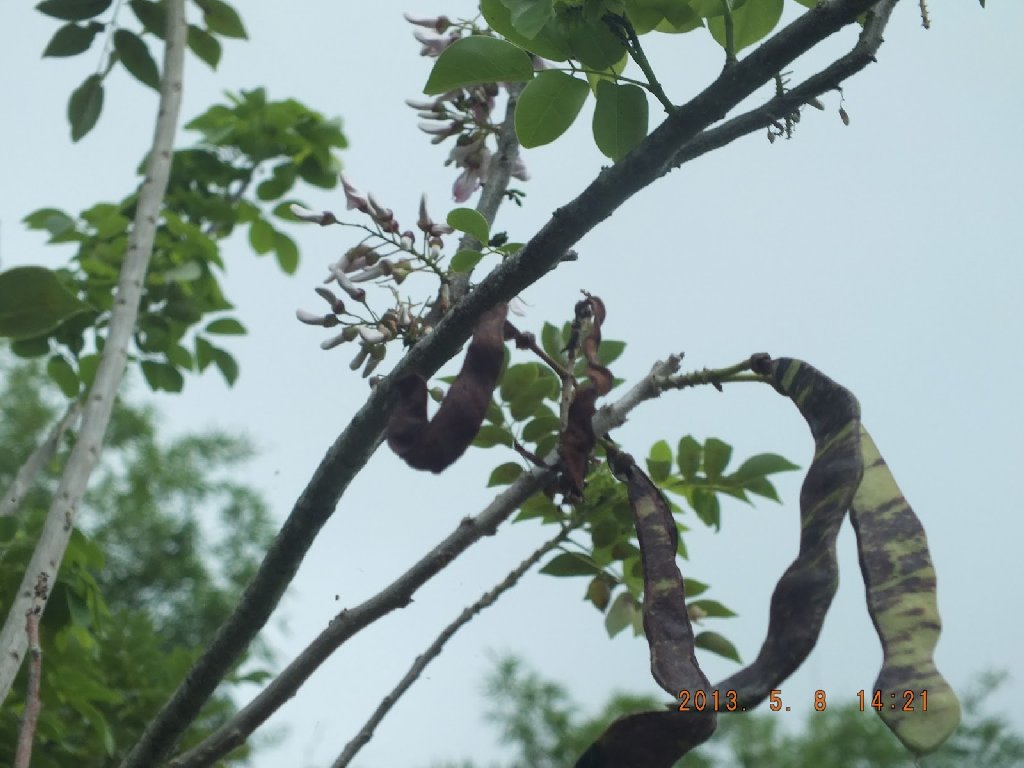 G. sepium is a fast-growing ruderal species that takes advantage of slash and burn practices in its native range. Because it is easily propagated and grows quickly, it has also been suggested that this species may be planted to reduce topsoil erosion in the initial stages of reforesting denuded areas, as an intermediate step to be taken before introducing species that take longer to grow.

G. sepium is used principally for its anti-parasitic and insect repellent properties. Farmers in Latin America often wash their livestock with a paste made of crushed G. sepium leaves to ward off torsalos. In the Philippines, the extract obtained from its leaves is used to remove external parasites.

G. sepium is widely used as a rat poison and it is toxic to non-ruminants.