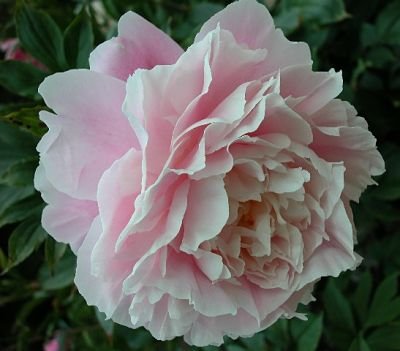 The peony is a flowering plant in the genus Paeonia, the only genus in the family Paeoniaceae.

They are native to Asia, Southern Europe and Western North America.

Boundaries between species are not clear and estimates of the number of species range from 25  to 40.

The herb known as Paeonia, in particular the root of P. lactiflora (Bai Shao, Radix Paeoniae Lactiflorae), is frequently used in the traditional medicines of Korea, China and Japan. 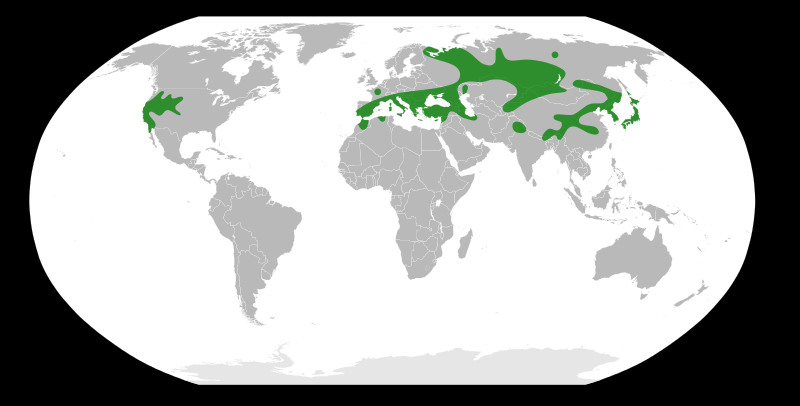 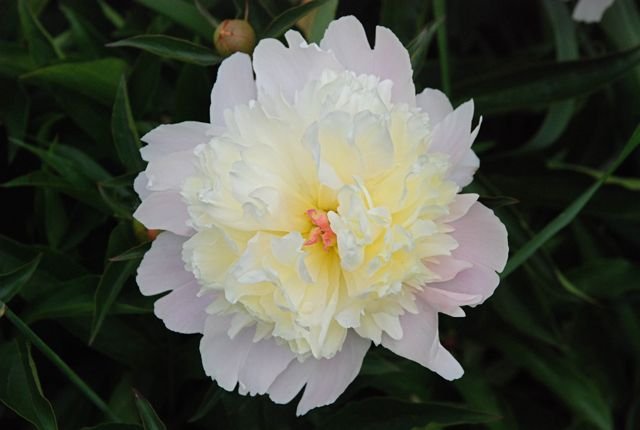 They have compound, deeply lobed leaves and large, often fragrant, flowers, ranging from red to white or yellow, in late spring and early summer.

Peonies can be classified by both plant growth habit and flower type.

Plant growth types are Herbaceous (nonwoody), Tree (shrub), and Itoh (or "Intersectional"), which is intermediate between herbaceous and tree forms. In winter herbaceous peonies die back to their underground parts, whereas tree peonies lose their leaves but retain viable woody stems above ground. The Itoh hybrids are intermediate between herbaceous and tree forms. They are named after Toichi Itoh, who first produced a successful intersectional hybrid in 1948. 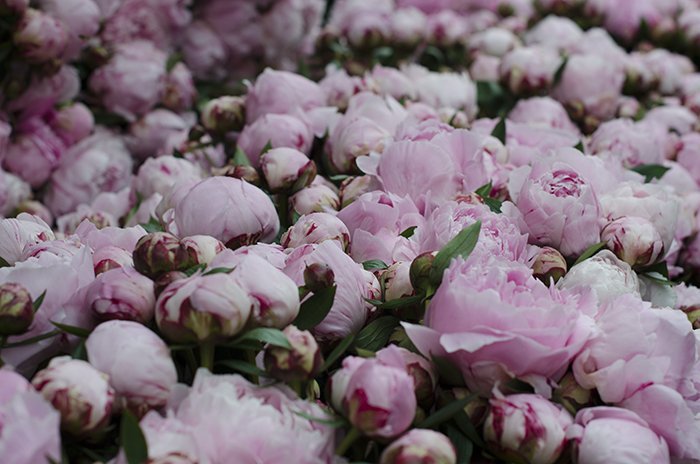 The peony has very important symbolic meaning in spiritual terms.  When seen in a symbolic garden, in most cultures it is a symbol of perfection. It is also associated with love and the heart.

The superstitions connected with the Paeony are numerous. In ancient times, it was thought to be of divine origin, an emanation from the moon, and to shine during the night, protecting shepherds and their flocks, and also the harvest from injury, driving away evil spirits and averting tempests. 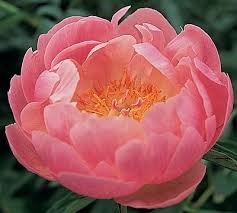 According to Mrs Grieve peonies were once used in a drink called ‘peony water’, and they were also one of the ingredients in a drink called ‘plague water’ used as its name implies during the plague.  Most of the plants included had anti-viral and anti-bacterial activity.

Samuel Pepys Diary entry, 20th July 1665
“So walked to Redriffe, where I hear the sickness is, and indeed is scattered almost every where, there dying 1089 of the plague this week. My Lady Carteret did this day give me a bottle of plague-water home with me… and so to Mrs. Croft’s, where I found and saluted Mrs. Burrows, who is a very pretty woman for a mother of so many children. But, Lord! to see how the plague spreads. It being now all over King’s Streete, at the Axe, and next door to it, and in other places.”

Peonies are extremely hardy and will grow in almost any soil or situation, in sun or shade. The best soil, however, is a deep, rich loam, which should be well trenched and manured, previous to planting.
Propagation is by division of roots, which increase very quickly. The best season for transplanting is towards the end of August, or the beginning of September. In dividing the roots, care must be taken to preserve a bud upon the crown of each offset.
Single varieties are generally propagated from seeds, sown in autumn, soon after they are ripe, upon a bed of light soil, covering them with 1/2 inch of soil. Water well in dry weather and keep clear from weeds. Leave the young plants in this bed two years, transplanting in September.

We were told when we moved into our house that peonies do not like being moved and indeed they do take a time to recover if you move the whole plant, but they do recover.  They actually do better in the sun, but the flowers last longer in semi shade.

Perhaps it is the short lived nature of their flowers that gave them their symbolic associations, something as beautiful and short lived, with a perfume this subtle has to be very precious.

Cut back the woody stems as they fade in October and sprinkle bonemeal around plants. Feed them again in March with poultry manure.
Don't plant peonies too deep. Pot-grown peonies should be planted so the soil level in the pot matches the level in the garden.  Planting too deeply causes poor flowering, so if you have a clump in a sunny spot that isn't doing well it probably needs raising. Avoid mulching in case you bury them.
With divisions, ensure the top of the crown (where the buds emerge below ground level), is 2in below the soil surface.

Tackle dividing large clumps with a pruning saw once foliage starts to die. Lift and clear soil.  Remove dead wood and cut into pieces with about three to five buds, replant and feed. 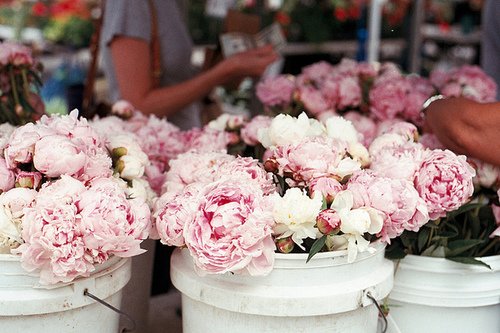 Apart from its use in the sort of herbal mixtures described above, peony root less commonly the flower and seed, have been used in healing for centuries.  Medicinally, Peony is sometimes called red peony and white peony. This does not refer to the colour of the flowers, but to the colour of the processed root.

It is also meant to help with skin disorders soothing and healing dry flaky and cracked skin, and relieving itchy or flaky scalps. 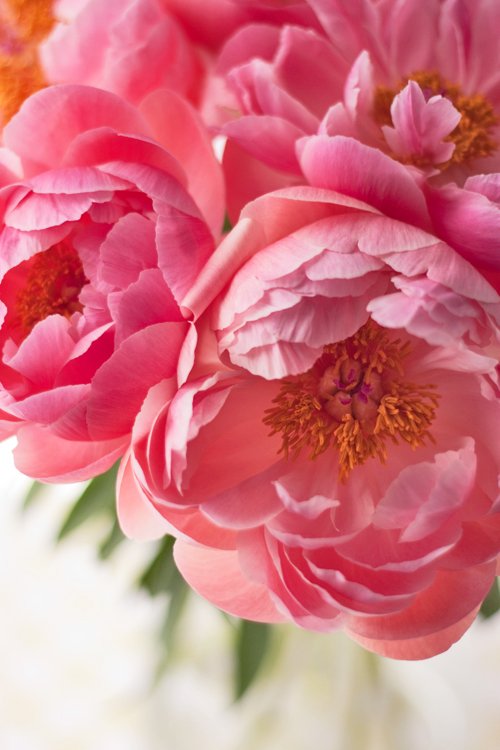 Although this list appears impossible, practically all the healing properties are achieved through the plants anti-bacterial, anti-viral and anti-fungal activity.  Illness and disease has a cause and that cause is very often bacteria, fungus or viruses, thus one plant may be able to tackle a whole host of illnesses simply because it can tackle a pathogen that itself may cause any number of different diseases.  Research in reality is better aimed at finding which pathogens are best tackled by the plant and thankfully, as you will see from the observations, this is now the focus of a number of research groups, particularly in China, Korea, Japan and so on, where the tradition of using plants as healers is well established.

The observations provide the actual details of the plant’s composition and the research done on its activity.