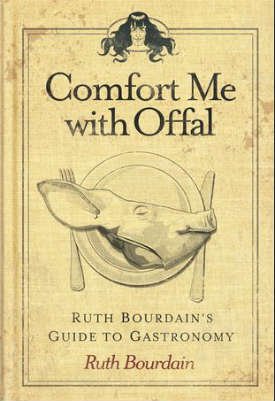 Offal is the collective name given to the internal organs of a butchered animal. In effect it covers all the internal organs – kidney, heart, brain, liver, intestines, lungs, stomach, and the various endocrine and reproductive glands. Even when the organs are not used directly, they may be used indirectly. Intestines, for example, are traditionally used as the casing for sausages. Meat is really defined as muscle [and fat] either on the bone or not.

This all sounds very unappetising, but offal can be made into some delicious dishes and is the staple ingredient of a whole host of gourmet products - foie gras, pâté, breaded sweetbreads, and the culinary pinnacle of all gourmet food the Scottish haggis and tripe and onions. People formed queues miles long here in the north of England to buy tripe and onions and faggots [for those in the USA, a faggot here in the UK is also a dish made from offal].

Nutritionally the resulting meals were occasionally a little lop-sided – faggots, baked beans and chips [frites] would not exactly be called healthy – but it is tasty. As my sister-in-law would comment 'yum yum pig's bum'.

Enough of the frivolity.

It appears to be a commonly held belief that meat has loads of vitamins iron and other minerals, whereas the reality is that it is the offal that contains the most iron and minerals. 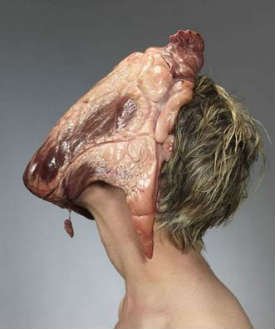 Offal is also the most susceptible to bad farming practise.

If the farmer who has reared your animal has used antibiotics, steroids, fed them with pesticide sprayed grain, grazed them on land polluted with toxins, and subjected them to stress and poor treatment, the animals – like you if you had undergone this treatment - will have damaged organs, with toxins, bacteria, viruses, and other nasties all suffused in them.

If you want to use offal, this is one time when going organic is essential – whatever was in the poor animals will simply transfer to you. 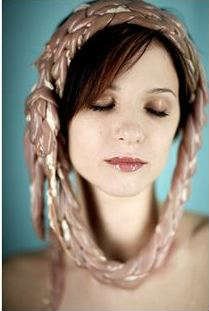 My Mum used to soak liver and kidneys in milk before we had them. This had the effect of both moistening the meat but it also appeared to remove the sharpness and bitterness caused by any remaining impurities. The milk, needless to say, was thrown away. Heart also benefits from the same treatment tenderising it.

Heart - Fanny Craddock [one of our early TV chefettes] used to soak heart in milk, stuff it and call it mock duck.  Why I don't know.  I was a child at the time it was all beyond me.  But it did taste good, especially with my Mum's tomato sauce [meat stock and tomato puree or if you prefer ketchup].

Liver is delicious with onions, bacon, sliced oranges, balsamic vinegar [added at the very end of cooking], or with madeira or marsala poured over at the end of cooking. It can of course also be made into liver pate and there must be a million recipes for liver pate including some very unusual ones using anchovies and dried fruit. In Denmark a version of liver pâté, known as "leverpostej" is considered a national dish. The 5.5 million Danes consume roughly 14,000 tons of leverpostej per year.

Kidneys are just nice cored and eaten with a mixed grill. Steak and kidney pie or pudding (typically featuring veal or beef kidneys) is the food of the gods for us northern folk.

Haggis - Haggis is made all over northern Europe and Scandinavia although it is not called haggis even though the ingredients tend to be similar.  The traditional Scottish haggis consists of sheep stomach stuffed with a boiled mix of liver, heart, lungs, rolled oats and other ingredients. Quite a lot of pepper seems to be used. It is good with boiled mashed swede and carrot mixed [so called neeps]

Faggots are made from ground or minced pig offal (mainly liver and cheek), bread, herbs and onion wrapped in pig's caul fat.  They go well with a lightly tossed rocket and baby leaf salad [I'm joking - or maybe I'm not].

Brawn is made from a collection of meat and tissue found on an animal's skull (typically a pig) that is cooked, chilled and set in gelatin made from the boiled bones. Herbs are added for taste. Recipes exist all over Europe and Scandinavia. Versions of brawn are often served on rye bread as an open sandwich with garnish of cucumber slices or dijon mustard and pickled beetroot or gherkin.

Black pudding is made from pig's blood occasionally with oatmeal made into sausage-like links with pig intestine as a casing, then boiled. It is wonderful with apple puree. The French, British, Germans, Dutch, Scandinavians and Belgians compete in competitions for the best black puddings.  It is part of the traditional English breakfast.

Brain - one of my more memorable experiences was to eat in a French working lads hostel where I was served boiled brain - just boiled brain in a sort of raised plate swimming in clear broth.  It was a light grey in colour.  I was hungry, I ate it.  Even the French can fail gastronomically sometimes.
Fried-brain sandwiches are a speciality in the Ohio River Valley.

Manly bits - And lest we forget, Rocky Mountain oysters or prairie oysters (beef testicles) are 'a delicacy eaten in some cattle-raising parts of the western US and Canada'. Turkey Fries (testicles) are served in restaurants in Nebraska. 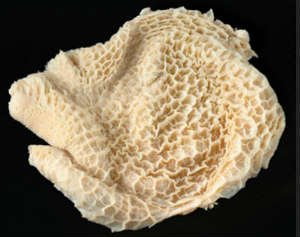 Tripe is made from the stomachs of various farm animals. People from Lancashire and Yorkshire have a tendency to think of it as their national dish. Men and women from this region eat it raw with vinegar standing stark naked in the snow as a test of virility [no I'm joking – or maybe I'm not]. But it is eaten throughout the world. To 'dress' the tripe the stomachs are cleaned and the fat trimmed off. It is then boiled and bleached giving it the white colour more commonly associated with tripe. It remains a popular dish in many parts of continental Europe such as France and Italy. In France, a very popular dish, sold in most supermarkets, is 'Tripes à la mode de Caen'. The following list may seem overkill, but I wanted to demonstrate that with imagination you can make most things tasty and nourishing. Tripe dishes include:

All the following tables are derived from the USDA Nutrients database for Standard Reference  Release 26   Software v.1.3.1.  As can be seen, offal is rich in vitamins and minerals, low in fat, and low in carbohydrates and sugars whilst supplying energy. 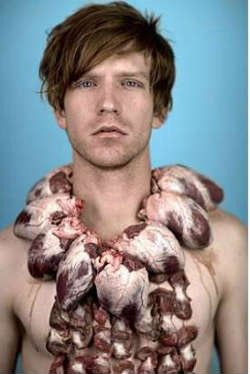